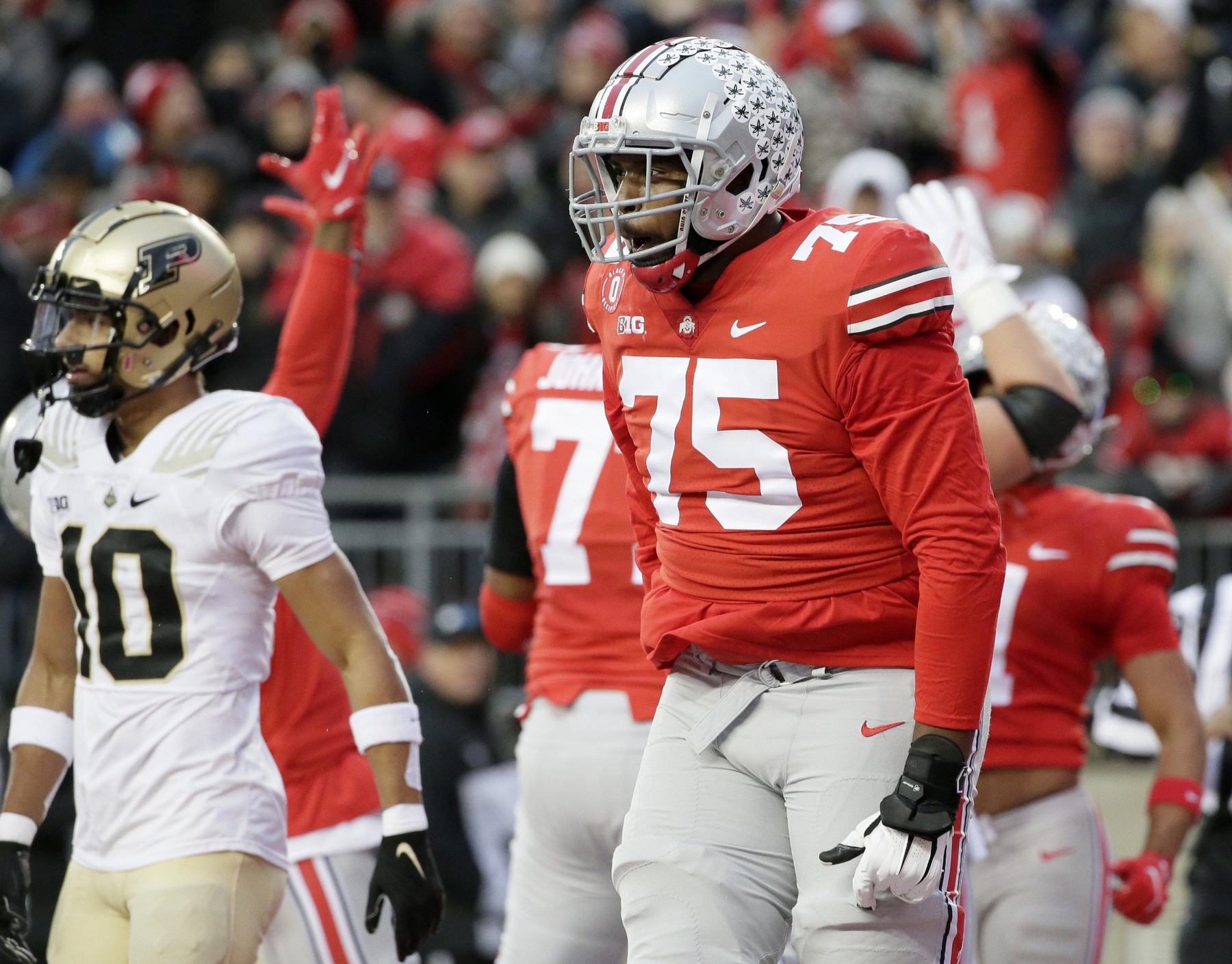 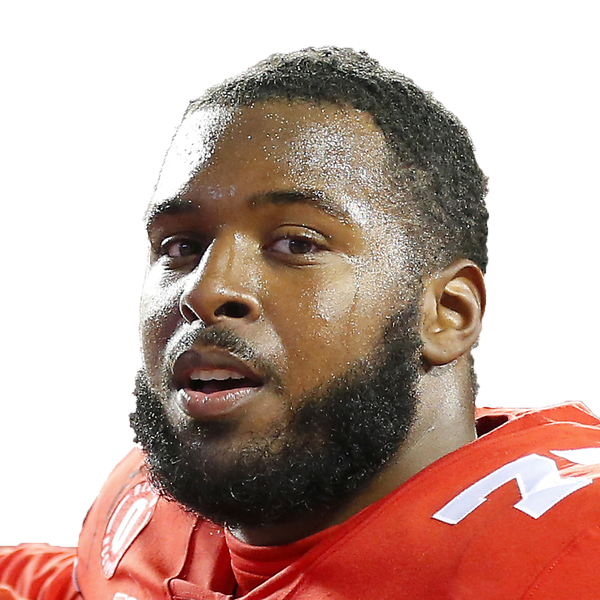 He does have the kind of positional versatility that can appeal to NFL teams as a utility player. His inside/outside versatility is always going to be scheme-dependent; I’m not sure I’d like him in a deep-set vertical passing offense at either spot but especially at tackle unless he’s able to find more range and quickness in his feet. Sufficient length is present to play outside.

Ohio State offensive lineman Thayer Munford will appeal to NFL teams for his stature and versatility as a player. He’s been charged with holding a number of roles as a starter on the Buckeyes offensive front, most recently as the team’s starting left guard aside Nicholas Petit-Frere in 2021. Prior to that, Munford served as the team’s left tackle in 2020. He’s got the strapping frame to be an NFL tackle if need be, but his most recent play has cast some doubt on a projection there. Munford now, with a successful career at Ohio State behind him, will be an option for NFL teams who run a lot of inside zone concepts as the Buckeyes have offered him as both a tackle and guard. There’s prototypical size here for Munford but his movement skills appeared to regress in 2021. I do appreciate the flexibility and willingness to kick inside to guard this past season but that sacrifice, combined with his play, has left a bit of a sour taste; I’m hoping to see a more dynamic and fluid version of Munford at the pro level, particularly if he’s left inside for his NFL home. I thought 2020 was Munford’s best campaign with the Buckeyes. He took a massive leap forward that season relative to his 2019 play, but 2021 saw a bit of a regression back to his norms across the full depth of his career in Columbus. He’ll enter the 2022 NFL Draft process with some questions regarding consistency as a result.

Scheme tendencies: High frequency of inside zone in the running game

Competitive Toughness: I have an appreciation for Munford’s effort up front, particularly in close quarters, but I didn’t necessarily think he played to his frame at times this season. He got railroaded by Aidan Hutchinson in the big clash against Michigan—a sight that is difficult to forget. His effort level doesn’t wane and he’s consistently doing his part to work with the flow of plays, but I wouldn’t classify him as a bully or a tone-setting player up front.

Balance: There were some instances on film where Munford was late with his hands and when he’s absorbing blows, he has been guilty of getting knocked around some. He showed a tendency in 2021 to overextend himself as well play too far out overtop of his toes, locking his lower half and preventing sustainability to his blocks. He needs to be aware of his posture and anticipate angles better to keep him within his frame.

Anchor Ability: In the instances in which Munford is well framed and syncs up his hands, he’s plenty effective in absorbing power rushes and sitting down on rushes. Getting him into that position is the challenge and too often his base is frozen or his hands are late from his carriage and I’m not sure he’s got the core strength to absorb and recover with consistency.

Lateral Mobility: Munford could best be described as modest here. He’s a sufficient NFL athlete for the interior but his ability to reach or get seal angles on down blocks hasn’t yielded enough wins to consider him someone I’d advocate for playing in a wide zone system or asking to serve as a puller outside in space.

Power at POA: He’s not the most sudden or dynamic, but Munford has ample power to his punches and offers sufficient movement skills laterally to combo block and generate movement on some of the Buckeyes’ inside zone concepts that require establishing some space off the line of scrimmage.

Hand Technique: Munford is guilty at times of catching hands and carrying his own too low to offer the stiff stun punch that he’s capable of. This issue is most notable on the inside hand and Munford can be vulnerable to getting knocked off his base in the event that defenders catch him here, opening the gate to work inside. The good news is that his length offers a bit of wiggle room for his strike timing and if he’s able to sync his punch, he can be quite effective in this regard.

Football IQ: Munford’s experiences have him well prepared from a look perspective. I do feel as though he showcased an effective understanding of his assignments and how to handle exchanges and defensive flow in real-time, but his ability to execute offers erratic results. I’ve seen some false steps out of the blocks, some errant strikes and mistimed punches, and his angles to anticipate the speed of flow from second-level defenders hasn’t been consistent enough in 2021.

Versatility: He does have the kind of positional versatility that can appeal to NFL teams as a utility player. His inside/outside versatility is always going to be scheme-dependent; I’m not sure I’d like him in a deep-set vertical passing offense at either spot but especially at tackle unless he’s able to find more range and quickness in his feet. Sufficient length is present to play outside.

Pass Sets: Munford has, at times, taken ambitious sets in pass protection and overset, so more vigilance is required here moving forward. Munford in pass protection is better against tight-angled rushers, as he can utilize his steady cadence to take depth and keep rushers in close quarters—so I do think ultimately the best path to success lies inside.

Flexibility: This appears to be a phase of Munford’s game that is never going to be a true strength. He’s built well, but his hinges aren’t overly fluid and I thought his bump in play from 2020 was more so a product of him playing within himself and understanding his athletic limitations. He’s not especially notable in his abilities to work across the top of defenders in reach situations and his ability to drive back against his set for stunts isn’t particularly dynamic.