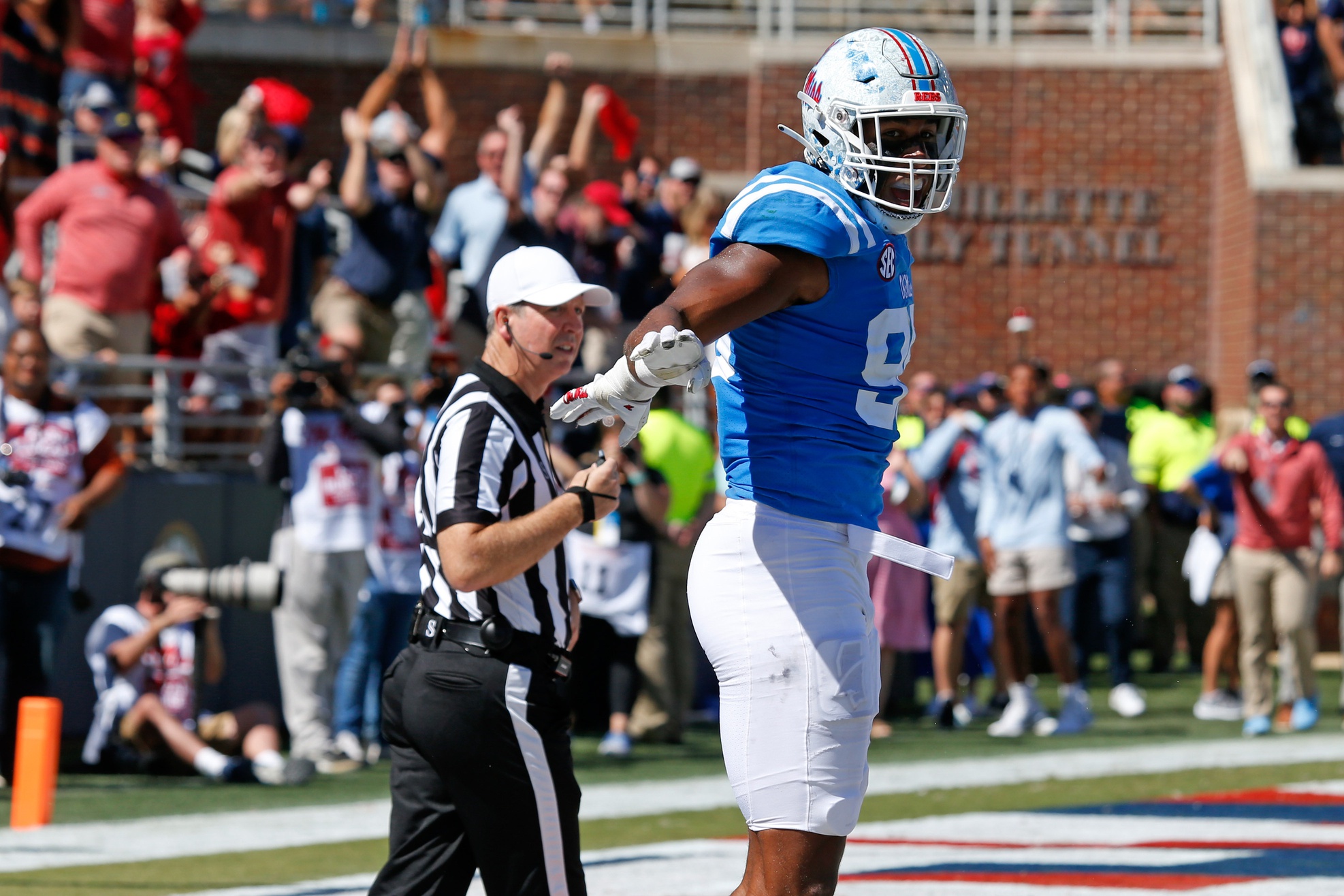 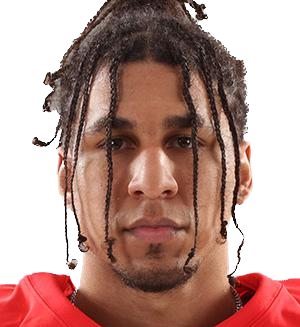 Tavius Robinson is a senior defensive lineman for the Rebels who is from Canada and started his collegiate career playing football at the University of Guelph in Ontario, Canada. Robinson transferred to Ole Miss for the 2021 season, where he was an important rotational player and then became the full-time starter for the 2022 season. At 6-foot-6, 260 pounds, Robinson has rare measurables. Combined with his natural athletic ability, he showcased some high-level plays as an edge defender. Robinson’s radius and range as a defender made him an impactful player in 2022.

Robinson plays in a system that runs multiple fronts, which changes his alignment and overall effectiveness as a player. Robinson has shown to be most effective when he is aligned on the outside edge of the tackle in a traditional 5-tech or wide-9. Against the run, Robinson can use his length to quickly get into offensive linemen, lock out, and set the edge of the defense effectively.

As a pass rusher, Robinson is best when he is in a four-point stance and can explode out of his stance and use his speed to win around the arc. Robinson has natural athleticism to take an inside or outside track and move laterally to execute counter moves. Robinson’s length when rushing the passer shows to be a difference maker. Reps for most players that may result in a QB pressure end up in a sack or forced fumble due to his arm length and ability to be disruptive.

Robinson’s deficiencies as a player show when he is aligned on the inside of an offensive tackle where he has to be involved more as a run defender. Robinson has a lean frame and playing alignments that are more involved in run defending put his strength-at-the-point-of-attack issues on display.

Overall, Robinson shows to be best as an edge rusher who has great length and athleticism and has the potential to be an impactful pass rusher in the NFL.

Tavius Robinson NFL Draft Scouting Report. Add him to your big board here.