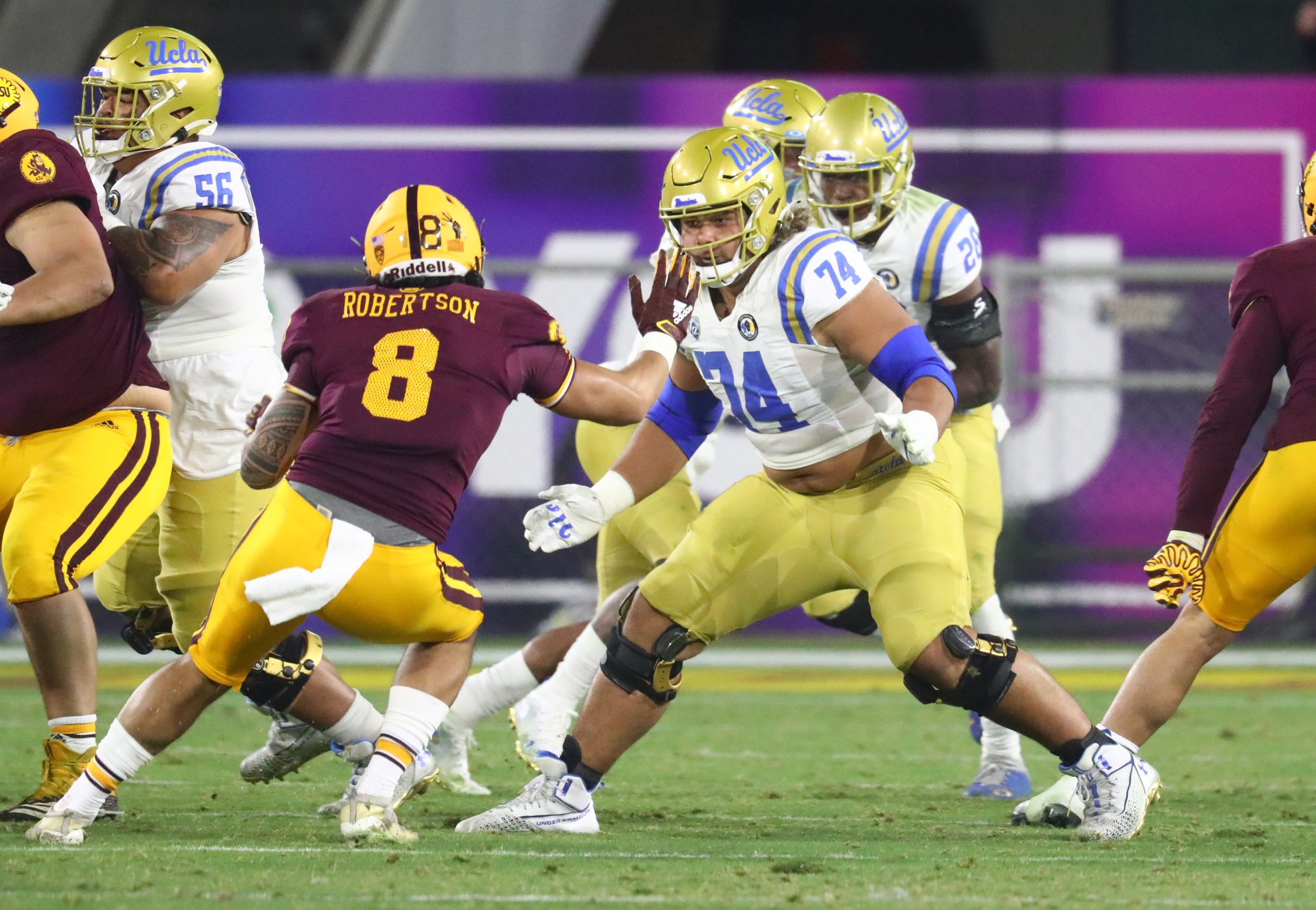 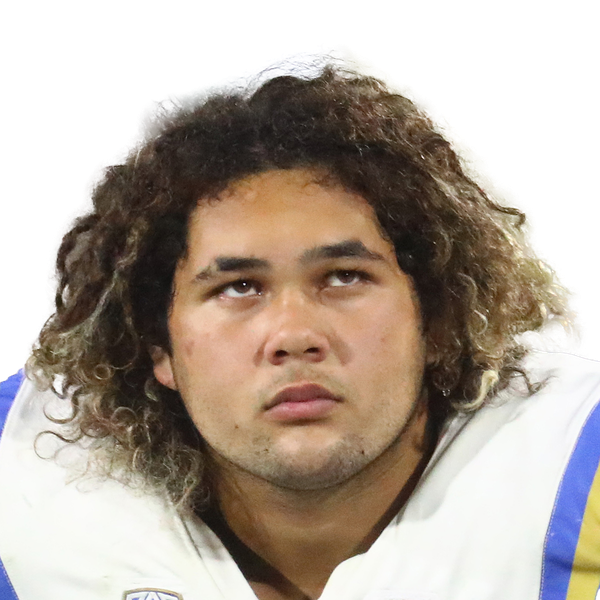 A move inside would make him a high-level athlete on the interior.

He plays the game with good balance when he is in his pass set and as a run blocker. He rarely has a rep where he’s in compromising positions and ends up on the ground. His ability to bend well helps him get his body in advantageous positions.

Does not appear to have the strike zone to continue on the outside.

He lacks the ideal length for the tackle position. While he is a good enough athlete to survive at tackle, longer defensive linemen will give him problems on the perimeter. However, if moved inside to guard, this isn’t that big of a concern.

His hands and punch are exceptional. He has very good timing and an explosive upper body. Although his lack of ideal length sometimes gets him in compromising positions.

Sean Rhyan is a very good athlete with regard to quickness, mobility, and body control. In the run game, he comes off the ball hard to generate vertical movement. He effortlessly gets out of his stance and can get to the edge and reach block an end. He plays with good natural leverage and has good body flexibility in his hips and ankles. He is a very good helper on combo blocks and easily gets to the second level.

In the passing game, he has powerful and explosive hands in his punch. His lack of ideal length on the perimeter can give him issues against longer defensive linemen. He is fluid moving laterally when handling the cross face by defenders. He plays with good balance and is rarely on the ground. In the NFL, while some may try him at tackle, I believe his skill set is better suited at guard. He lacks the ideal length and this will give him issues in the NFL at tackle but he should grow to be an exceptional guard.

Scheme Fit: He can play in any scheme but would excel in a power run scheme

Pass Set: He demonstrates good ability in his pass set. He is fluid and easily redirects laterally. There is very little wasted movement in his set and this will only be magnified if moved to guard.

Lateral Mobility: He is exceptional at moving laterally. He is fluid and easily reacts to the cross face with efficiency. He can also get to cut-off when he is on the backside of run plays.

Football IQ: He has a high-level football IQ. He will have no issues handling the responsibilities of an interior offensive lineman. His instincts will help him handle the speed of the game for an interior player.

Anchor: He has a very good anchor. He has good power in his body and easily sits in the chair to anchor against bull rushers. He also bends well, which assists him in his ability to anchor.

Power at POA: He has excellent power at the POA, particularly in his punch when he is in his pass set. However, you can also see his power when generating vertical movement in the run game.

Versatility: He has aligned at tackle during his career. However, he is likely best suited at right tackle or inside at guard. His skill will easily translate inside and he should have no problems on the interior.