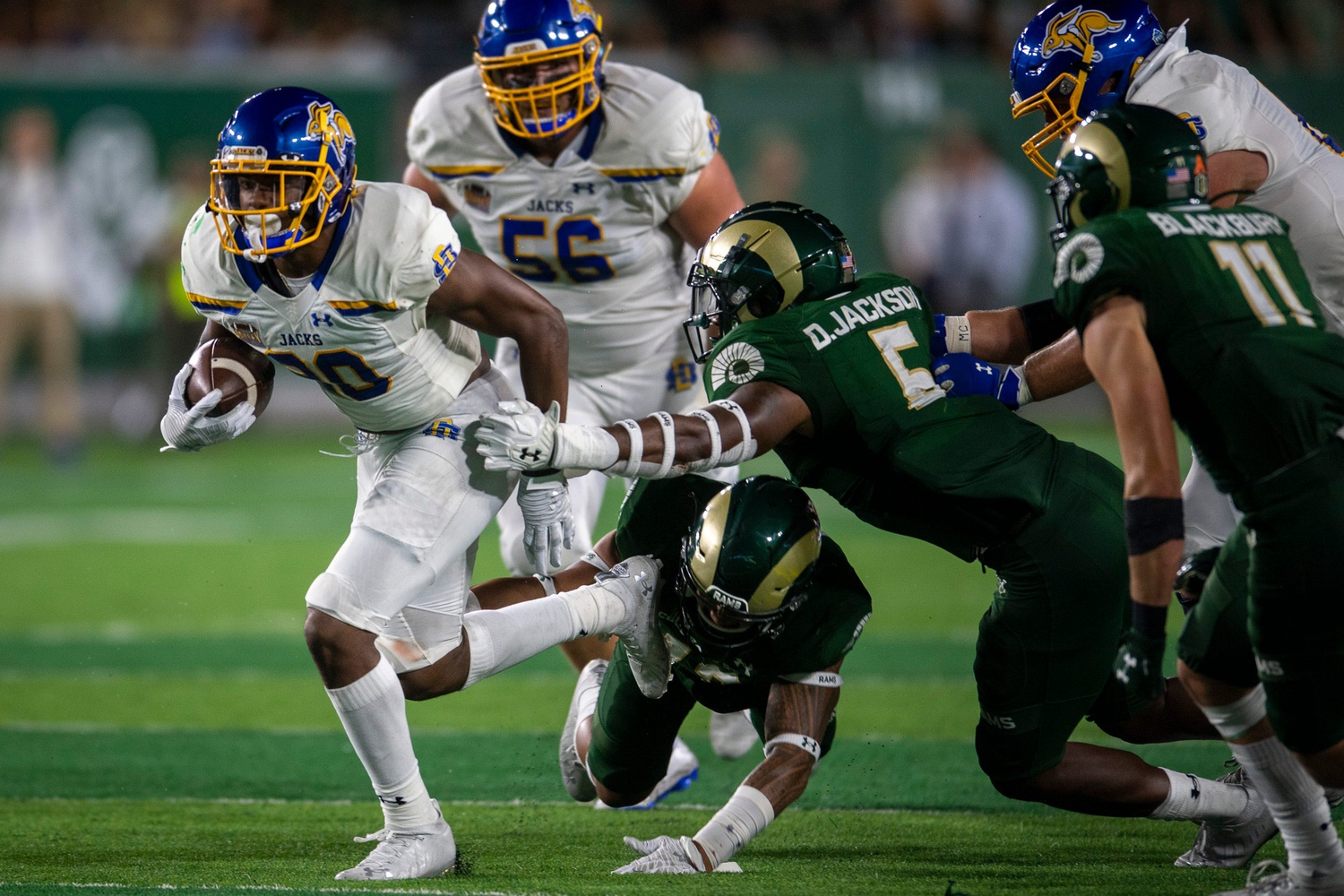 He displays elusiveness when he gets to the second level. He has very good breakaway speed to hit the home run. He has the footwork and vision to cut back against a defender’s weak arm.

In the box and through traffic, he runs with good vision and instinctive feel. He has a good feel for cut-backs against a defender. He also is good in zone-read situations from the pistol.

He has good explosive straight-line speed. He is not a dynamic mover in short areas with regards to dynamic agility. He quickly gets up to top speed when out in the open field.

Pierre Strong Jr. is a good athlete with good straight-line speed while showing good body control as a runner. In the passing game, he’s shown sufficient hands out of the backfield. He is a definite threat in space when he gets the ball on a check-down. He is physical and willing in pass protection but should be better in this regard with pro coaching. In the run game, he is a slasher-type runner that has been extremely productive at the FCS level. He is a good decision-maker who has a good feel for weak-arm cutbacks on a defender. He runs with good vision and instinctive feel in traffic. He will not be a back who breaks many tackles or a back who consistently creates when nothing’s there. He also has a lot of clear air production in their system. However, he has redeeming attributes in his vision, footwork, and home-run potential. In the NFL, he would be an optimal fit in a zone run scheme, ideally as a complementary piece who could also remain on the field on passing downs.

Footwork: He has good footwork which helps him maintain balance after contact. His footwork also allows him to get extra yardage in space. He can stick his foot in the ground and get upfield to gain yardage.

Contact Balance: He has sufficient-level contact balance for the FCS level. However, this will likely not be his strength in the NFL. He’s more of a slasher who will not break many tackles in the NFL.

Durability: He has been durable in college. He is not the biggest or strongest back. As a result, limiting his touches by making him a complementary piece should maximize the output.

Versatility: He lacks true versatility. I don’t believe his ideal role is as a lead back in the NFL. He should be predominantly used as a change-of-pace running back who complements another piece.

Passing Down Skills: He doesn’t have a lot of production in the passing game. However, he shows the ability to catch check-downs and be a threat in space. However, pass pro will be something to monitor in the NFL.

Discipline: He runs with discipline. However, there are moments where he looks to hit the home run and will abandon the front-side play.