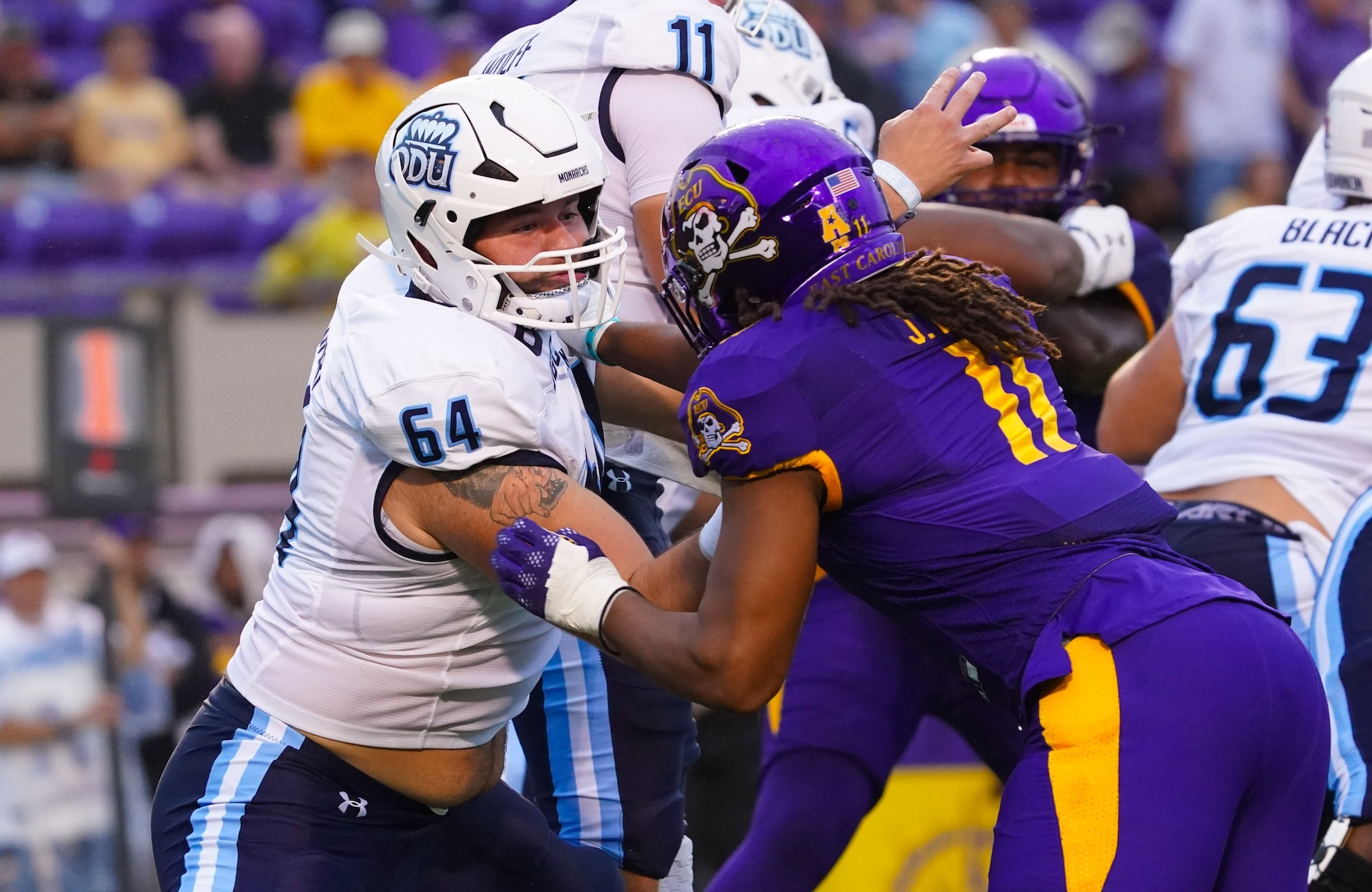 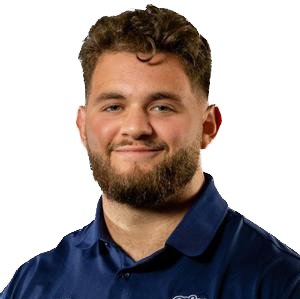 Nick Saldiveri was a two-star recruit in the 2018 class and is now in his fifth year with the Monarchs. He has put together a fruitful career consisting of more than 30 starts as well as earning second-team all-Sunbelt honors this season.

Saldiveri’s game is really, really solid. I found myself falling in love with his foundation as a pass-blocker. He plays so well within his body, never looking out of control, and does a great job keeping his weight distribution consistent to avoid being overpowered. To add to his strong body control and balance, he plays with really reactive feet, making him able to laterally stem inside to counter outside-in rushes that he often sees when opponents realize they won’t be able to get around him. Saldiveri makes his opponents run the loop and is able to wash them out of the play due to a really strong punch and fast-moving feet.

When put up against tight shades, I’d like to see Saldiveri add more variation to his set and stay within the inner half of his man. Occasionally, he would overset the defender and have to quickly recover—getting beat inside off the snap is demoralizing for a quarterback to see and throws off the entire rhythm of the play. Fixing this habit will be crucial for him to prove to be a serviceable option at tackle, but I have full faith that he will be able to do so.

Another aspect of Saldiveri’s game that needs some refining is his initial punch landmark, which sometimes leaves his outside hand on the outside shoulder of the defender rather than under the armpit. Saldiveri tirelessly fights to replace his hands inside to regain leverage, but against elite-level speed-to-power EDGEs, he will need to secure those hands inside early.

In the run game, I loved the physicality at the point of attack, but I’d like to see him get under the pads and finish blocks better. He’s lethal on downblocks and is able to wall off well on the backside. He is average at the second level, which is an area that I’d like to see more improvement in as he develops.

Overall, Saldiveri projects to be a high-floor potential starter in the NFL. While he doesn’t possess many elite traits that separate him from the pack, I believe he has all the tools to be serviceable immediately.

Top Reasons To Buy In:

Ideal Role: Swing offensive lineman who will be a strong reserve or serviceable starter

Nick Saldiveri NFL Draft Scouting Report. Add him to your big board here.