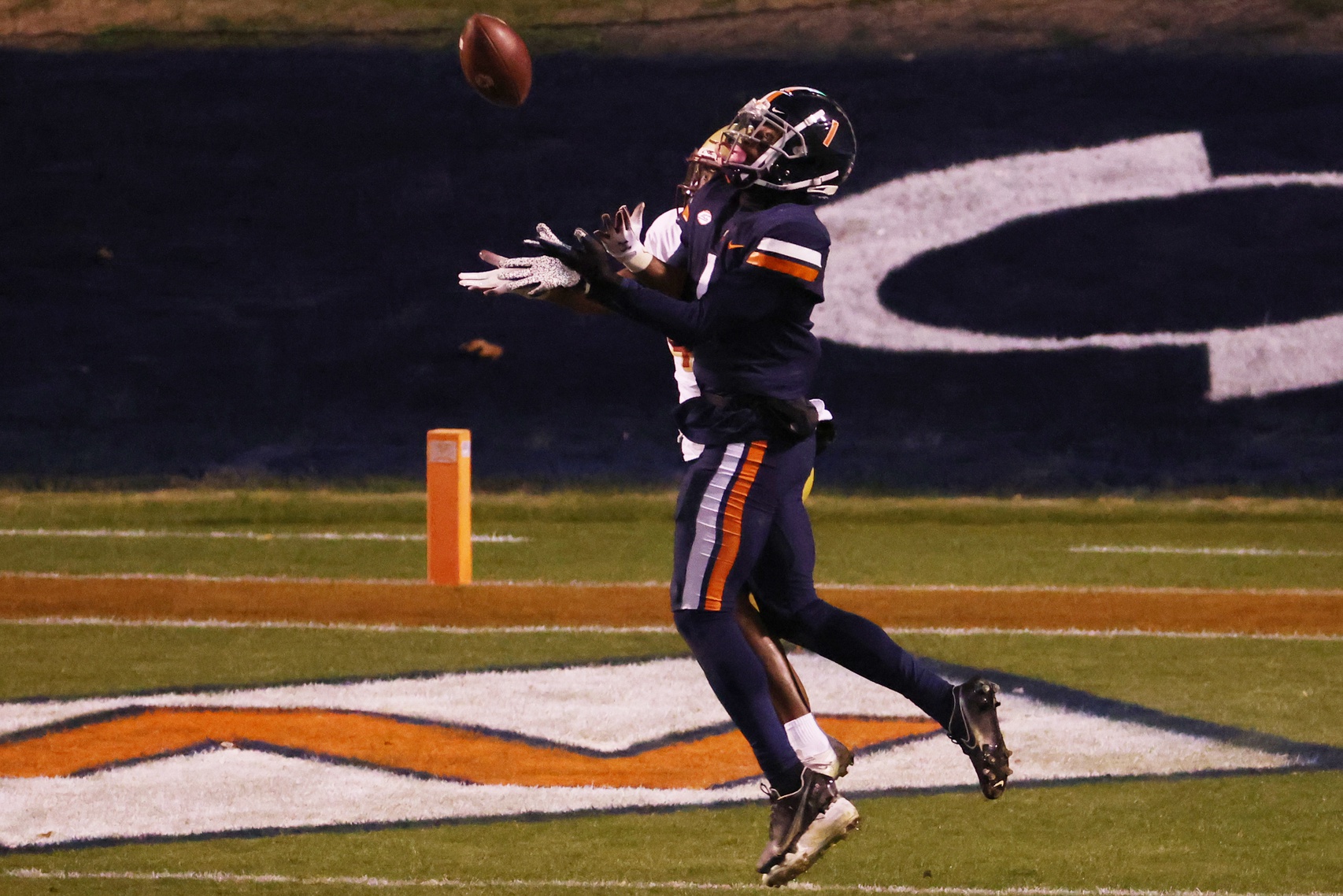 Grant is an interchangeable safety. I feel comfortable with him as a deep middle-third defender and in Cover 2 looks. He can situationally play man coverage from the slot. I like his downhill trigger against the run, but he needs to become a more consistent tackler.

After a high school career that saw him play wide receiver and cornerback, Nick Grant became a three-year starter at Virginia. A safety/corner hybrid for the Cavaliers, I like him best as a safety at the next level but some zone-heavy teams may see an option at cornerback. Grant is a sound processor with timely responses and he plays with urgency. I love his ability to trigger from deep alignments and play of contact in pursuit. In coverage, he understands how to space the field, take good angles, anticipate routes well, and has the ability to be disruptive at the catch point. When it comes to areas of concern, Grant is a high-cut athlete that isn’t immune to an occasional processing error against the run or pass. He also needs to clean up his tackling technique where his tendency to prefer to latch on from the side leads to far too many whiffs. He is a physical and urgent player which makes the tackling technique even more disappointing. Grant has appeal as a developmental starter and depth player that should be an asset on special teams where he has plenty of experience from his time at Virginia.

Football IQ: Grant is mostly a sound processor with timely responses and good angles. His route awareness is sound and he does well to play downhill and fit the run. With that said, he isn’t immune to filling the wrong gap or an occasional missed assignment in coverage. For the most part, he is consistent.

Tackling: Grant appears willing to be physical and is urgent in pursuit, but I am disappointed in his latch-on tendencies as a tackler. He will opt to side step and catch the ball-carrier from the side instead of consistently squaring up. The result of this is far too many missed tackles.

Range: Grant has sufficient range, although I would be apprehensive about regular duties as a one-high safety as he doesn’t have sideline-to-sideline range. He has good range in run support and can trigger from deep alignments. He maximizes his range with timely responses and good angles.

Ball Skills: I like how disruptive Grant is at the catch point. He gets his hands on a fair amount of footballs where his length and timing lead to disruption. He’s made some impressive plays where his tracking and ability to adjust shine.

Run Defending: I love so much about the way Grant processes and triggers against the run with urgency and good angles from deep alignments. With that said, his inefficient tackling yields poor finishes to plays. If he cleans that up, he can be an asset playing downhill against the run.

Functional Athleticism: Grant is a sufficient athlete that has good turn-and-run skills for a high-cut guy. He has good short-area quickness and speed once he opens his stride. He isn’t a plus athlete but at safety, he is sufficient.

Competitive Toughness: Grant is a physical and competitive player. He is willing to play off contact and take on blocks. He executes with urgency and a hot motor.

Flexibility: Grant has sufficient flexibility for a safety, but he is high-cut and transitions can be elongated. He isn’t overly springy but I wouldn’t label him as tightly wound. He has good short-area agility.

Special Teams Ability: Grant has plenty of experience on the kickoff, punt return, and punt coverage units and he projects well to contributing in those phases as well in the NFL. He does need to find more consistency as a tackler, but I do like how he plays off contact and is an urgent player.