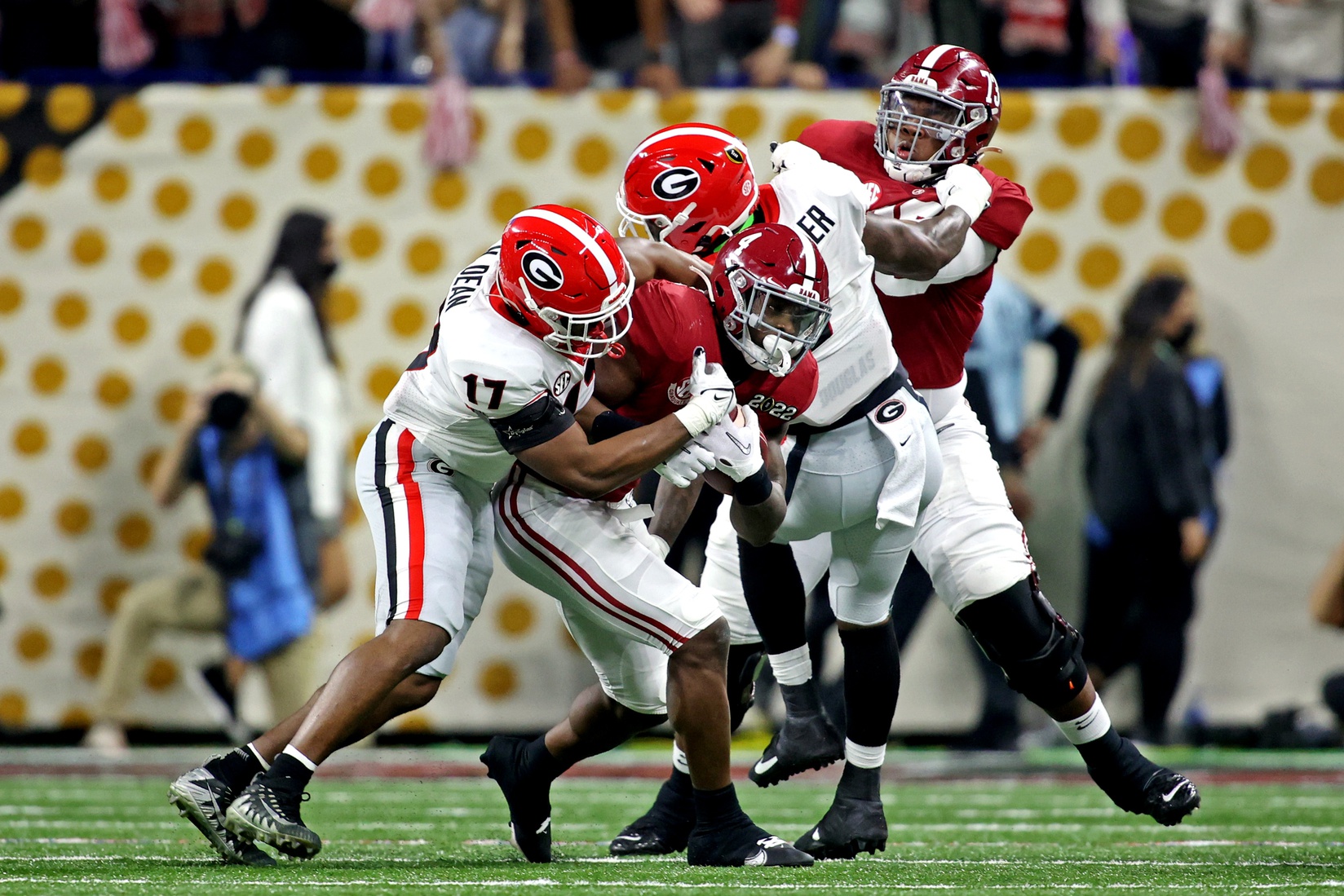 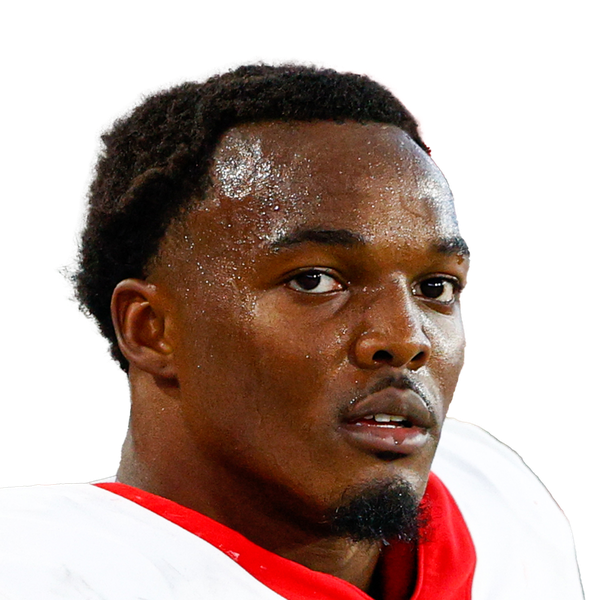 This is one of the best processors in this year's draft at any position. His play recognition skills are through the roof.

Dean has high-level football IQ. His instincts help him to play fast and quickly diagnose run/pass. He also is clever within the box, understanding how to defeat linemen.

Dean is fluid and offers plenty of range as a scrape defender to mirror the ball carrier in the run game.

Dean’s lateral mobility is good. He easily flows and scrapes to the ball-carrier. This is also evident in his subtle movement within the box to win and cross face of blockers.

Dean found the football plenty in zone coverage this past season and should have little issue finding a third-down role.

Dean provides good value in the passing game. His instincts allow him to get in the passing lanes to secure off-target throws in the short-to-intermediate areas. He is adequate in man coverage but instinctive enough to get enough depth and allow the ball to bring him forward.

Nakobe Dean won the 2021 Butkus Award as the nation’s best linebacker. He is a very good reactive athlete with regard to quickness and agility. He affects the passing game in a variety of ways. He can blitz inside and demonstrates very good closing quickness to the quarterback. He gets good depth in his zone drops while also showing the ability to cover running backs with ease. In the run game, he is very instinctive in the box. His team-leading TFL number speaks to the downhill, instinctive, and decisive effort he plays with.

He uses his good quickness to defeat linemen and beat them to the spot. He also does a good job shooting gaps to disrupt plays in the backfield. He can overrun plays when he doesn’t come to balance as a tackler, which causes him to miss tackles. When linemen are able to engage with him at the second level, continuing to improve at shedding inside will benefit him. Learning to consistently beat linemen with speed, agility, instincts, or stack/shedding will greatly benefit him as well. He excels, however, when plays are run away from him.

Ultimately, this is a three-down linebacker who will maximize his skill set if he is playing on the weak-side in a 4-3 scheme. This player’s decisiveness, instincts, and lateral quickness are reminiscent of Baltimore Ravens linebacker Patrick Queen.

Ideal Role: WILL OLB in the NFL, initially in sub but progressing to become a starter.

Tackling: He has very good tackling ability. He rarely misses tackles in space or in confined areas. He is well known for his uncanny ability to always be around the football.

Run Defender: He is a downhill player who quickly deciphers run plays. He defends the run well and is among the leading tacklers in the nation. His tackling efficiency is good and he rarely misses tackles in the box.

Block Deconstruction: His block deconstruction is adequate with regards to his projection in the NFL. He lacks length and this gets him in trouble at times in the box. When linemen get on him at the second level he can get overwhelmed.

Flexibility: He has an adequate amount of flexibility. He also shows the ability to get good depth in his pass drops.

Leadership: He is a high-level leader on the football field. He makes all the calls and easily gets guys aligned. He also is the emotional leader that his teammates look to during adversity.

Versatility: He doesn’t have true versatility. He is an even-front payer only who is best served playing covered up.