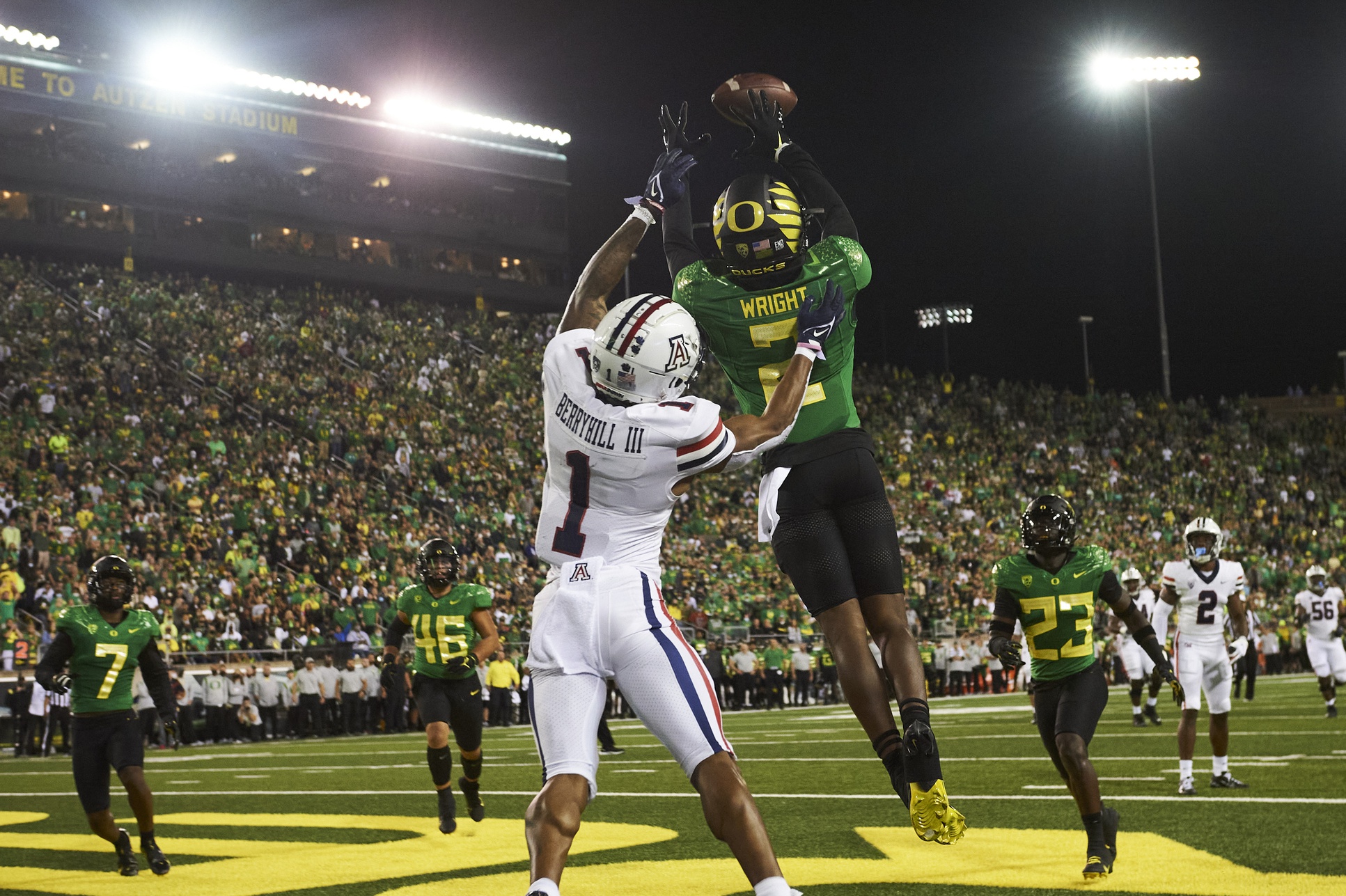 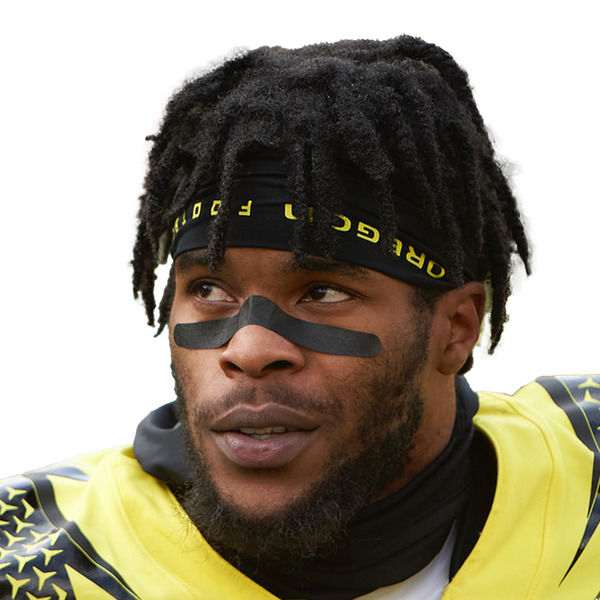 He has been a good tackler against receivers and easily limits yardage in coverage. However, he lacks ideal bulk and mass, which could be problematic for him tackling in the run game.

He has good ball skills. He easily closes separation and does a good job of getting his hands on the football. There are moments where his lack of length prohibits him from being better at the catch point.

Mykael Wright burst onto the scene as a true sophomore with an outstanding performance that garnered him first-team All-Pac-12 honors. He is a good athlete who demonstrates good body control, short-area agility, and quickness in coverage. In the run game, he’s sufficient as a tackler but presents the threat of bigger backs breaking his tackles. On the perimeter with receivers, he’s a much more efficient tackler and does a good job of limiting extra yardage. In the passing game, he covers very well in the short-to-intermediate range. He closes separation with quickness and his lack of true length forces him to put his body in better positions to get his hands on the football. He has been better in this regard in years past but hasn’t had the same type of output in 2021. In sub-package situations, he should primarily play inside, as his lack of length and bulk will be an issue for him outside.

Man Coverage: He has very good man coverage ability, particularly in the short-to-intermediate area. He closes quickly on underneath routes and shows good transition at the top of the route.

Zone Coverage: He’s very effective in zone coverage. Playing with his eyes on the QB allows him to use his instincts and ball skills to make plays. He also shows a very good understanding of route combinations.

Tackling: He has moments of good tackling on the perimeter. Because he is usually in phase in coverage, he often tackles receivers immediately after the catch. He is light at the point of attack, which can be problematic against bigger running backs in the NFL.

Versatility: He lacks true versatility, in my opinion. Other than his ability to be a return specialist, he will predominantly be an inside-only cornerback. His lack of length and bulk will be problematic for him outside.

Competitive Toughness: He displays moments of the necessary competitive toughness required for the position. He is competitive when closing separation in coverage, particularly underneath throws. He is very competitive at the catch point as well.

Functional Athleticism: He displays good functional athleticism in coverage. He has good hips and does a good job of staying in phase. He closes separation quickly on underneath routes.

Football IQ: He demonstrates good football IQ and instincts in coverage. In zone, he easily passes off routes in coverage. He covers with a high-level understanding of route combinations.

Length: He lacks the ideal length for the position. This forces him to be better with body positioning. His lack of length will keep him inside and could be problematic against bigger, more physical receivers.