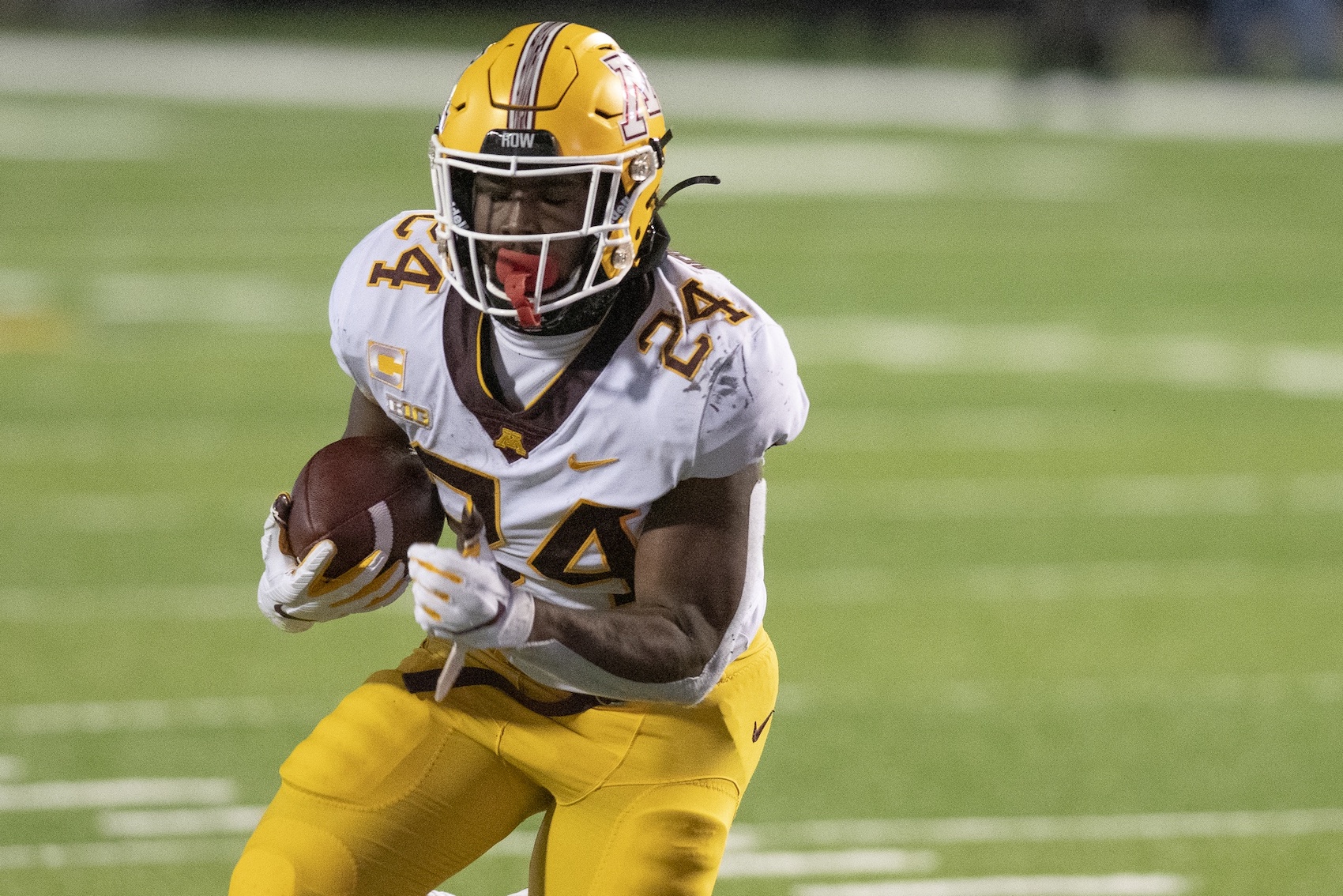 Pros: Mohamed Ibrahim is an incredibly fun, instinctual runner. He creates a lot of hidden yards for himself with how he sets up tacklers, churns his legs, and pushes the pile. He’s naturally instinctive in setting up holes to attack and his ability to string together anticipatory cuts for winning the line of scrimmage and setting up second-level tacklers to be out of position is fun to watch. He’s built low to the ground and uses that leverage to his advantage to play off of contact. Ibrahim is a short-strider as a runner but does have the ability to stick his foot in the ground and produce sudden change of direction with springy cuts as called for when faced with early penetration in the backfield to get him off his path. I have confidence in his ability to play in either interior zone or gap-rushing concepts. As long as you don’t ask him to tap into speed he doesn’t have to test the corner, you’ll get production out of him. And while he hasn’t been a prominent passing-game contributor, I do believe he can be a successful player in pass protection thanks to his sturdy frame and density to play with contact balance as is—the Gophers’ offense frequently implements RPOs, which avoid him taking true scan protection reps.

Cons: Age, durability, and explosiveness are all factors that work heavily against Mohamed Ibrahim’s favor as a prospect. Ibrahim spent the early years of his college career splitting time with other accomplished backs and by the time he was ready to stake a claim as the workhorse, it was 2020 amid the COVID-19 shortened season. Ibrahim was a monster that year with more than 1,000 yards rushing in seven games but made the decision to return and endured an extensive lower-body injury that cost him all but a few quarters of the 2021 season. Even before this injury, Ibrahim was not an explosive back and did not offer a lot of value in footraces to the edge—he was a balance runner who succeeded with vision, cuts, and contact balance. He’ll still have those factors, but will he see a return to the level of athleticism that he previously displayed, which was already limiting? And no matter how good his play is, he’s a back that is coming off a major injury and has multiple lower-body injuries on his ledger. As a 25-year-old rookie in 2023, I’m not sure he’ll be drafted based on those principles alone.