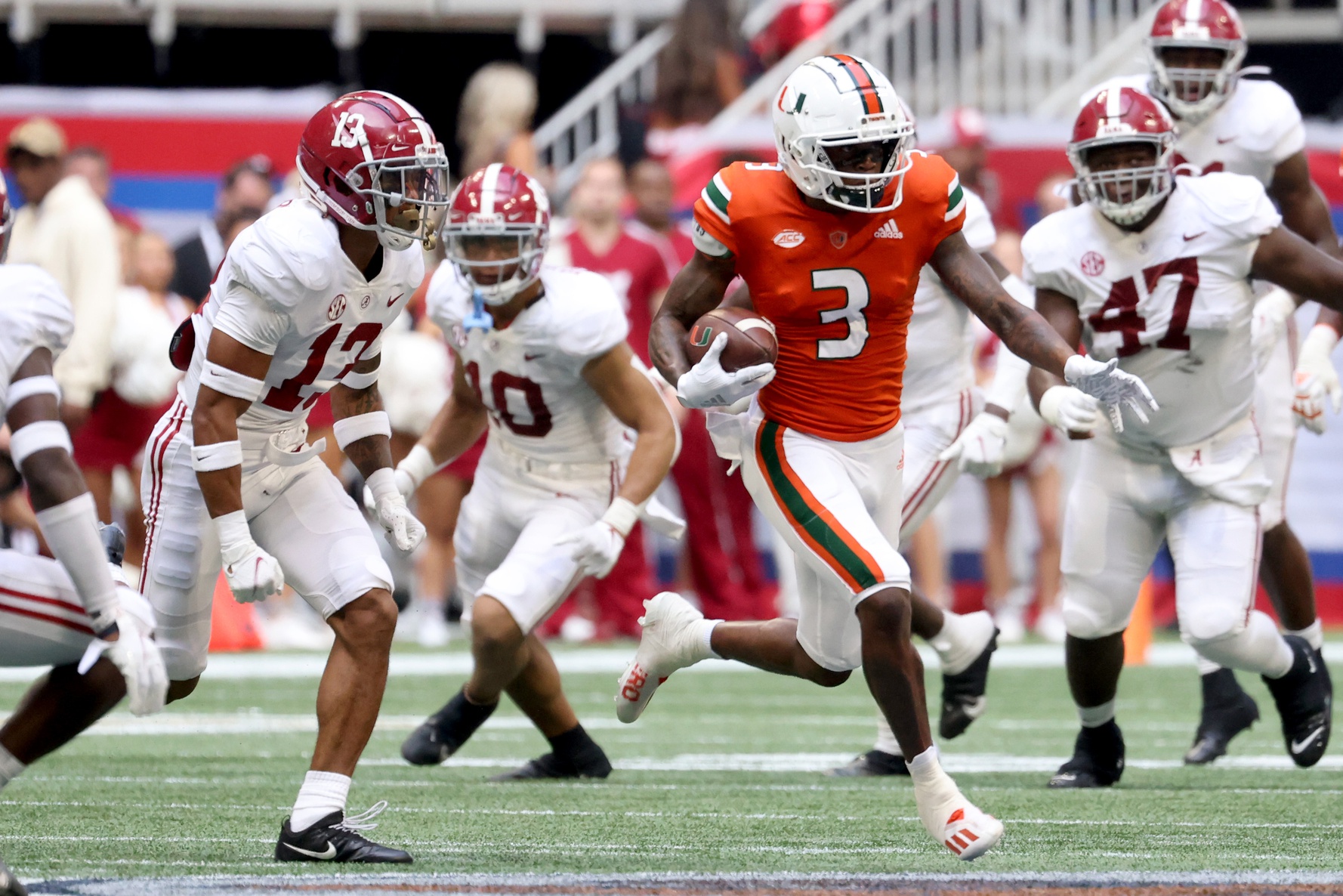 Harley has the speed to generate yards after the catch. He lacks open-field elusiveness or wiggle to force missed tackles consistently. On quick screens, he is patient and gives his blocks time to engage.

Mike Harley was a consensus 4-star recruit out of St. Thomas Aquinas High School. The speedster from Florida was a participant in the U.S. Army All-American Game. According to 247 Sports, he ranked as the No. 41 wide receiver and No. 40 overall player in Florida. Harley has the long speed to take the top of a defense.

Route Running: Harley’s route tree is of the short-to-intermediate variety: Slants, outs, bubble screens, overs, and curls. He offers a quick option with long speed to take it the distance. He uses his speed to sell vertical routes before snapping at the top of his stem on curls and out-breaking routes. He rounds his routes instead of breaking them with sharp cuts.

Hands: Harley showcases soft, reliable hands. He plucks the ball away from his body with good extension. He displays confidence to snatch off-target passes.

Separation: Harley is a high-cut route-runner. He needs to improve his pad level and drop his weight to create better separation. He faces mostly off coverage and uses the cushion against the defensive back on routes coming back to the quarterback.

Release Package: Harley was given many free releases and not challenged at the LOS. His release package leaves a lot to be desired. He is aligned in the slot and stacked formations to create more free release opportunities.

Ball Skills: Harley tracks the ball well in flight. He is not placed in contested-catch situations. In difficult catch situations, he will rise and pluck the ball from the air.

Football IQ: Harley locates and sits in the soft spots of zone coverages. He identifies scramble drills, detaches from coverage, and makes himself available for his quarterback.

Versatility: Harley predominantly aligns in the slot, mostly in three-wide-receiver sets. He is not on the field with 12-personnel or traditional two-wide-receiver sets. Only played 17 snaps this season on special teams. Over his career, he has 18 total returns.

Competitive Toughness: Harley competes in the running and screen game as a blocker. Defenders are able to out-physical him, but he does not quit on his assignment.

Big Play Ability: Harley possesses the speed to generate big, explosive plays downfield. Miami’s offense did not utilize him according to his athletic profile. He was targeted nine times downfield, converting on four of those opportunities with two touchdowns. Given a better suited role and assigned routes, Harley can stretch the defense vertically.