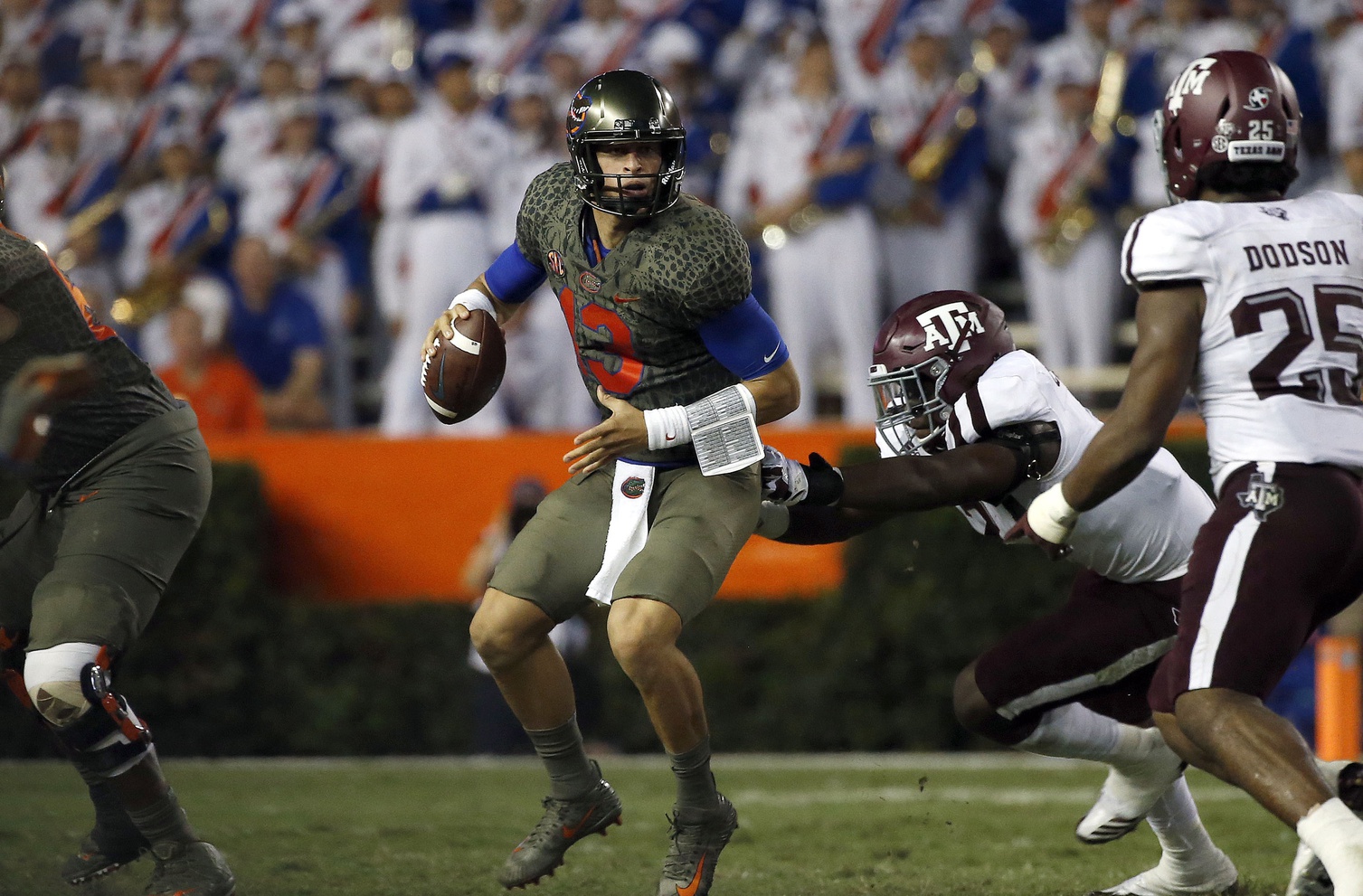 Clemons has a good pass-rush repertoire. He effectively uses a two-hand swipe to counter offensive linemen trying to get hands on him. He will also use a timely chop and rip maneuver to get around offensive linemen in his pass rush approach.

Micheal Clemons is a senior defensive lineman that transferred into the Texas A&M program from Cisco Junior College. Clemons has started for the last two seasons at defensive end. This past season served as Clemons’ most productive season as he was able to accumulate seven sacks with his most productive outing coming in the season finale against LSU (three sacks). Clemons plays as an edge defender playing in both the two-point and three-point stance. From the two-point stance, he is able to burst out of his stance and blow past offensive linemen. He can also use his exceptional length to set the edge against run plays that are directed his way. Clemons is a good athlete that with further development flashed the potential to be a productive edge rusher in the NFL for the foreseeable future.

Ideal Role: A edge rusher that can effectively set the edge while also applying QB pressure.

First Step Explosiveness: Clemons is an edge defender that flashes the ability to have a great first step. When he is in a three-point stance and able to generate power and quickness out of his stance, he is able to get off the ball quickly and get great leverage on offensive linemen. Clemons needs improvement consistently getting off the ball quickly.

Hand Power: He has strong, violent hands that he uses to defeat blocks at the line of scrimmage. His best utilization of his hands is in his pass rush maneuvers. He uses his hand power to quickly swipe offensive linemen’s hands away and blow past them to pressure the QB.

Run Defending: Clemons is an effective run defender. He battles with offensive linemen to maintain the line of scrimmage as an edge defender. Clemons could use improvement on block identification.

Effort/Motor: Clemons’ motor is displayed in his willingness to battle with offensive linemen at the line of scrimmage to maintain gap integrity. He will also put in the effort to chase down run plays from the backside of the play. He is a high-effort player that gives max effort on every play.

Football IQ: Clemons has a functional football IQ but can use improvement in certain areas. Against the run, Clemons struggles to identify blocks that are being utilized against him, which allows the offense to effectively block him at times. He also needs to develop a pass-rush plan. He often approaches an offensive lineman with one move in mind and doesn’t have a counter move that would allow him to continue to work toward the QB.

Lateral Mobility: Clemons’ lateral mobility is affected by his frame. Clemons has a long lower half that negatively affects his ability to quickly put his foot in the ground and change direction. Moving laterally is a stagnant process for Clemons. His lateral mobility affects his pass-rush counters because the counter move isn’t quick enough to beat offensive linemen to a spot.