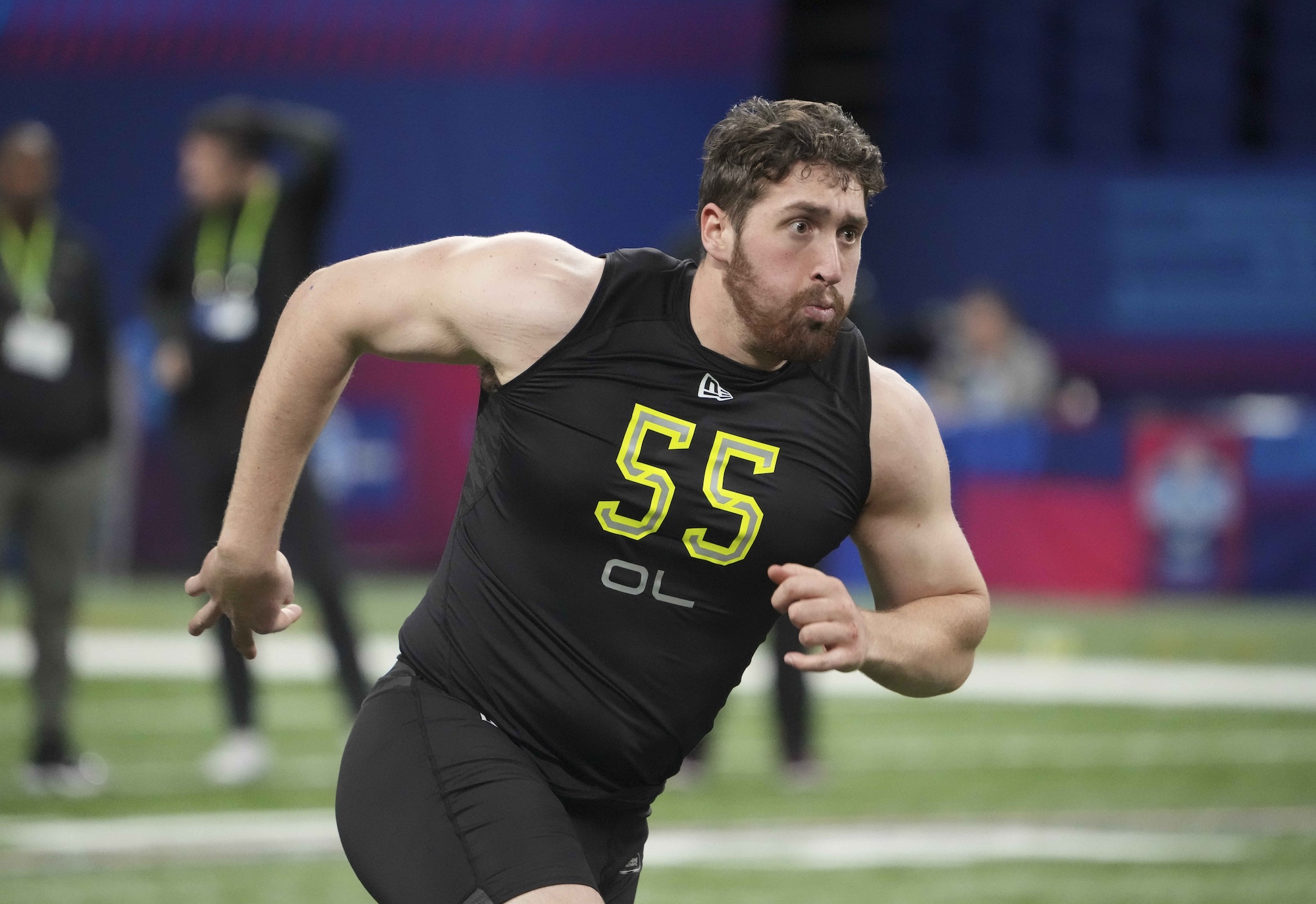 Waletzko wasn’t challenged at North Dakota like he will be at the next level, but he framed blocks by reaching his set points with consistency in college. He very easily set up roadblocks while swallowing up rushers. I mostly like his ability to keep his feet engaged, stay square, redirect, and maintain the width of the pocket.

Waletzko has ideal temperament as a blocker, looking to uproot and move bodies against their will. If he gets an angle or leverage point, he wants to put his opponent on the ground. He’s active on every rep and continues to look for work.

Waletzko is highly regarded for his leadership and what he brought to North Dakota, which gives us some clues about his football character and bodes well for his overall football intelligence. He is an alert football player that functions with good timing and a commitment to technique.

Matt Waletzko became North Dakota’s starting left tackle during the 2018 season and held down the position through 2021. A season-ending injury in 2019 ended his campaign after six games but he was fully healthy in each of the past two seasons and emerged from the small-school ranks into an NFL prospect. Waletzko offers an appealing blend of mobility, length, and football character. He has vines for arms and good short-area quickness which makes him a highly effective pass blocker. He has good temperament in the run game and is especially effective widening lanes in zone runs with his lateral movement skills, length, and tenacity. Obviously, the jump in competition from the FCS to the NFL presents challenges for Waletzko, but he has a sound foundation of traits to build upon. When it comes to areas of concern, Waletzko needs to play with better bend, add core strength, and find more consistency with how he fits his hands so that he sustains blocks better in the run game. He has some issues with falling off blocks where his contact balance can be called into question. It is worth noting that his opponents in college wanted to work around him as opposed to play through him and because of that, they frequently attacked his edges. Waletzko is a worthwhile developmental option that has quite a bit going for him from a frame and technique perspective that set him apart from other small-school offensive linemen in recent years.

Balance: Waletzko features a rangy frame and controls it fairly well. I like his overall movement skills and coordination when redirecting. His contact balance can improve with additional core strength and playing with better bend if possible.

Competitive Toughness: See Above. Lateral Mobility: I like Waletzko’s ability to slide and redirect in short areas to stay square in pass protection. He has sufficient range on the move and ND wasn’t shy about having him execute longer pulls and work toward the sideline. His lateral flow on outside zone concepts is ideal.

Length: Waletzko has vines for arms. His ability to play with extension in pass protection and overall reach is a major appeal in his package when combined with his mobility. He can really elongate the path of rushers and utilize his length in the run game to widen lanes.

Hand Technique: Waletzko has good punch timing and strike variance. Even with his long arms, his strikes are efficient and not elongated. I do think he needs to do a better job fitting and re-fitting his hands so that he can sustain blocks better in the run game. There are some instances of defenders getting to his edges and him falling off contact.

Anchor Ability: Waletzko’s anchor didn’t come close to being compromised from my exposures as he constantly swallowed up bull rushers. That said, he does have high hips and playing with ideal bend will be challenging at the next level. His length is an asset to his anchor in how he can keep opponents away from his frame.

Power At POA: Waletzko usually pushed around FCS linemen like you would expect a guy that’s on the NFL radar, especially when he had an angle or leverage point to exploit. That said, some drive block reps left me wanting more in terms of how he maximized the power in his frame to create movement in the run game. He’ll need to play with more consistent leverage and hand fits to succeed at the next level.

Versatility: Waletzko has the appeal of a swing tackle that can be cross-trained on both sides but only played left tackle in college. He’s a more appealing prospect for zone run schemes than gap. I like him better as a pass blocker than run blocker right now.