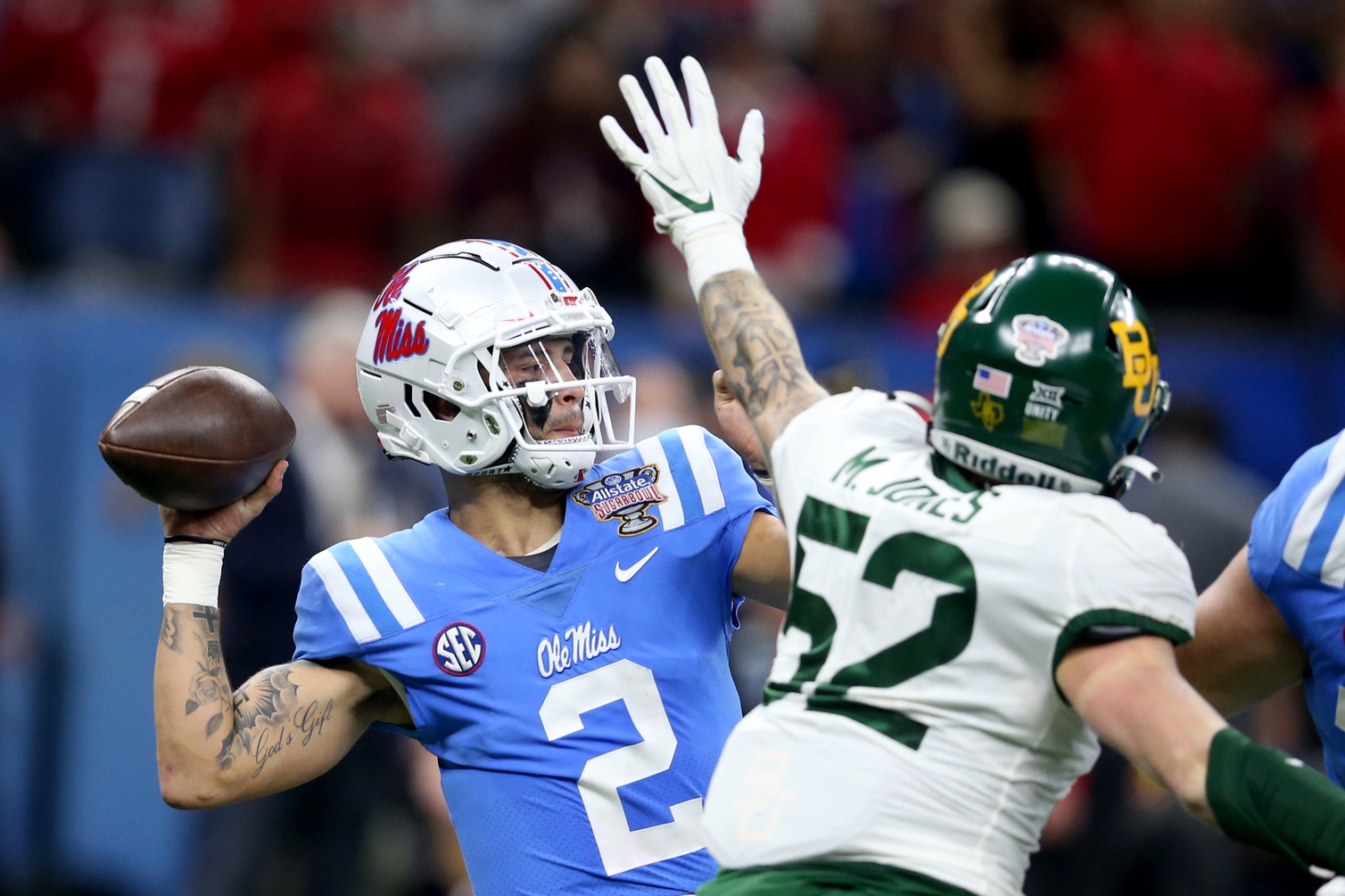 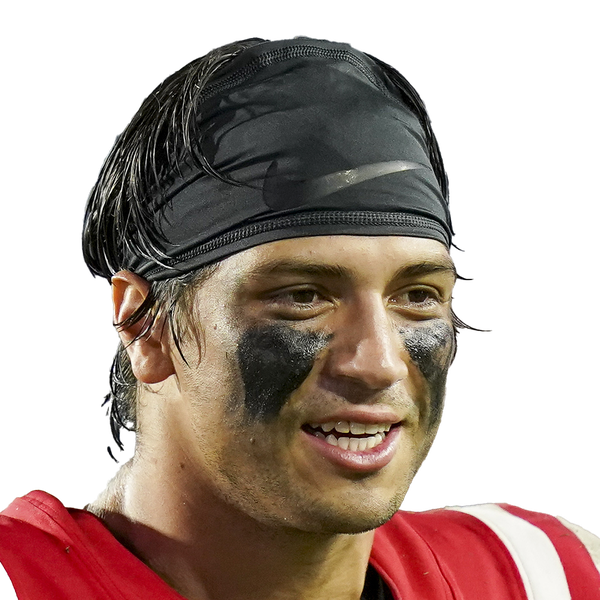 On-schedule throws are consistently on the mark.

Crisp ball handling allows him to win in RPO concepts and quick game.

He has a quick release when he delivers the football. This helps him to get the ball quickly from the mesh and out on the perimeter in the RPO game. He also does a good job of changing his arm angles to get the ball out due to his lack of elite size at the position.

Slippery runner who has above average athletic skills.

His mobility is one of his best attributes. While he will not be confused with Lamar Jackson, he does a good job of threatening the defense with his legs. He is someone who has to be accounted for in the read-option because of his ability to pull it from the mesh.

Matt Corral shows good athleticism when maneuvering outside of the pocket. In the run game, he can convert critical third downs with his legs but clearly wants to deliver it from the pocket if he can. He did a much better job in 2021 of discerning when to use his legs. Defenses must account for him in the zone-read aspect of the game, as he demonstrates the ability to “pull it” from the mesh and threaten the defense.

In the passing game, he is highly effective and productive in Ole Miss’ offense. He’s led a high-powered Rebel offense in 2021 while completing 68% of his passes en route to throwing for 3,333 yards and 20 TDs. However, the area he has shown the most growth in is his ability to take care of the football. He eliminated the multi-turnover games that plagued him in 2020, only accounting for four interceptions to date. He demonstrates situational awareness over the course of the game with regard to time and score. He throws with pinpoint accuracy between the numbers and in short-to-intermediate situations.

While some cold-weather teams may have reservations about his ability to drive it down the field with his sufficient-level arm strength, overall, he has proven this year that he could have success in an offense with NFL concepts

Decision Making: His decision-making in 2020 was questioned and an area of his game he has needed to improve. He did just that in 2021. He’s avoided multiple-turnover games that plagued him in 2020 and has only thrown four interceptions this season.

Poise: He has played with good poise throughout the season. Even in the losses, he kept his composure—even when defenders were getting home. This helped him to rally his team when they were fighting in close games.

Progressions: He has done a better job this season of going through progressions. An area of growth for him has been taking what the defense gives him and not trying to do too much. Taking the occasional check-down or shallow route has also contributed to his better 2021.

Release: He has a quick release when he delivers the football. This helps him to get the ball quickly from the mesh and out on the perimeter in the RPO game. He also does a good job of changing his arm angles to get the ball out due to his lack of elite size at the position.

Arm Strength: He has sufficient arm strength. He doesn’t have elite size or strength overall so some cold-weather teams may have reservations in this regard. He does show the ability to get the ball deep and in stride with receivers if he can get it up with good timing.

Leadership: He has shown his leadership as he rallied his team through adversity, particularly in the losses. He has demonstrated on the field that he is willing to lead the team.

Mechanics: He has good throwing mechanics, particularly in his ability to throw from a good base and deliver the football down the field. He also has a quick release, which helps him in the RPO game.