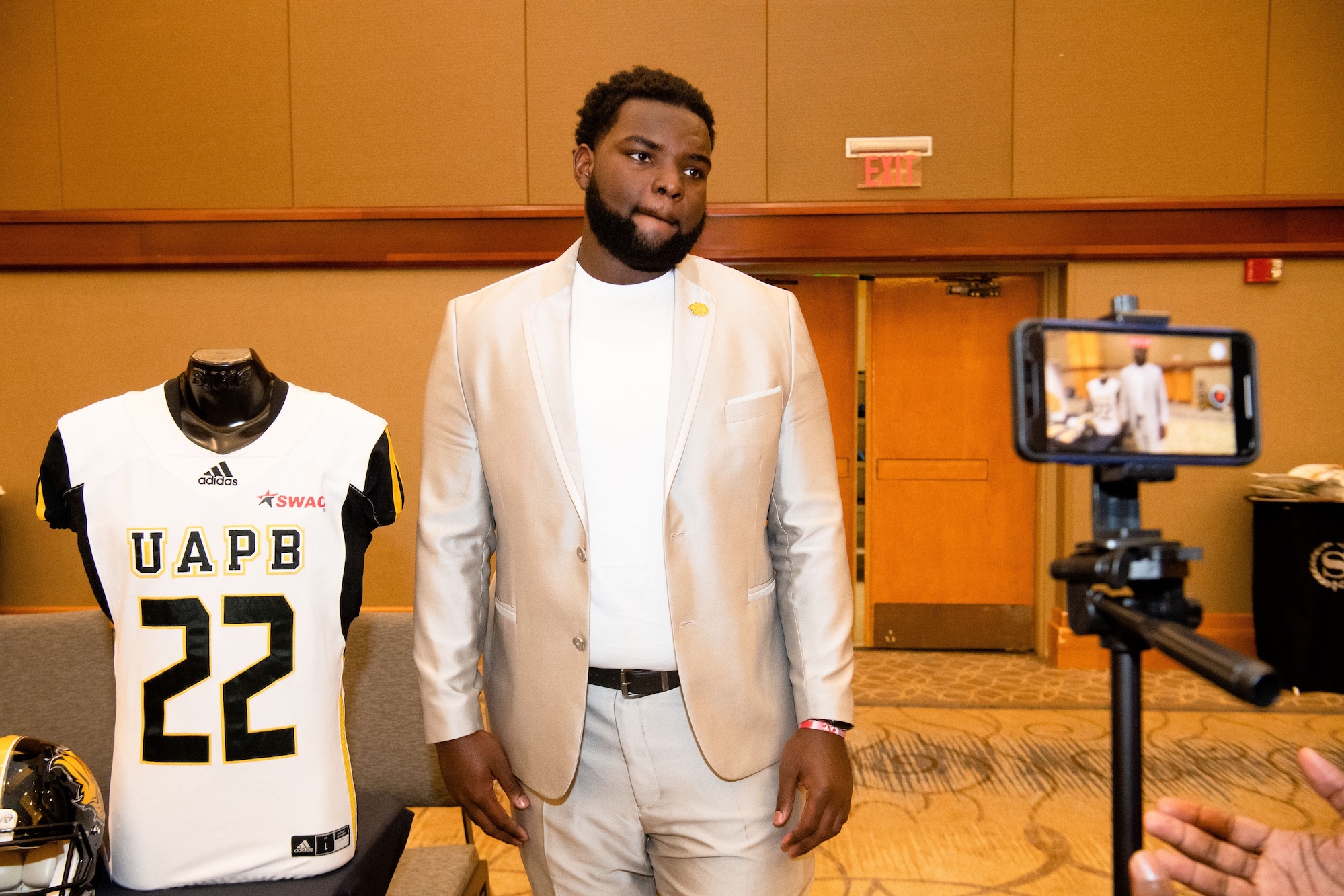 Pros: A four-season starter for Arkansas Pine-Bluff, Mark Evans II has a vast array of admirable traits to pair with a sturdy frame. A relentless finisher, it’s easy to see why he has blossomed as the heart and soul of this Arkansas Pine-Bluff offensive line. His determination and will to win his blocks are evident in his performance and make him a physical nightmare for defenders. Along with this, Evans shows some really quick foot speed, allowing him to quickly get his second and third steps in the ground to displace the power from his feet into his hips as he explodes through people. In pass protection, he is able to get out of his stance quickly. He shows a strong understanding of leverage to make up for his deficiencies in physical mass. Evans has functional strength and does well in combo and down blocks, where he is given a natural advantage in his angles and can get his hands on quickly. Above all, Evans has a lot in his toolbox; he’s overtly physical in the run game and shows a level of finesse in his pass set that offers a good baseline of what he can be capable of at the next level.

Cons: Due to length concerns, among other discrepancies in his game, Mark Evans II will be better suited to playing inside at guard. Frequently when Evans would lose reps, he would not be in control of his lower body. Having him out on an island at tackle, especially in pass protection, would be a hard sell for executives to buy into. He plays a little outside of his body, whether it is putting too much weight on his outside leg in pass pro, getting him beat by inside moves, or being out of control when moving toward the second level. Having Evans play in more confined spaces between the bumpers will allow for his strength, foot speed, and physicality to thrive while hopefully minimizing his deficiencies in body control, length, and overall athleticism. Evans will be asked to add weight if he has to play between the tackles, which will benefit him and multiple aspects of his game. Pairing his brute physicality with increased strength and power will serve him well at the next level.