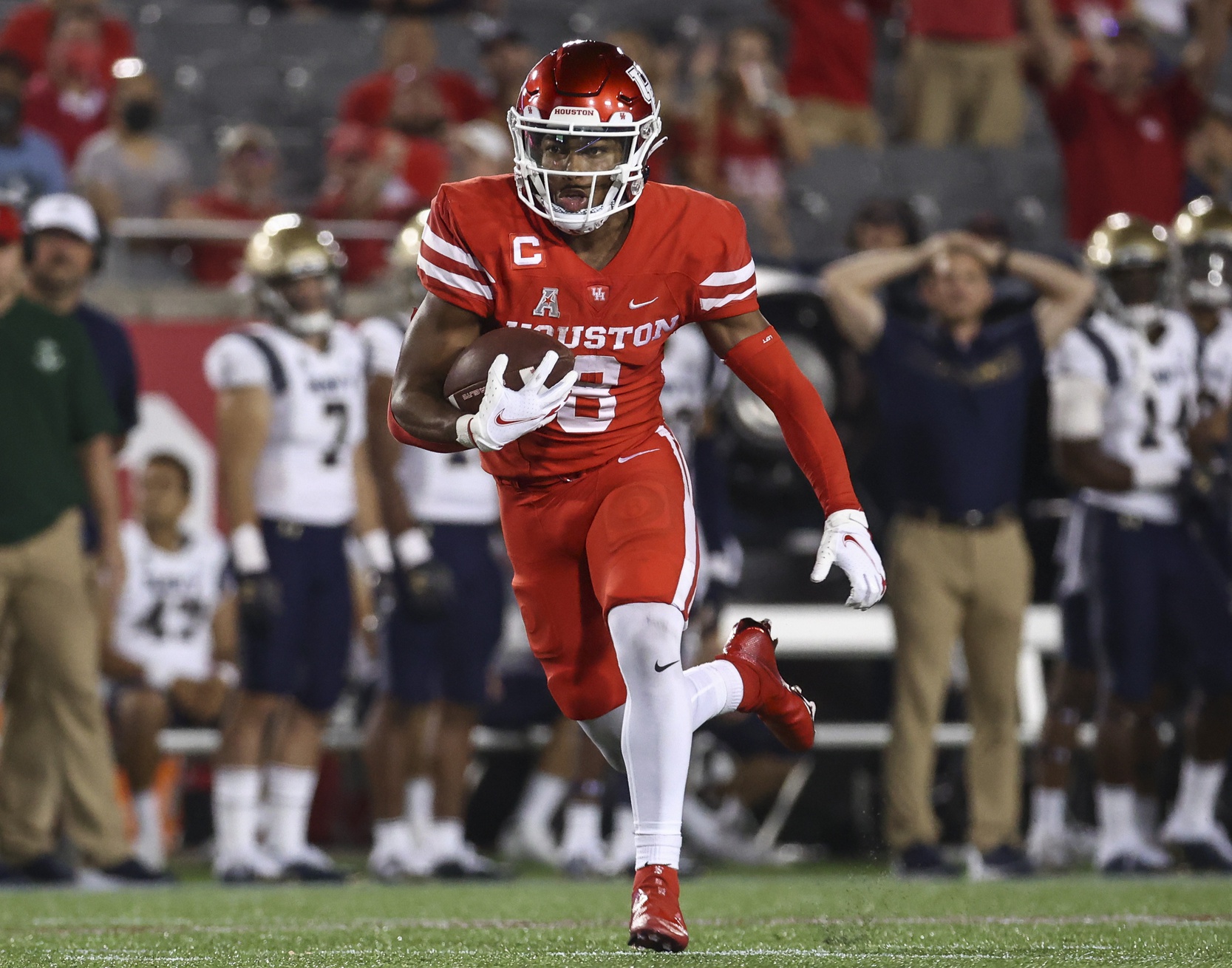 Jones makes up for his lack of measurables with his sharp instincts.

Jones’ overall versatility in numerous phases of the game and ability to produce speaks to his football intelligence. He’s rarely out of position in coverage and can function in a variety of techniques. His responses are timely and he plays fast.

Special teams and working from the slot are favorable projections.

Jones has primarily served as an outside corner with some reps from the slot, where it’s likely he will play in the NFL. Jones is an elite punt and kick returner that has even been given chances to contribute on offense. He’s the type of playmaker that can impact football games in multiple phases and his NFL coaching staff will be tempted to find creative ways to get him on the field.

Despite his lack of length, Jones is a natural receiver when afforded opportunities.

Jones has terrific ball skills, as evidenced by his ball production. His proficiency playing the football has led to opportunities to play wide receiver and serve as a featured return guy. He closes on the football with precise timing and he has secure mitts to take advantage of his opportunities. With all of that said, Jones does have some challenges finding the football with his back to the line of scrimmage and his modest length/overall size reduces his margin for error at the catch point.

A 3-star recruit out of Alabama, Marcus Jones initially played his college ball at Troy before transferring to Houston after two seasons. Simply put, Jones is a playmaker. He is a tremendous athlete with exceptional quickness, elite speed, and fluid hips. Those traits shine in man coverage where he is sticky and capable of pattern-matching any receiver while having the speed to carry any receiver down the field. He is an extremely physical player that is aggressive and competes well above his weight class. He is enthusiastic about tackling and has outstanding technique.

While he is undersized, he will make an NFL team tougher and be an asset defending the run. Jones has terrific ball skills and is a game-breaking kick and punt returner. He has nine career return touchdowns and only one muff across his final three seasons in college. He’s been given some opportunities to play receiver and can impact football games in so many different ways. When it comes to concerns for Jones, it’s all rooted in his lack of height and length.

While he doesn’t play small, he is and that shows up at the catch point, especially when receivers have a strong above-the-rim game. In addition, he has some challenges locating the football with his back to the line of scrimmage, which invites targets down the field and he is occasionally victimized. In addition, his lack of length reduces his margin for error at the catch point and as a tackler.

While he was mostly an outside corner in college, he is likely a slot defender in the NFL that has the upside to immediately claim that role. By year two or three, Jones has the ability to become one of the top nickel defenders and returners in the NFL.

Man Coverage Skills: Jones has the foot quickness and loose hips necessary to match steps with any receiver and the speed necessary to run with them down the field. He uses those traits effectively and is an outstanding pattern matcher. With that said, there are times where his lack of size presents issues at the catch point, especially when his back is to the football and a receiver’s ability to separate vertically gets him in trouble.

Zone Coverage Skills: When Jones has the opportunity to stay leveraged and cue the backfield, his click-and-close ability and ball skills shine. He does well to close on routes, anticipate, and work into throwing lanes. While his athletic profile serves him well in man coverage, his coverage instincts best show up in zone.

Tackling: Jones is an outstanding tackler that functions well above his weight class. He is never passive when he has the opportunity to finish and be around the football. He aims low, wraps up, and brings his feet through contact. He doesn’t have a large tackle radius but he takes good angles, controls his speed, and attacks the ball-carrier with urgency.

Competitive Toughness: Jones is an elite competitor. He is physical and aggressive in everything he does and never passive on the field. He is enthusiastic as a tackler and battles well above his weight class. It’s evident that he embraces every challenge and is willing to rise to every occasion, even if he’s a tick short and a touch lean.

Functional Athleticism: Jones is an outstanding athlete with elite speed and quickness. He has springy movement skills in every direction and from an athleticism standpoint, he has no matchup restrictions. I love the way he controls his athleticism to maximize its application to the field.

Run Defending: Jones doesn’t have ideal size but that doesn’t stop him from triggering downhill and getting involved as a run defender. He is more than willing to take on contact and fit the run. He will be an asset to his team’s ability to defend the run.

Length: Jones is lacking when it comes to length, which reduces his margin for error at the catch point and as a tackler. It mostly shows up with his back to the football when challenged vertically down the field and he attempts to play through the hands of the receiver. His lack of length and height are his only deficiencies.