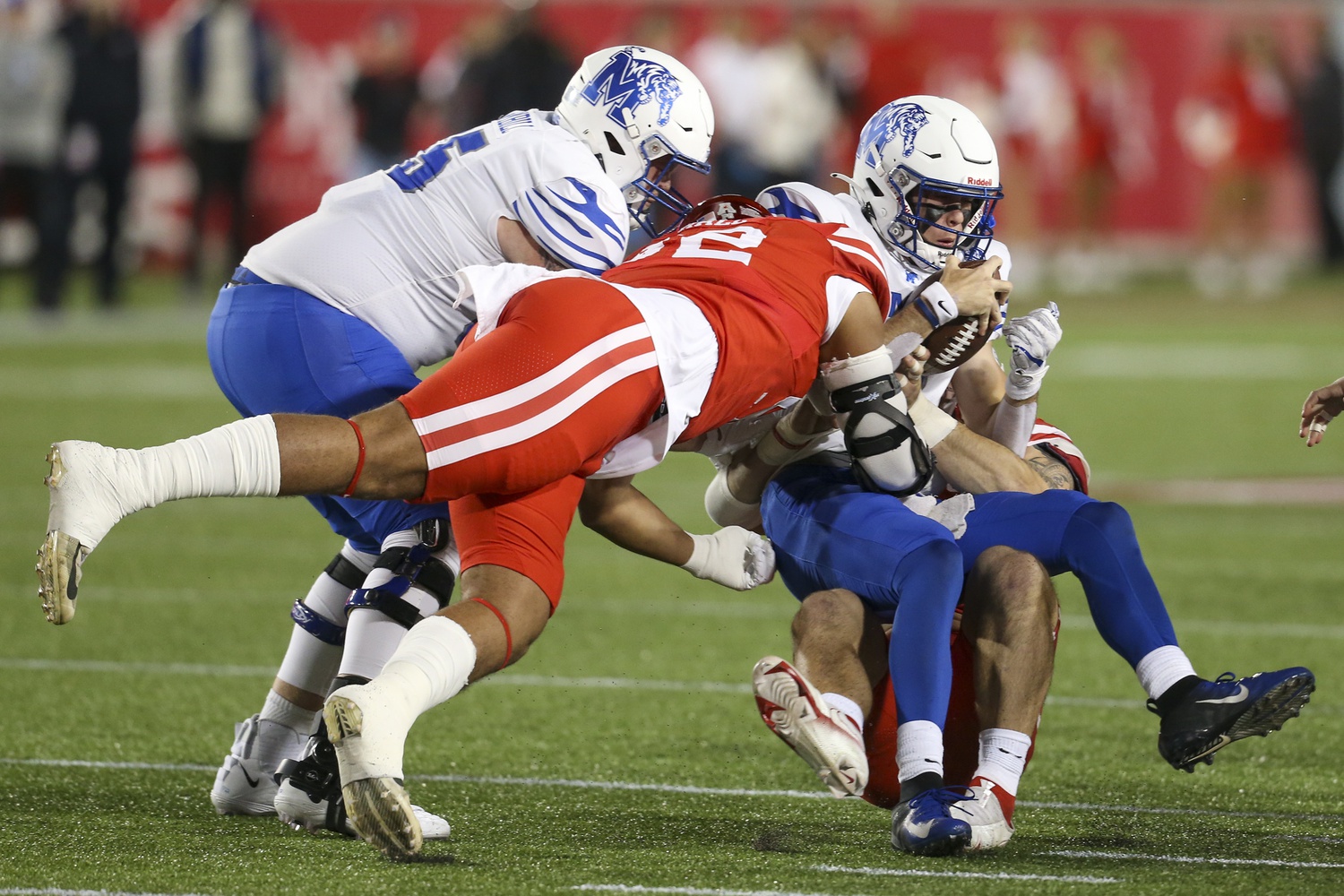 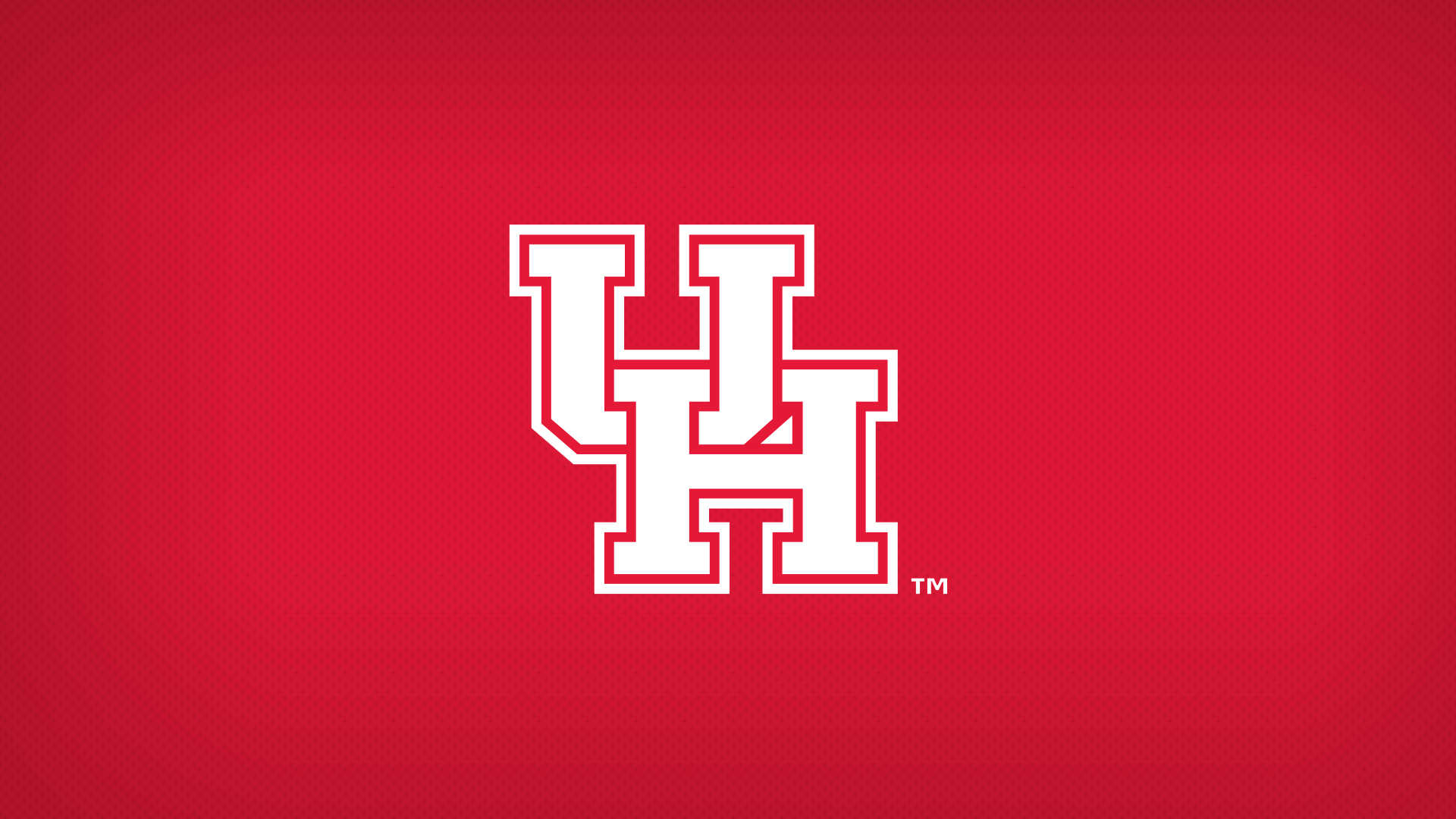 Hall's hybrid skill set projects well against the run thanks to his length and functional strength.

Hall was a sound run defender in college and it’s important to keep in mind that he primarily played on the interior. With that said, he doesn’t have the ideal mass when forecasting him to an interior role at the next level and defending the run. He is lethal when shooting gaps and slanting, but asking him to fight pressure with pressure against NFL guards is going to force him to work overtime.

Hall has ample length to stack and create space from blockers with further improvement of his skill set.

Hall firmly checks the box in terms of length and he knows how to use it. Serving primarily as an interior defensive lineman at Houston, Hall did well to play with extension and maintain separation from blocks to keep him from getting enveloped. He knows how to maximize his length as a pass rusher and tackler.

Hall has good quickness and an ability to shoot gaps inside.

Hall has a dynamic first step and he has good overall twitch and suddenness. I love how he explodes out of his stance and uncoils with leverage while attacking the neutral zone with urgency. Houston played him as a 3-technique on most reps and his quickness was often too much for guards to handle.

Logan Hall is an ascending talent that combined mental and technical growth in 2021 to produce his best season and vastly improve his overall valuation. Houston plays him all across the defensive line, giving him plenty of chances to play on the edge and interior as both a run defender and pass rusher. Hall features a long, stocky, and well-proportioned frame that is engineered to play defensive line in the NFL. He is an explosive athlete that plays with a motor that is always fully cranked. He does well to stay leveraged and compete hard from snap to whistle.

The growth he demonstrated in 2021 with his hand technique is notable and he’s slippery working through the edges of blocks. He’s developed counters and refined his overall pass-rush plan. As a run defender, Hall shines when he gets opportunities to shoot gaps but is also fully capable of fighting pressure with pressure and remaining stout at the point of attack. With that said, his lack of mass will be challenging to do the same in the NFL if asked to play on the inside on run downs. Hall’s versatility will be an asset at the next level as teams continue to become more and more multiple with their fronts.

In year one, Hall has the upside to crack the rotation and situationally make an impact. By year two or three, Hall has the makings of a fixture up front that claims a starting role and plays at least 60% of the snaps while taking advantage of his balanced skill set and ability to execute from a variety of alignments.

Ideal Role: 5-technique that can reduce inside on long and late downs

Flexibility: Hall blends his explosiveness with good flexibility, showcasing the ability to slip around the edges of blocks and turn. While I wouldn’t label him as overly bendy, he is fully capable of taking advantage of soft angles and reducing the distance to the quarterback. He has good overall control in pursuit and is capable of maximizing the fullness of his length to extend his tackle radius, which speaks to his overall flexibility.

Hand Counters: From studying Hall in 2020 and comparing those notes to 2021, this was the most notable area of improvement. He has a terrific club/swim combination in addition to club/rip and he is extremely effective executing a bull rush with well-placed hands and the ability to shed. He is slippery when working to clear blocks and it’s due to his growth as a hand technician.

Hand Power: Hall has heavy hands that often stun blockers, creating an initial jolt and enabling Hall to take control of reps. His hands are not easily displaced and he knows how to use them to soften the edges of blockers.

Effort (Motor): Hall is an extremely urgent football player that battles through the whistle on every down. I love his energy in pursuit and he’s never passing. Hall fires off the ball with intent and brings the fight on every snap.

Football IQ: Hall made strides as a processor in 2021 and that helped with the jump in production in addition to technical growth. His utilization as both an interior and edge player speaks to his football intelligence and I believe he does a good job of reading the set of his blocker and executing appropriately. He still has room to grow when it comes to processing the run but the development has been encouraging.

Lateral Mobility: Hall is fully capable of working laterally and pursuing from the backside. I wouldn’t call him explosive in terms of lateral mobility but he is at least sufficient. There are plenty of reps on tape where he showcases good speed when pursuing to the sideline and crashing down as a backside defender.

Versatility: Hall’s versatility adds to his appeal. There is reason to believe he can play base end in a 4-3, 5-technique in a 3-4, and attack interior gaps as both a run defender and pass rusher. Houston played him up and down the line of scrimmage and he can do the same in the NFL.