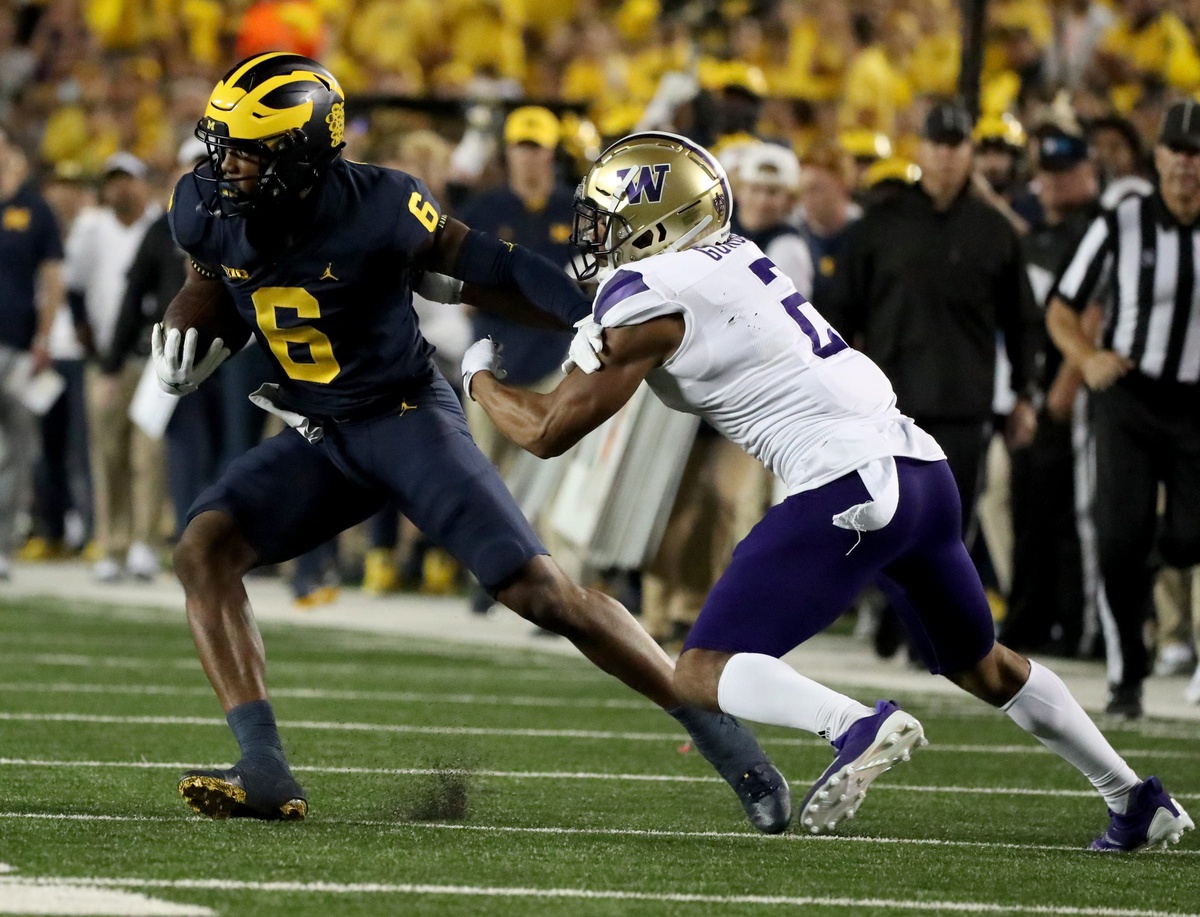 Physical corners who can stay sticky in man will always grab your attention. Gordon does.

He is a dynamic mover with regards to quickness and agility. As a result, he has very good man coverage ability. If the ball is late or off target, he can close separation and get his hands on the ball.

Corners who tackle is a TDN brand and Gordon is near the top of the charts.

He is an exceptional tackler. He easily limits extra yardage outside on the perimeter. He also demonstrates good tackling ability in space as a coverage player on special teams.

His instincts pop most with his eyes in the backfield.

He demonstrates good football IQ, particularly with his play in zone. He obviously trusts his athleticism and can play with vision with regards to routes entering and exiting his area.

Kyler Gordon is an exceptional athlete with explosive and dynamic movement. In the run game, he comes up hard when he is the force player in zone. He is an eager participant in the run game and does a good job as a tackler on the perimeter and in space as a core special teamer. In the passing game, he is exceptional. His outstanding agility and quickness in coverage help him stay in phase.

From press alignment, he often uses bail technique and closes quickly when he can play with vision. From off man, he can get a little “nosey” with his eyes but obviously trusts his athleticism in these instances. In the NFL, he has the athleticism and hips to be a starting outside corner. However, his tackling ability, instincts, and agility also project him favorably to playing inside, giving him true inside/outside flexibility.

Ideal Role: Inside or outside CB.

Zone Coverage: He’s very effective in zone coverage. He often plays with bail technique and his outstanding athleticism helps him close and make plays on the football.

Ball Skills: He plays with good ball skills. However, his skill set suggests he could finish reps better with interceptions. He does a good job closing and wants to get his hands on the ball.

Versatility: His skill set projects him with true versatility, in my opinion. He can obviously excel outside and has enough length to be effective. However, he has the short-area agility and physical toughness to align at nickel.

Competitive Toughness: He displays good competitive toughness. This is evident in his ability on special teams. He is a tough and willing tackler, as well.

Functional Athleticism: He displays outstanding functional athleticism in coverage. He is extremely explosive and dynamic in terms of his movement skills. His athleticism helps him to stay in phase in man coverage.

Run Defending: When he is the force player, he flies up to make tackles in the run game. He has been a good tackler against receivers and easily limits yardage in coverage. This is also evident in his ability on coverage teams.

Length: He has enough length to project him well on the outside. He appears to have long arms. However, with pro coaching, he could afford to learn to use them better as a rerouter in press situations.