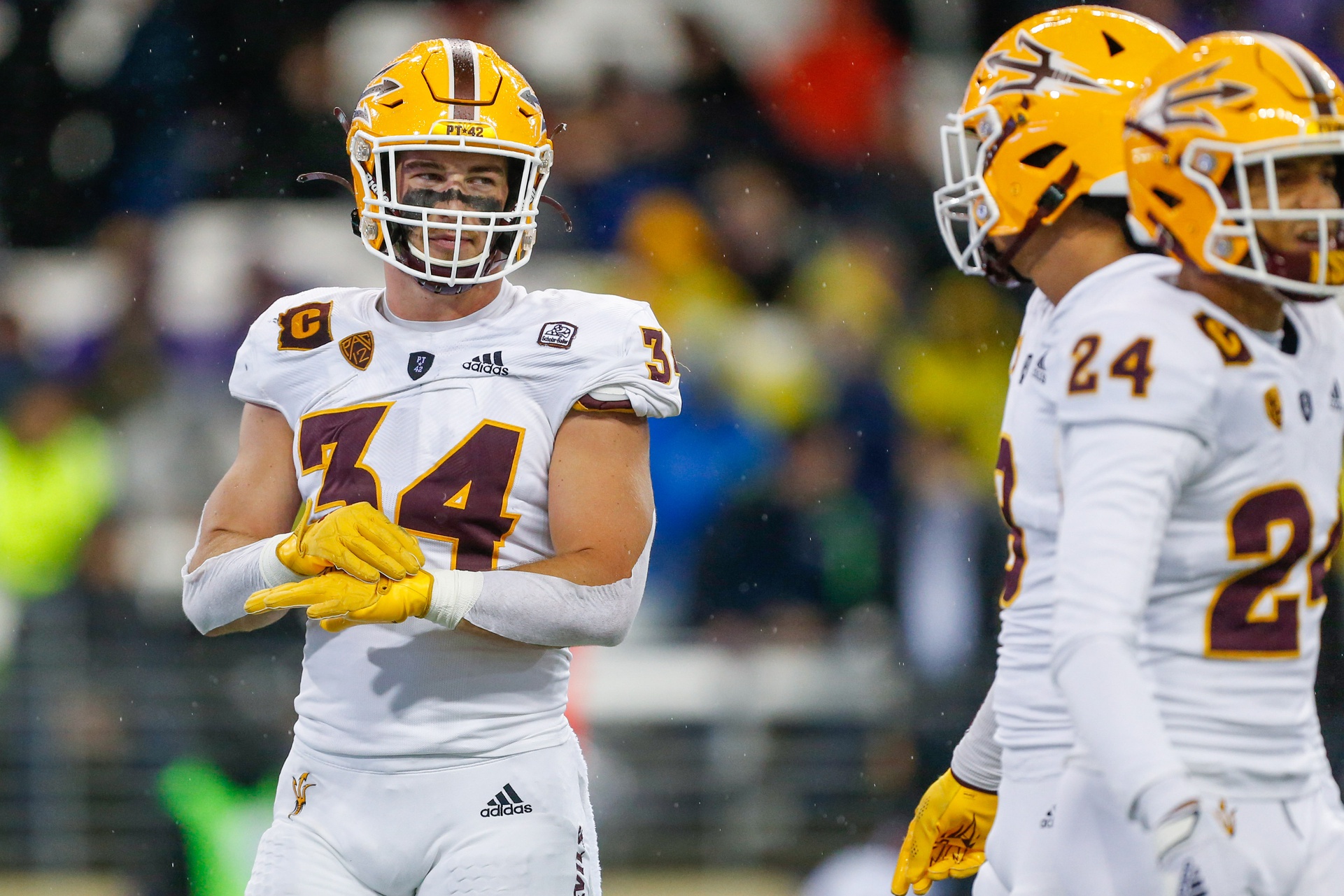 In the run game, Soelle is a downhill player who does a plus-level job of quickly diagnosing the run and working downhill. Soelle has smooth movements as a player and plays with ideal pad height, which allows him to always be in position to make an effective tackle. Soelle is able to flow sideline to sideline and when he gets the proper jump on a play, he can prevent a ball carrier from turning upfield on outside run plays. Soelle is an inside-to-outside run defender that is reliable filling his gaps and enforcing the gap integrity of a defense.

Against the pass, Soelle’s value is as a zone defender. Soelle does a good job of flipping his hips and getting depth to drop into his zone. Soelle shows well in reading the quarterback’s eyes to bring him to the receiver and become a disruptive pass defender. Soelle also appears to play with good body control in space and can break down on ball carriers in space and make the tackle.

Overall, Soelle’s athletic profile may not be elite, but his natural instinct and feel for the linebacker position should help him be a productive linebacker on the next level.

Kyle Soelle NFL Draft Scouting Report. Add him to your big board here.