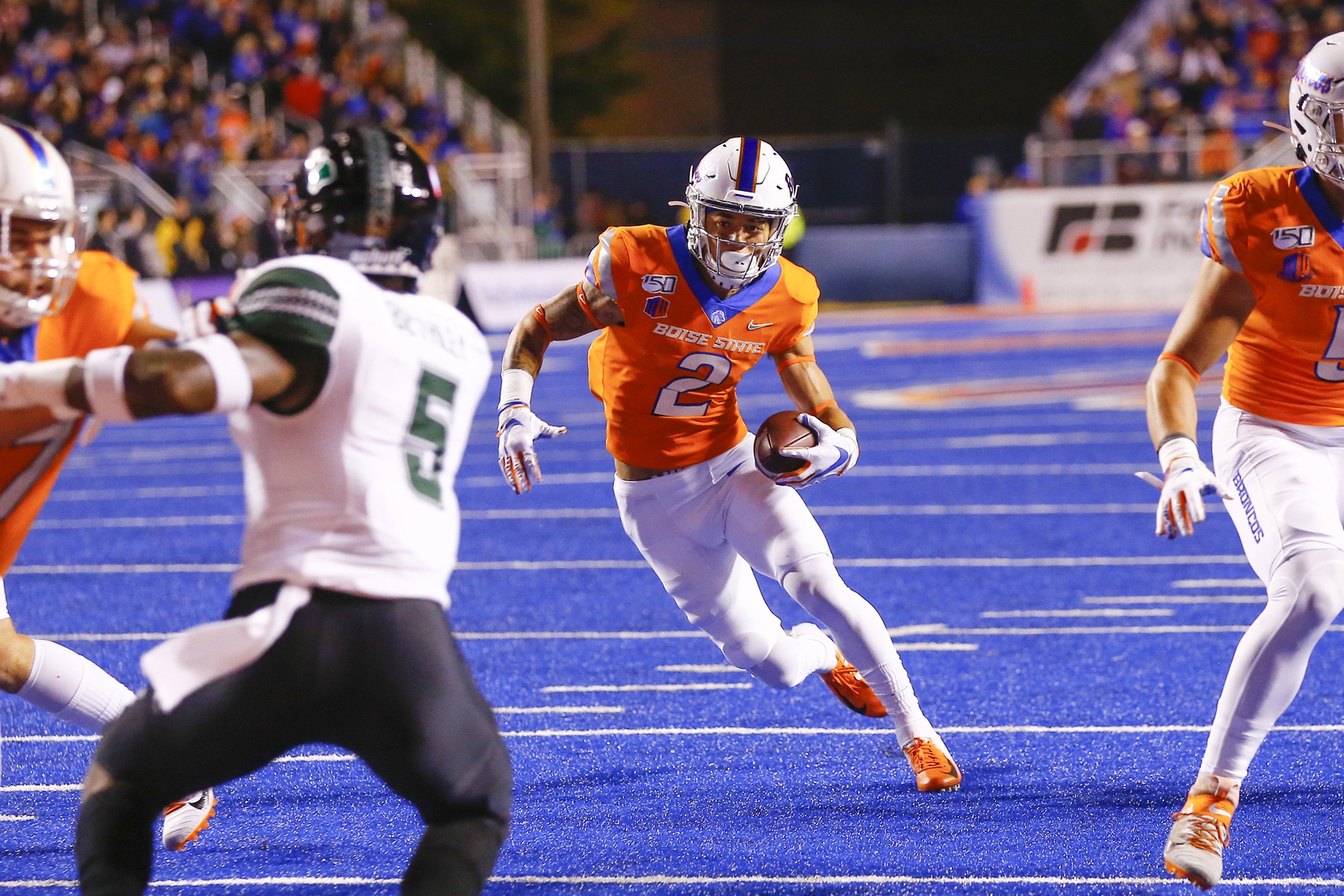 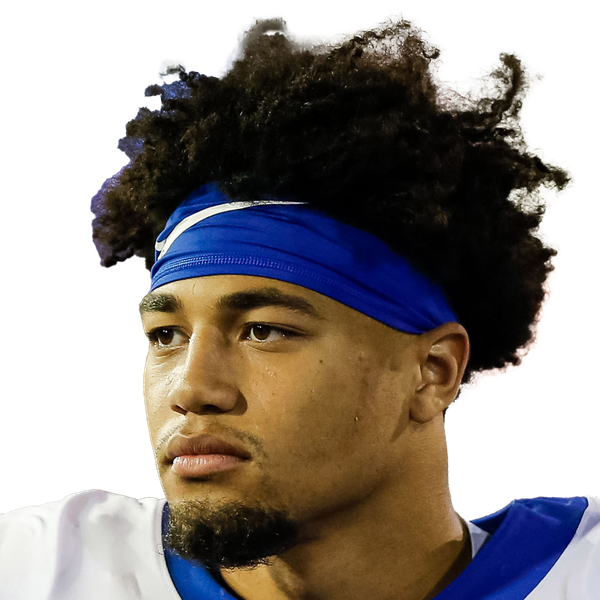 He'll zig when you zag.

He can definitely run after he has secured the catch and has created consistently. He is elusive in space and is a threat to score. This is also evident in his return skills in the kicking game.

His highlight reel adjustments at the catch point are best served with some popcorn.

He plays with good ball skills. Evidenced in his ability to adjust when the ball is in the air. He does a good job with his catch efficiency, as well.

Added special teams bonus is a huge plus.

He brings ample versatility to the position. On offense, he is a one-position player who should remain in the slot but he does have plenty of upside in the kicking game.

Khalil Shakir is a sufficiently proactive athlete with regards to his initial quickness and long speed. Khalil Shakir also shows adequate run-after-catch ability with the ball in his hands. In the passing game, he has sufficient initial quickness off the line of scrimmage. He has some separation quickness at the top of the route. He needs to attack leverage better but shows a good understanding of how to sit down in zones. He has good tracking ability on deep balls and shows hand-eye coordination to secure the catch. He appears to have adequate play speed with regards to deep routes but has been effective in the short-to-intermediate range as well. He seems to lack some nuance regarding defeating man coverage. He appears to have adequate long play speed but has been effective against underneath zone coverage. Doesn’t give great effort as a stalk blocker in the run game and appears somewhat disinterested in this aspect of the game.

Route Running: He is an average route-runner overall. This is mainly due to his lack of dynamic ability at the top of the route. He can improve at attacking leverage in man-coverage situations.

Separation: He doesn’t create a lot of separation at the top of the route. He tends to round off his breaks some and can become a little lazy when he isn’t the primary target.

Release: He is sufficient off the line of scrimmage against press. He doesn’t have elite speed to threaten deep after he clears the jam. He could afford to improve his upper-body strength to help him defeat press in a couple of different ways.

Football IQ: He displays good football IQ. He can adjust when his man is coming off him on a CAT blitz. He plays with good awareness and keeps an eye out for zone coverage on shallow crossers

Competitive Toughness: He displays competitive toughness in his ability to compete in contested-catch situations.

Big Play Ability: He is a big-play threat whenever his number is called. He lacks elite speed to consistently beat you vertically.