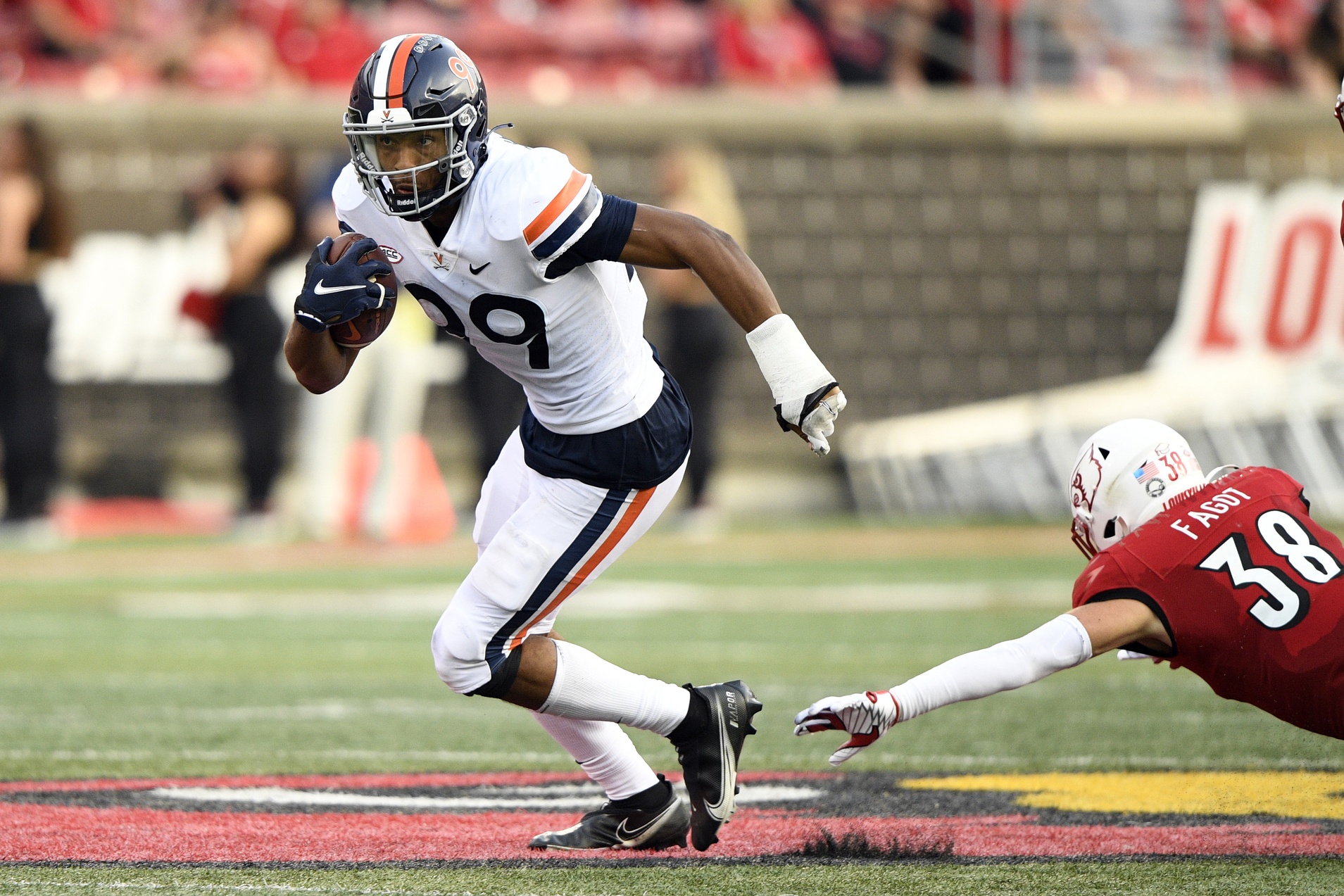 Pros: Keytaon Thompson is an incredibly unique football player. A former quarterback, Thompson has emerged as a do-everything player at Virginia. He plays out wide, in the slot, as a wing, takes handoffs, and even gets to throw the football on occasion. There is something very natural and instinctive about how Thompson makes plays. While he may not be a master of anything, he looks comfortable in so many different ways. He’s a natural competitor and playmaker. Thompson has outstanding field vision and awareness. As a receiver, Thompson offers a large catch radius, confident hands, ball skills, and the ability to stay leveraged as a route-runner. As a runner, Thompson makes nifty cuts and does such a good job of manipulating tacklers. He’s a smooth athlete with impressive competitive toughness. He has the makings of the next Brad Smith/Joe Webb-type player in the NFL. He’s just so efficient with his opportunities to contribute.

Cons: There’s no denying the variety of ways Keytaon Thompson can make an impact, but he isn’t refined in any one area—which is to be expected for his arc as a football player. He flashes plenty of nuance as both a runner and receiver, but can he become more complete in either area? It’s fair to question how the impact he has made at Virginia translates to the next level. He will turn 25 during his rookie season.