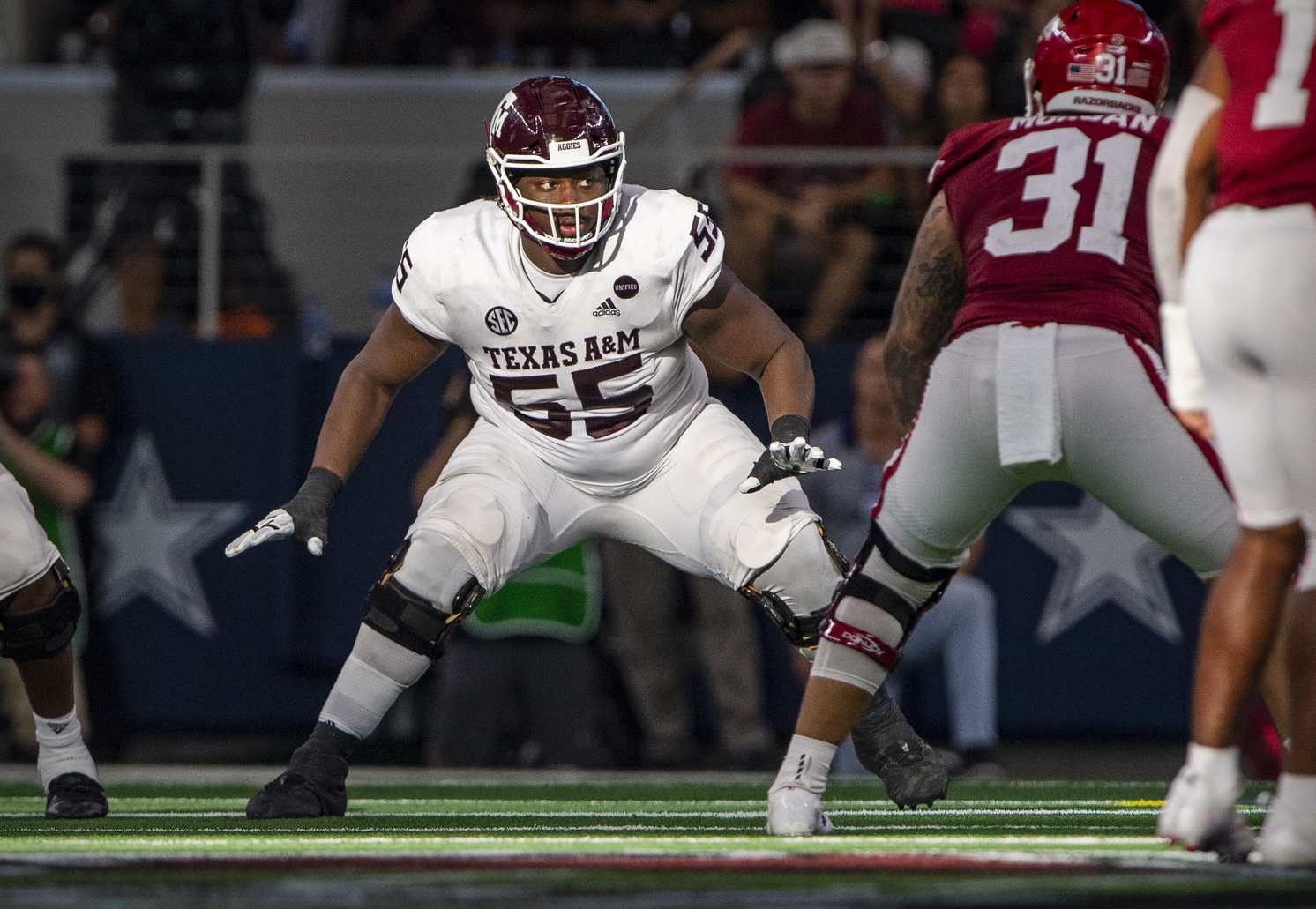 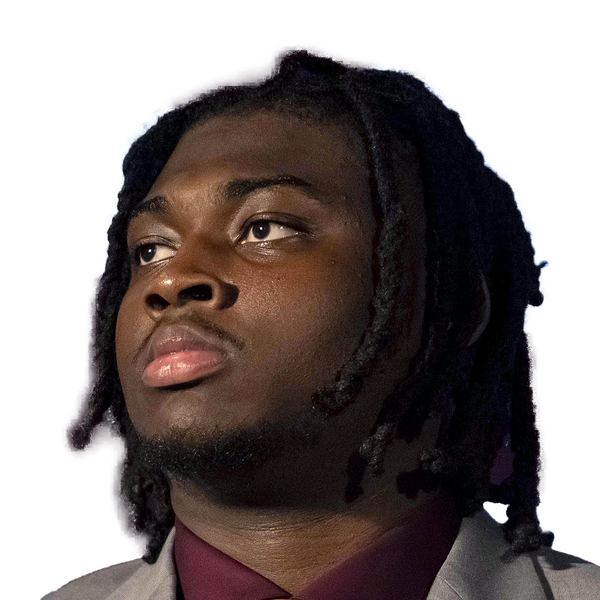 Green is a tone-setting presence up front. He's powerful and his ability to impose himself on defenders will only further be amplified on the inside.

Green is a great competitor. He consistently battles on the interior of the offensive line. Green is a tempo setter for the Aggies offensive line and plays the game with an aggressive temperament. Consistently works to put defenders on the ground. He is always looking for an opportunity to make contact with a defender and make his presence felt. Has the exact mental temperament that you desire in an offensive lineman.

Green is a body-mover up front who will project favorably to a gap-power system and vertically climb in the run game.

Green aligns in a low stance and at the snap is able to explode out of his hips, generating great movement at the line of scrimmage. He has excellent power and can move defenders off the line of scrimmage when single-blocking defenders. He is always in a powerful, loaded stance that allows him to explode into defenders upon contact. Green has excellent power that will easily translate to the next level.

Green has played multiple spots up front and shown a mastery of his offense with the Aggies as a result.

Over the past three years, Green has played four different positions along the Aggies offensive line (every position but center). Green has great knowledge for blocking schemes and rarely misses assignments even though he has aligned in so many different positions—this is a testament to his natural knowledge of football.

Kenyon Green is a former 5-star recruit out of the state of Texas. Green became an immediate starter for the Aggies and has notched more than 35 starts in his three-year career. Green is an experienced starter that has played multiple positions along the offensive line—every position but center.

Green has natural functional strength that he uses to become a true road grader in the run game. Offensive coordinators will find it beneficial to call run plays that follow behind Green’s path. As a pass protector, Green possesses quickness that he uses to mirror defenders and become a dominant interior pass protector. Green is a versatile offensive lineman that has amassed a ton of experience throughout his career. Green has the athleticism and physical temperament to become an instant starter and a future All-Pro offensive lineman.

Ideal Role: Green can play both guard positions and RT

Pass Sets: Green is a well proportioned offensive lineman possessing great lower-body thickness. Green keeps great body positioning by maintaining knee bend while moving, which allows him to keep a great base for power. He is always in a powerful position to strike defenders and deliver a powerful blow without overextending himself.

Anchor Ability: Green has exceptional lower-body thickness that serves as his source of power for his anchor ability. Once he gets in position, he does a great job of activating the power in his hips to stop defenders’ momentum. Once Green sits in his base, he is rarely moved backward.

Lateral Mobility: For his size, Green has surprisingly good lateral mobility. In the run game, he is able to trigger this mobility in his ability to be an effective puller on power run plays. He is also able to work to cut defenders off in a zone-blocking scheme. Green’s lateral mobility affords him the ability to make key blocks in space and makes him an effective blocker on the second level.

Hand Technique: Green possesses strong hands that when he latches on defenders he is able to control and stabilize them with his grip. He understands how to counter defensive linemen’s hand moves and is able to get a firm grip on them. Occasionally, Green’s hands may slip outside the interior frame of a defender, but he has the awareness to reset and replace his hands.

Versatility: Any team that drafts Green is getting a player that has experience playing four different offensive line positions. Green’s body mass, strength, and athleticism allow him to play in multiple positions effectively. Green’s versatility will serve NFL teams well as they will be able to plug and play him wherever they have a need.

Pass Sets: Out of his stance, Green has a quick first step that he uses to get a jump on defenders and dictate the pass-rush sequence. He has great spatial awareness so he knows exactly how much space he has on either side of him to work his leverage against the defender. When he engages, he shoots his hands and is immediately able to get a firm grasp on defenders, slowing their momentum. Green is great in pass protection because he has the combination of strength and athleticism to match defenders and seems to have an answer for whatever pass-rush move defenders attempt on him.

Flexibility: Green has good flexibility that shows itself in both his run blocking and pass protection. In the run game, Green’s flexibility allows him to work to second-level defenders with a great stance that allows for him to explode into defenders upon contact. In the pass game, Green uses his flexibility to maintain great knee bend and move laterally to mirror defenders.