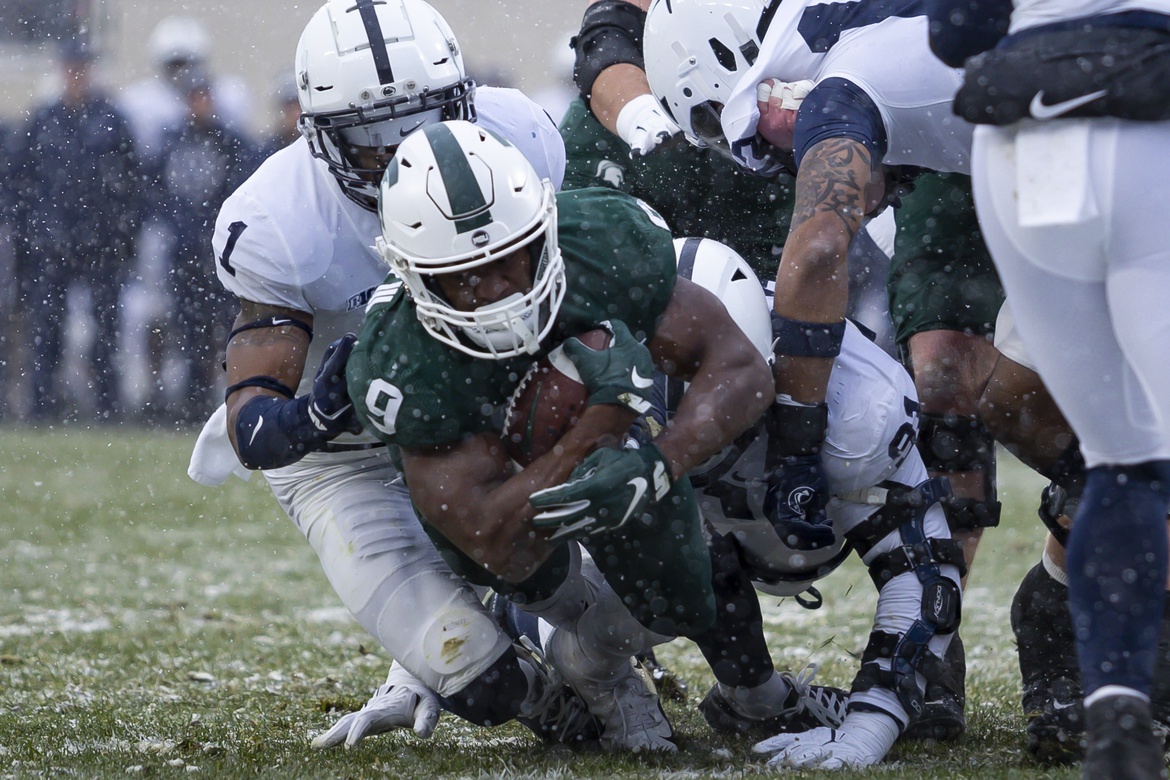 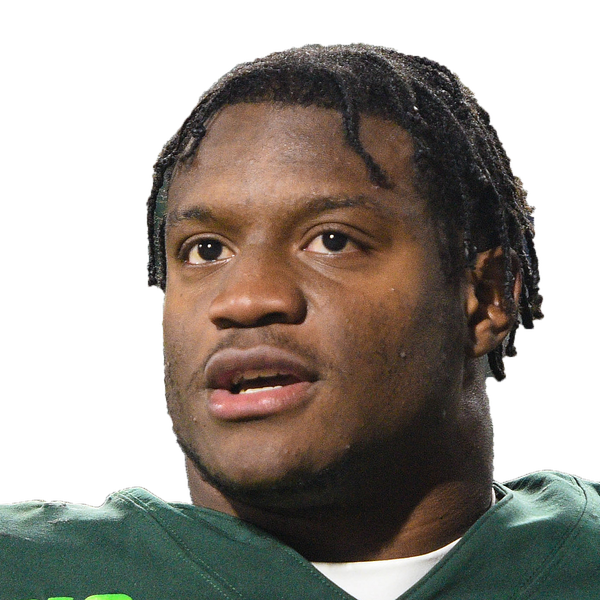 Walker III produces crazy bounce in some of his lateral cuts.

Some of the cuts Walker III can hit are enough to drop your jaw. He’s broken contain on some runs with slick lateral cuts that will sell defenders on his upfield drive before slipping right out across their face. He’s a really nifty runner at times that showcases good creativity and yet offers discipline to stay square and not turn into a frantic runner without intent. Fair amount of wiggle is present here but where he really shines is stressing tacklers with his power and burst and staying on the offensive as a runner.

One of the most secure ball carriers in the country.

Held the longest streak in the country for carries in NCAA without a fumble, spanning over the 2019, 2020, and part of the 2021 college seasons. Walker III is physical but responsible with the football and doesn’t show any lapses of judgement in ball-handling skills and should not be prone to punch outs when facing tackles in the NFL.

'Good Morning Football' must be licking their chops to get this guy on "Angry Runs".

The thing I love the most about Walker III is how angry he runs. Despite all the big cuts and jukes, at the end of the day, this guy runs pissed off at the world and intends to make the 11 guys wearing the other color pay every time he touches the football. There’s been some herculean efforts to absorb body blows or run through arm tackles, only to see defenders hopelessly fall off his frame (Michigan, Rutgers 2021). In short-yardage reps, Walker III will take contact square and find ways to drive the pile.

Michigan State RB Kenneth Walker III is a Wake Forest transfer who has exploded onto the NFL draft landscape throughout a highly successful 2021 campaign for the rejuvenated Spartans. Walker’s role at Wake Forest was as a depth player in a non-traditional RPO offense. While Walker’s physical skill set was able to flash on film for the Deacs, his transfer to Michigan State has allowed him to play a starring role and offer more insight into what his role as a featured back would look like. Of his transfer from Wake Forest, Walker III said “”at Wake, I felt like I wasn’t able to showcase all of my skills. I believe I can be versatile. I can cut. I can run downhill. I believe I’m an explosive back.” But at the time, Wake was his best offer—Walker III only had offers to three FBS programs coming out of high school (Wake Forest, Kent State, and Arkansas State).

Demand won’t be a problem now. Walker III projects as an early-down back and high-volume ball-carrier at the NFL level and offers enough dynamic play in lateral situations to be considered someone capable of working off-script and creating for himself when the point of attack fails to create room to work. Walker III’s resume has little question as a ball-carrier but the supplementary areas of his game can still unlock further levels to his skill set and help him become a more complete player at the NFL level.

Vision: Walker III showcases a very good feel for the point of attack and the anticipation necessary to hit developing creases. Walker III has been featured in a lot of inside/split zone looks and variations from a number of different backfield alignments, allowing him to work the mesh point from different landmarks. No matter the alignment, I’m confident in his ability to process defensive flow and understand when he’s looking to press outside or work the cutback and bend/fold his runs out the back door (which he does often). When given pullers in power concepts like GT sweep/counter, Walker III is effective with his initial press to allow these blocks to develop and hit before cutting off their leverage.

Footwork: Some of the cuts Walker III hits are enough to stop defenders in their tracks. This is not a linear athlete in any capacity. He showcases impressive foot quickness and precision to snap and create spring in his redirections. Walker III’s feet aren’t heavy but his jab cuts are hard and with purpose, allowing his force application to drive him suddenly into new space. Walker III does well with his patience, too; he’s effective in slow-playing his commitment and allowing himself to step around congestion to help navigate to green grass.

Durability: Walker III closes his 2021 season at Michigan State with just one year as a featured player under his belt, which will certainly appeal to those worried about “tread on tires” and life remaining in his legs. Walker has been a bellcow for the Spartans in 2021 and took six straight games with 23+ carries before a blowout loss to Ohio State rendered him an afterthought to the game script. Walker III has shown the ability to serve in a “closer” role, too—he wore out Miami in South Florida in the heat and humidity and helped MSU bend the Hurricanes to their will. Rutgers was another lunch pail effort, as were the monster games against Northwestern and Michigan.

Explosiveness: Walker III is fully capable of the home run if you let him hit the crease with a full head of steam—although he’s every bit as capable of breaking a tackle and getting back up to a top gear. He hit open-field home runs against Michigan (58 yards), Northwestern (75 yards), and Rutgers (94 yards) and appears to have effective open-field long speed when he’s charged with opening up his strides. But his short-area pop, power, and twitch are where he really shines; he’s very forcible in lateral situations and is effective to redirect his frame and pop completely out of a gap.

Versatility: I’m excited by Walker III as a runner and even more excited about what he can become as he gets more reps and further opportunities to round out his skills. He has the physical package to really boost his third-down value as a player, but that is likely something that will be restrictive for him early on—and as a result, he may be best off paired with a veteran back early in his pro career. I do think he can effectively run every concept in the book from a ball-carrier perspective, although I like him best in inside and wide zone concepts with his ability to cut with the kind of dynamic movement skills he shows.

Passing Down Skills: There needs to be additional ownership in these areas if Walker III is going to fully live up to the potential of his physical gifts. His pass protection can, at times, be perceived as disinterested—he can often be caught eyeing his assignment pre-snap a little too intently. Effort in facing free runners on the second level is at times met with cut blocks that leave too much room for continued pursuit and his ability to strike and deliver blows is only modest relative to his physical running style. Pass receiving is still a work in progress as well. Michigan State has predominantly asked him to run swing routes and screens out of the backfield—his hands are fine so long as the ball in put in the general vicinity, but this role doesn’t afford him a lot of opportunities to play forward and often times these are deep-set swing passes that don’t offer much of a chance to get back beyond the line of scrimmage.

Discipline: Walker III attacks creases with aggressive intent and does well to press for gaps when it is called upon to stretch the point of attack. Life in some instances has been made easy by soft edges and physical play on the perimeter to help him quickly identify gained leverage but when you extend this evaluation to narrow gaps and downhill runs, you’ll find Walker trying to make it work and trusting his power and leg drive to help churn for forward progress.