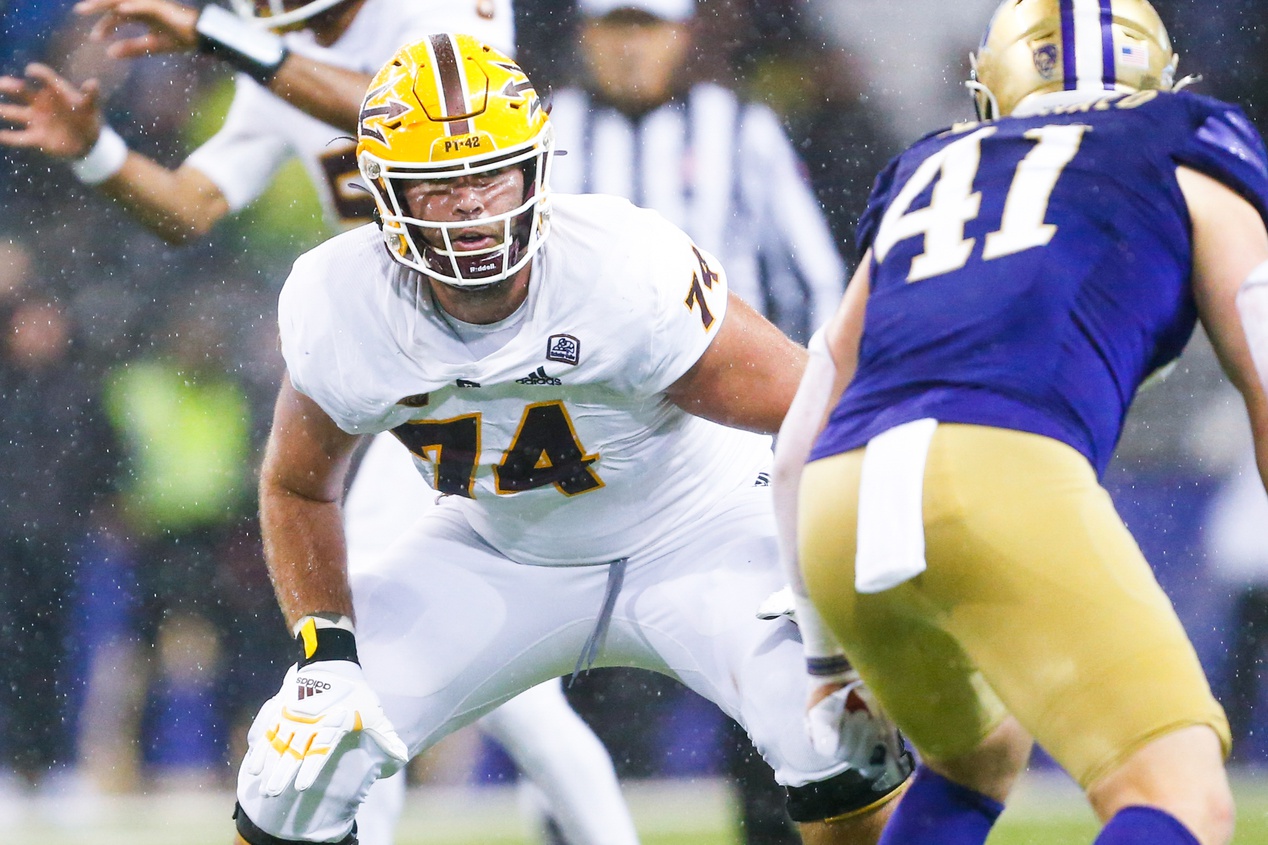 He has predominantly been a left tackle in his career. However, he could project with some swing ability if he added bulk, mass, and power to his frame.

Tested in the 86th percentile or better in the 40-yard dash, 10-yard split, vertical leap, broad jump and short shuttle.

Kellen Diesch is a plus-level athlete who plays with good balance and body control. In the run game, he isn’t heavy at the point of attack. He also doesn’t earn leverage easily due to his taller frame. This hinders his ability to get vertical movement. He is athletic enough to get to the second level and to get out on the perimeter in the screen game. In the passing game, he is fluid in his pass set. He lacks overall power in his hips and may be a little under-bulked. Anchoring in the NFL may be an issue for him at this stage and he could afford to be more consistent with regards to keeping his hands within the frame of the defender. He has good length and range on the perimeter. He doesn’t have explosive power in his punch, but it’s sufficient. In the NFL, he can develop into a rotational tackle who may have some swing ability if he adds bulk, mass, and overall strength to his game. He would be best served playing in a zone-blocking scheme and projects with more upside in this type of offense.

Balance: He plays with good balance overall, particularly in his pass set. He distributes his weight well. He isn’t on the ground an enormous amount.

Pass Set: He plays with good patience in his pass set and is very careful not to over-set. He is smooth and fluid in his pass set. However, he lacks good foot quickness.

Competitive Toughness: He demonstrates the competitive toughness required for the position. This is evident in his ability to come off the ball and strike in the run game. He also works hard to recover against power rushers.

Length: He appears to have good length overall. However, this isn’t always evident in his punch. This gives him good range on the perimeter. He is fluid in his pass set and has good timing, which helps him keep pass rushers at bay.

Football IQ: He plays with good anticipatory skills. He keeps his head on a swivel and can see loops and stunts.

Hand Technique: He needs to do a better, more consistent job of hand placement, particularly with regards to keeping them inside the frame. He also lacks latch strength and good power in his punch.

Anchor: Anchoring for him will be an issue in the NFL. This is because he lacks the power in his play, overall bulk, and the ability to bend well to anchor.

Power at POA: He is not exceptionally strong or explosive with regards to generating power. He doesn’t have a strong punch or latch strength. He is better with combo blocks in the run game