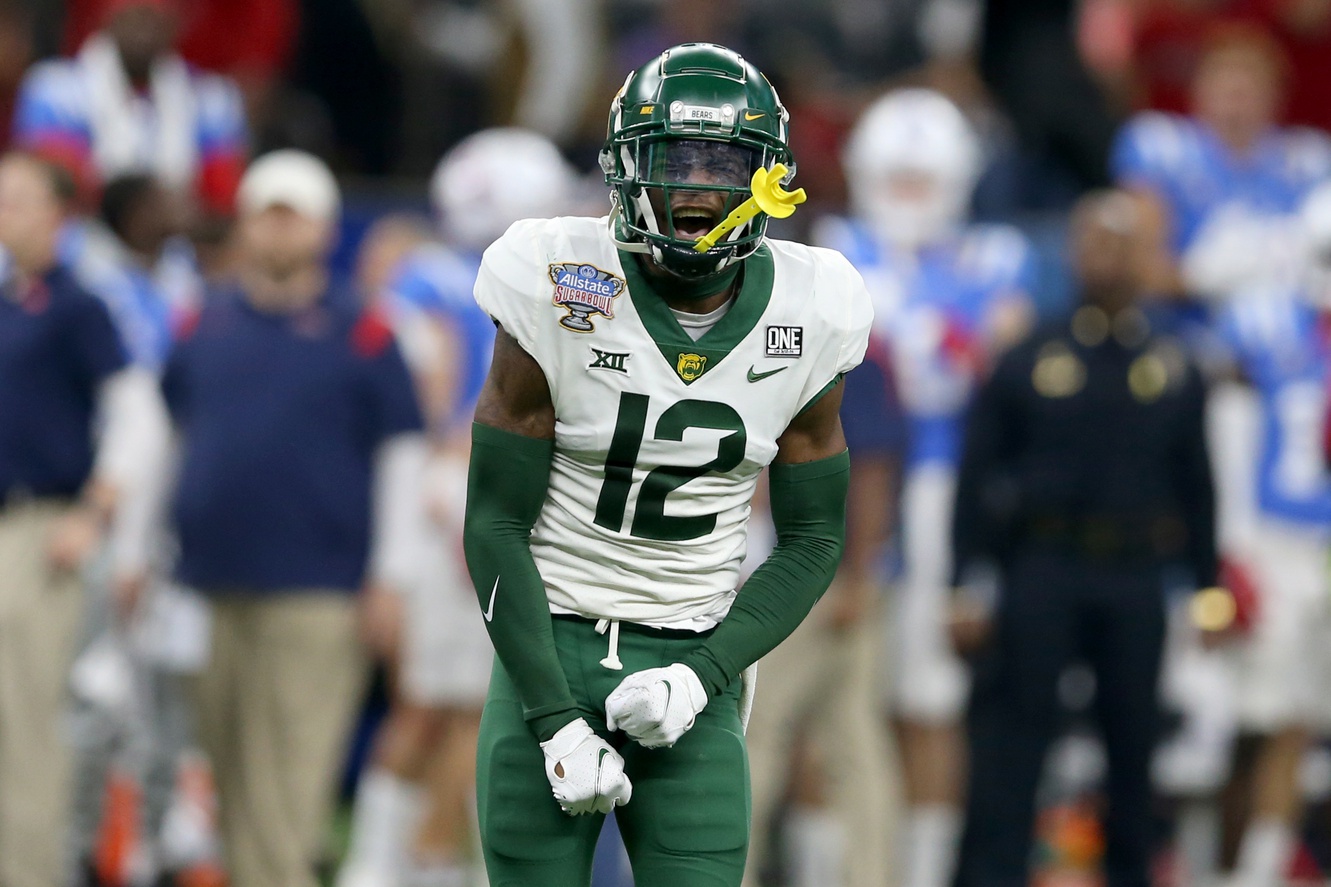 Barnes is his best in coverage as a zone defender. He feels most comfortable when he can keep both the receiver and the quarterback in his eyesight and break on the ball when it is thrown. Barnes, at times, will play his side shuffle for a long time and seems reluctant to start to transition his hips by opening them up.

Kalon Barnes is a senior prospect that is from the state of Texas. Out of high school, Barnes was nationally known as the fastest high schooler in the country. With this type of ability, Barnes had the opportunity to both run track and play football on the collegiate level. Early on in Barnes’ football career, he only saw the field sparingly—while he was an exceptional athlete, he still needed development as a corner. Going into the 2020 season, Barnes was named a starter and has held that position since that time. Barnes is primarily a zone corner that will tend to play with a tight cushion in his bail technique because he knows he is fast. Thornton has the make-up speed to catch up with receivers even when he waits too long to flip his hips and run. Barnes still has parts of his game that need to be developed and early in his NFL career, he will be best served to go to a defensive scheme that runs zone principles that he is familiar with from his time at Baylor.

Man Coverage: Barnes needs improvement in his man-to-man coverage. When he plays press, he often lacks technique and gives receivers the releases that they want at the line of scrimmage. Barnes also shows some stiffness that affects his ability to stay in phase with receivers who are coming in and out of breaks.

Ball Skills: At Baylor, they play a lot of zone and Barnes is usually in a cushioned position, which puts him too far in distance to be able to play the ball on in-breaking routes. He usually arrives a step after the receiver has caught the ball to make the tackle. In the deeper portions of the field, Barnes focuses more so on the receiver and fails to locate the ball in the process.

Trait 4: Barnes is a willing tackler but can use improvement in his technique. At times, he will just simply dive for defenders’ ankles, which proves to be ineffective for him and results in missed tackles.

Versatility: I personally don’t believe that Barnes proves to have much positional versatility. He is a below average tackler that I don’t believe will be sufficient as a run insert when asked to stop the run as a nickel. He also looks to have some lower-hip stiffness and I don’t believe he will be able to keep up with smaller quick-twitch receivers in the slot.

Competitive Toughness: Barnes plays hard every play. He uses his speed to track down ball-carriers from the opposite side of the field. Also, while Barnes isn’t an effective tackler on the perimeter, he does compete with receivers to disengage from blocks.

Functional Athleticism: This player is a really good linear athlete. He shows that he has great down-the-field speed to run with receivers in the deeper portions of the field. His biggest issue is movements that require him to move laterally. Barnes struggles on in-breaking and out-breaking routes that force him to sink in his hips to make a cut in order to mirror the receiver.

Football IQ: Barnes has an average-to-above-average football IQ. He is late in his timing of jumping routes to disrupt the play. He will also get undisciplined at times and bite on a double move, giving up a big play over the top

Run Defending: As a run defender, Barnes shows to be a willing participant. He is active in trying to disengage from blockers to make the tackle, but Barnes needs development in his technique. Barnes seems as though he reverts to disengaging however he can and this puts him out of the play and he loses leverage.

Length. Barnes looks to have average length. Watching his film, there are limited instances where he uses his arm length to break a pass up. I think him utilizing his length is a reflection of his lack of being a high-football-IQ player at corner.