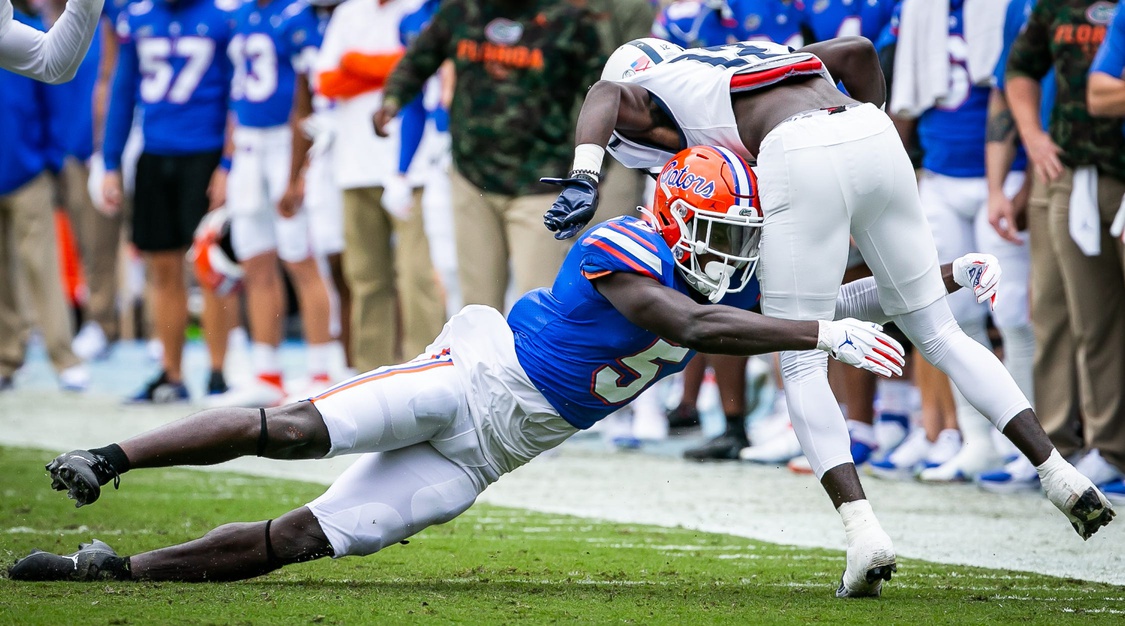 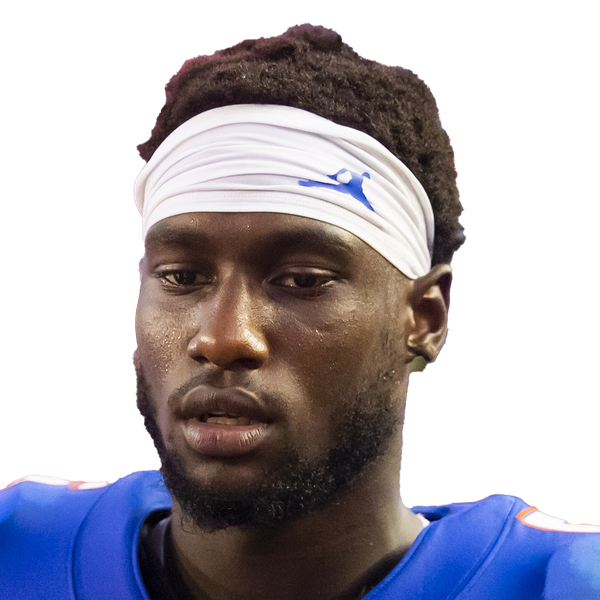 Elam's wingspan is in the 64th percentile of cornerbacks.

Elam has ideal length and it shows up most when playing the ball in the air. He has the ability to restrict the catch radius of his opponents and it helps increase his overall margin for error. Elam is also effective at using his length in press coverage to create jams and reroute receivers.

This is one of the most physically imposing outside corners in this year's draft from a functional strength perspective.

Elam is physical and aggressive in coverage and his competitive spirit shines when he’s challenged and in the way he battles at the catch point. He can suffocate receivers in tight press coverage and quickly take them off the menu, which speaks to his competitive toughness. There are some reps in run support and pursuit where his enthusiasm to get involved can be called into question.

Elam has made his share of impressive plays on the ball where his time in high school as a multi-sport athlete shows up. He breaks on the football with good timing and technique to play through receivers’ hands. I haven’t noticed issues with location and tracking the ball in the air from my exposures.

A three-sport star in high school where he played football, baseball, and track, Kaiir Elam is the nephew of former Baltimore Ravens’ first-round pick Matt Elam. His father played safety at Notre Dame and enjoyed a seven-year career in the NFL. Elam was a highly regarded recruit and he immediately filled the promise of that status by earning playing time and starting as a true freshman and providing consistent play for the Gators’ secondary.

At the next level, Elam’s best fit will come on a defense that plays primarily zone and press coverage, where his length, athleticism, physicality in coverage, eye discipline, and ball skills shine best. While he has sufficient functional athleticism, twitchier receivers that can get vertical are challenging matchups for Elam, so that is something necessary to account for. When it comes to other areas of improvement, he can still find consistency in run support and finishing as a tackler—there are too many instances of failing to wrap up the ball-carrier. Elam has the makeup of a quality NFL starter early in his career and certainly by year two or three. If used correctly, he can be an impact starter.

Man Coverage Skills: Elam’s best moments in man coverage come when he has the opportunity to play in the face of receivers at the line of scrimmage, get hands on in press coverage, and quickly take receivers off the menu. He features an appealing blend of length, quickness, and speed to hold up in man coverage at the next level. With that said, he is grabby and physical at the top of routes and as they elongate down the field. There have been instances of Elam getting stacked vertically and him giving up completions down the field. Twitchier receivers present challenges when they gain quick leverage advantages.

Zone Coverage Skills: Elam is suited well for zone coverage duties in the NFL, where his length, ball skills, and ability to cue the backfield are sound traits. He’s comfortable operating from a half-turn, competing to stay leveraged and squeezing routes. His ball skills truly shine in zone, where he can play forward and attack the ball.

Tackling: Elam’s results as a tackler are a mixed bag, primarily because he isn’t consistent with his technique when it comes to wrapping up. His angles aren’t precisely calculated and that makes it challenging for him to arrive controlled and balanced. He became more consistent in 2021 but there were plenty of lowlights in 2020.

Versatility: Elam has appeal in a variety of coverage techniques but primarily zone and press coverage. Tasking him with regular duties in off-man isn’t ideal and takes away from the best components of his game. He hasn’t been featured much on special teams during his time at Florida.

Functional Athleticism: Elam is a sufficient athlete but his long speed and short-area quickness are often impacted by false steps and miscalculated angles. He’s a wonderful matchup for traditional X receivers but shifty and explosive receivers present challenges. He has the juice needed to match receivers, it’s the recovery component that requires an additional gear that is fair to call into question.

Football IQ: Elam quickly earned playing time and had the opportunity to start as a true freshman, which speaks to his football intelligence. His smarts for the position also shine in zone coverage where he processes well with good eye discipline. His route anticipation skills and play recognition skills have room for improvement.

Run Defending: Defending the run is an area of Elam’s game that I believe has grown the most throughout his time at Florida. I like his temperament to fit the run and play off contact. The key moving forward is becoming a more consistent finisher.