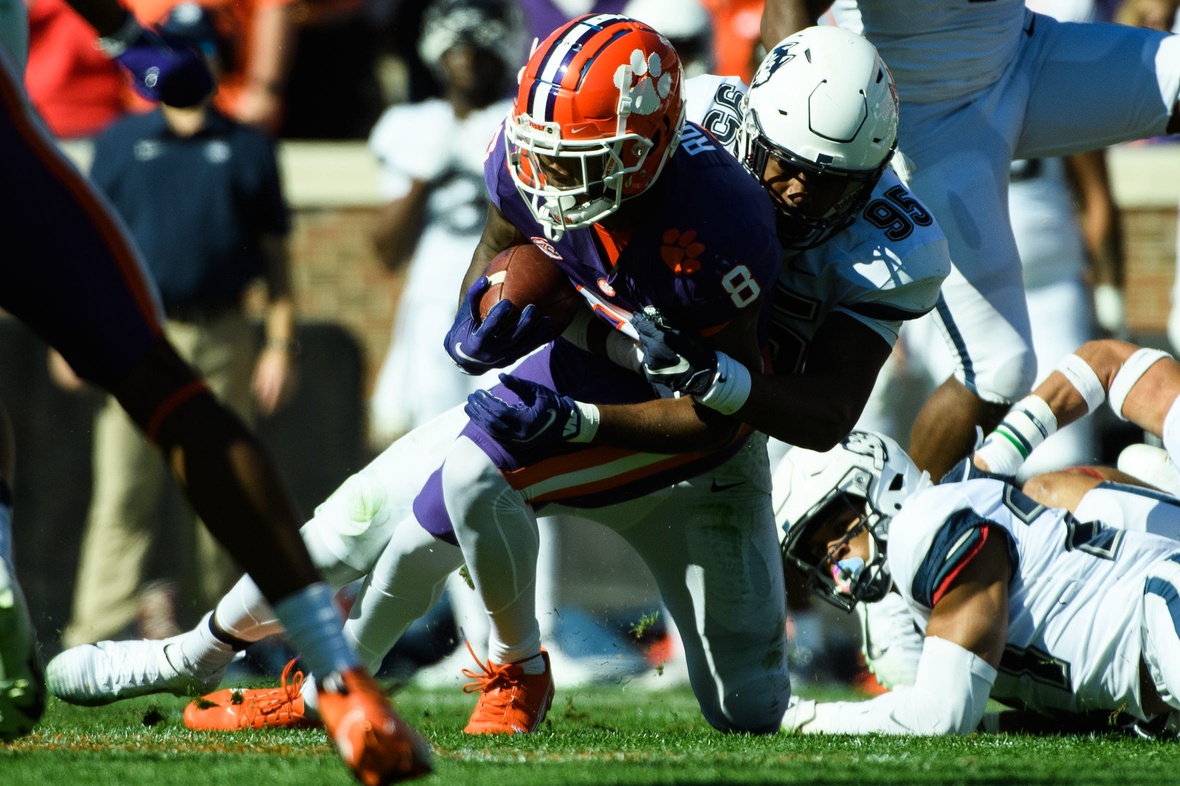 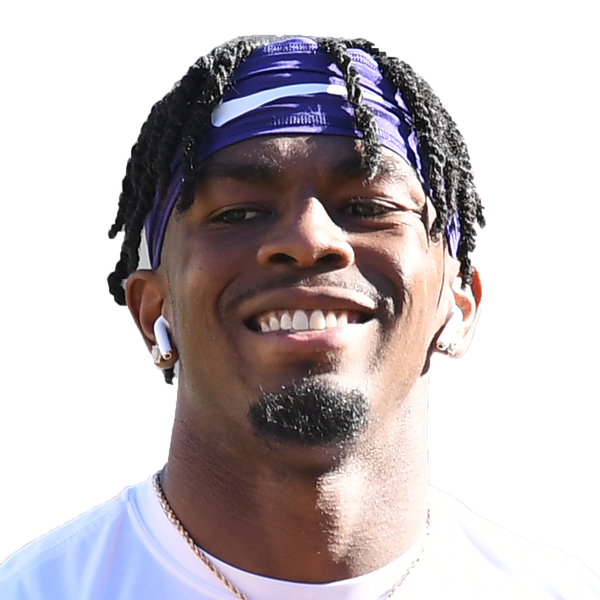 As mentioned a few times in this report, Ross can rebound/dunk on defenders. His long and strong frame allows him to post up his defenders. He is a willing stalk blocker in the run game. After battling back from a congenital fusion condition of his neck and spine that required surgery that forced him to miss the 2020 season, he has worked hard to return to the gridiron.

He is known as one of the best high-point receivers in the country. He attacks the football at its highest point with an aggressive approach. Ross has incredible body control and leaping ability to sky over defenders. He possesses the ability to contort his frame and come down with two feet inbounds. When it looks like he is covered, he is not. Ross is a zip code receiver, just place the ball in his zip and he will make a play on it.

Ross has a big and strong frame that presents a difficult target to bring down after the catch. He hits defenders with a strong straight-arm to keep them away from his frame. He exhibits surprising open-field agility and elusiveness to force missed tackles. Ross has RAC potential at the next level.

According to 247Sports, former 4-star recruit Justyn Ross was the No. 45 ranked player in the nation, No. 7 receiver, and the No. 1 player in Alabama. His mother has served in the Navy and Alabama National Guard. He was one of two top-ranked players in Alabama that did not enroll with the Crimson Tide. He was first-team all-state and finalist for Mr. Football as a senior. Played basketball at Central High School. He missed the 2020 season after having surgery for a congenital fusion condition with his neck and spine. Ross blends together size, weight, and innate ball skills. He is a moveable piece for an offense. He offers strong, reliable hands with his phenomenal leaping ability. He is a hassle to defend when aligned in the slot and given a two-way release.

Route Running: Ross’ short-area routes are run with quickness and sharp cuts at the breaking point. On slants, comebacks, and out-breaking routes, Ross uses sudden, hard plants out of his breaks to win the rep. He understands leverage and how to manipulate DBs’ hips in off-coverage. He uses a false step or dead leg to move defenders away from his target area. He rolls well at the top of his routes and rarely loses speed or momentum. Ideally, his best routes come in the short-to-intermediate areas of the defense.

Hands: He has the occasional concentration drop. Over the three years he has played, Ross accounted for 14 drops with an average of 4.7 a season. On the flip side, he has displayed the ability to snatch the ball from the air. Throughout his career, he has made some incredible receptions that showcased his hand/eye coordination.

Separation: His ability to separate from opposing defenders has a mixed bag of results. On the perimeter, Ross lacks speed and explosiveness. As a result, he struggles to create space vertically. When tasked to attack vertically, he uses a subtle arm extension late in the stem to create space. He is best deployed from the slot with a two-way go. He uses this to his advantage to manipulate the coverage and leverage. Against free releases, he uses his burst to threaten vertically before gearing down on comeback and curl routes.

Release Package: Ross has seen a fair amount of free releases. Facing press/jam technique, he wins with physicality to muscle through the contact or quick foot-fire and jab combos to turn the defender’s hips. His overall release package could benefit from expanding. His best result comes from playing with supreme quickness and suddenness at the snap to avoid contact in the window.

Run after Catch: See Above.

Football IQ: Ross is aware of his surroundings and leveraging of his defenders. Spatially aware to land with his feet inbounds while he is airborne. He does a good job to identify his quarterback is under pressure and starts a scramble drill. He will find green grass and become available for his quarterback. He has good awareness of defenders’ momentum in off-man coverage and snaps his routes to create ample separation, creating a sizeable window for his quarterback. He is a good route salesman. His vertical stems sell a deep route—this creates more space to snap his breaks on shorter routes.

Versatility: Ross has logged one rep as a punt returner and zero on kick-off. There leaves little to no reason to project him in those roles at the next level. He has a pretty close split between slot and wide alignments. He is best utilized out of the slot—his ability to high-point over defenders as a boundary receiver has its perks. His body control comes into play on back shoulder fades to pump the brakes and adjust to the pass. Also, in the red zone, his incredible leaping ability can be a benefit on fade and slot corner routes.

Big Play Ability: Ross can generate big plays for an offense but the designs will be different than his explosive counterparts. He lacks downfield speed, but route combinations out of the slot can generate explosive plays. Skinny posts, corners, deep overs/crosser, etc. give him the ability to stretch the defense vertically and horizontally. The occasional boundary go-ball or back-shoulder fade will work also.