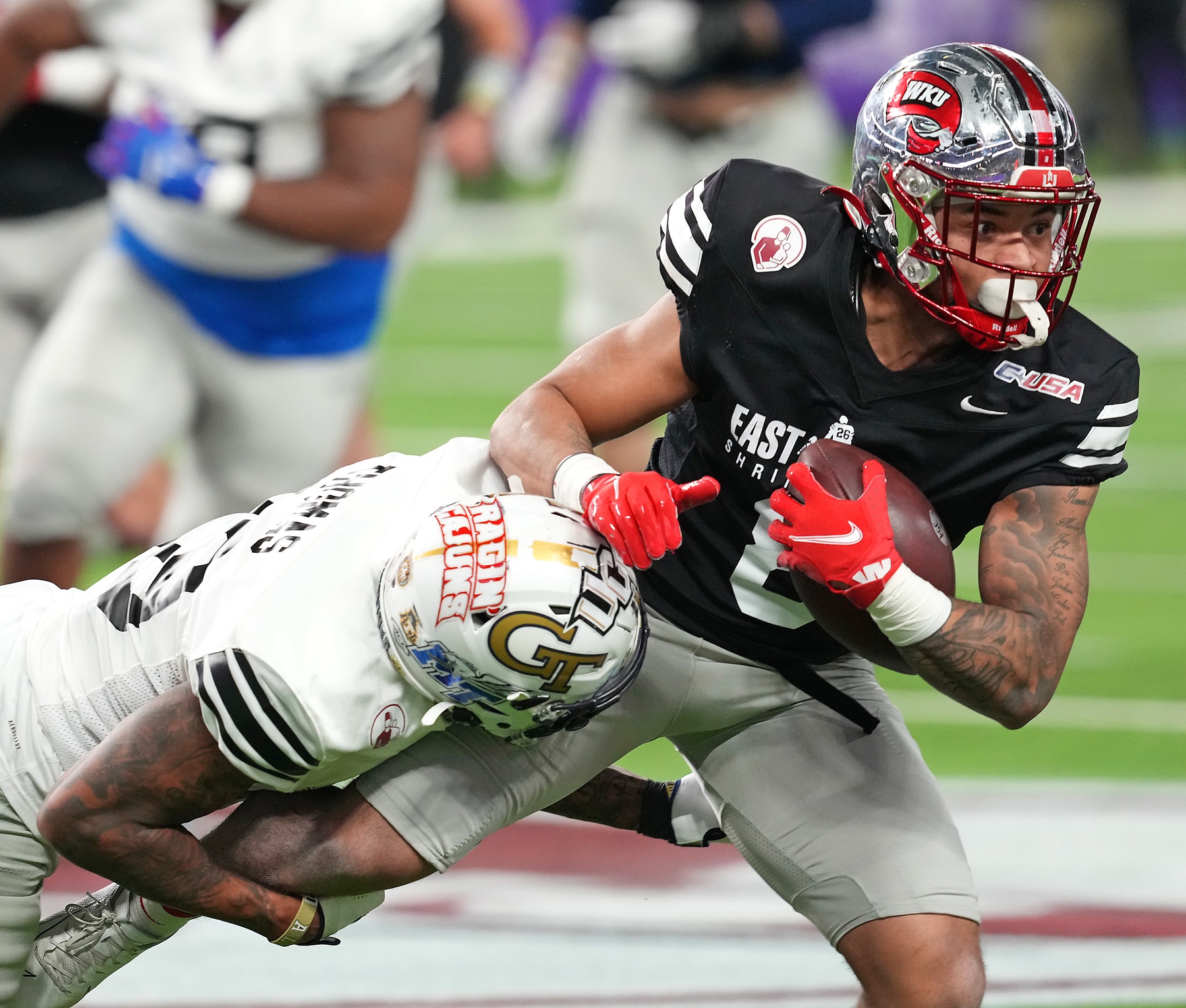 At Georgia Tech, Thomas played in the box, deep, and occasionally from the slot. I’m not convinced he shouldn’t play linebacker at the next level. He has experience as a kick returner and some as a punt returner. He should be an exceptional special teams contributor.

Juanyeh Thomas made noise as a true freshman in 2018 by scoring three non-offensive touchdowns, including two kick returns and a 95-yard interception return. He became a full-time starter at safety in 2018 and manned the position through the 2021 campaign. What stands out most about Thomas when studying him at Georgia Tech is his explosiveness, physicality, run defending, and tackling skills. He’s an urgent football player that thrives playing downhill and being around the football. He is an outstanding tackler that makes impact hits on the ball-carrier. He thrives in condensed areas and when aligned closer to the line of scrimmage. When it comes to concerns with Thomas, it’s his modest range, anticipatory skills in coverage, and that he is a linear athlete. Given his playing style and frame, a move to linebacker may be his best path forward in the NFL. At a minimum, Thomas should be a high-quality special teams contributor that has a role in subpackages, but his ceiling will be defined by either his ability to change positions or how his NFL team limits his restrictions as a deep safety.

Football IQ: Thomas has a natural feel for playing downhill and triggering against the run. That said, his coverage instincts are below average with very little anticipation to his game. He’s an explosive downhill player that is better in coverage when his role is simplified.

Tackling: Thomas is an explosive and physical tackler. He flies downhill and makes impact hits. His hitting power and contact balance are terrific. He is consistent about wrapping and driving his feet through contact.

Range: Thomas is explosive working downhill and can cover ground. He wasn’t often tasked with much real estate in deep zones but he has the athleticism to eat up turf and get to the football. As a linebacker, he would have exceptional range.

Ball Skills: Thomas has modest ball production but he’s fully capable of getting his hands on the football in the passing game. His production in high school and opportunities in the return game speak to his ability to play the ball. His lack of anticipation skills in coverage don’t lead to consistent opportunities to disrupt at the catch point, but when the opportunity is there, he knows what to do.

Run Defending: Thomas is a terrific run defender that thrives as the “plus one” defender in the box. He is explosive working downhill and is an outstanding tackler. Whether he serves as a subpackage linebacker or makes a full-time conversion, he can defend the run.

Functional Athleticism: Thomas is an explosive athlete, but he’s linear. When he has a straight line, Thomas can quickly cover ground and is a heat-seeking missile. His lateral movement skills, change of direction, and transitions leave something to be desired.

Competitive Toughness: Thomas is a physical football player that is assertive on the field. Even when operating from deeper alignments, he flies downhill and wants to be around the football. He is a tone-setter.

Flexibility: Thomas isn’t the most fluid athlete and that’s what brings on the concerns about him playing in deep alignments. He needs to play forward—the closer to the line of scrimmage the better. He isn’t springy laterally or when changing directions.

Special Teams Ability: Thomas should be a spectacular special teamer in the NFL. He has the athletic profile, size, and mindset to excel. He even has two kick return touchdowns on his resume.