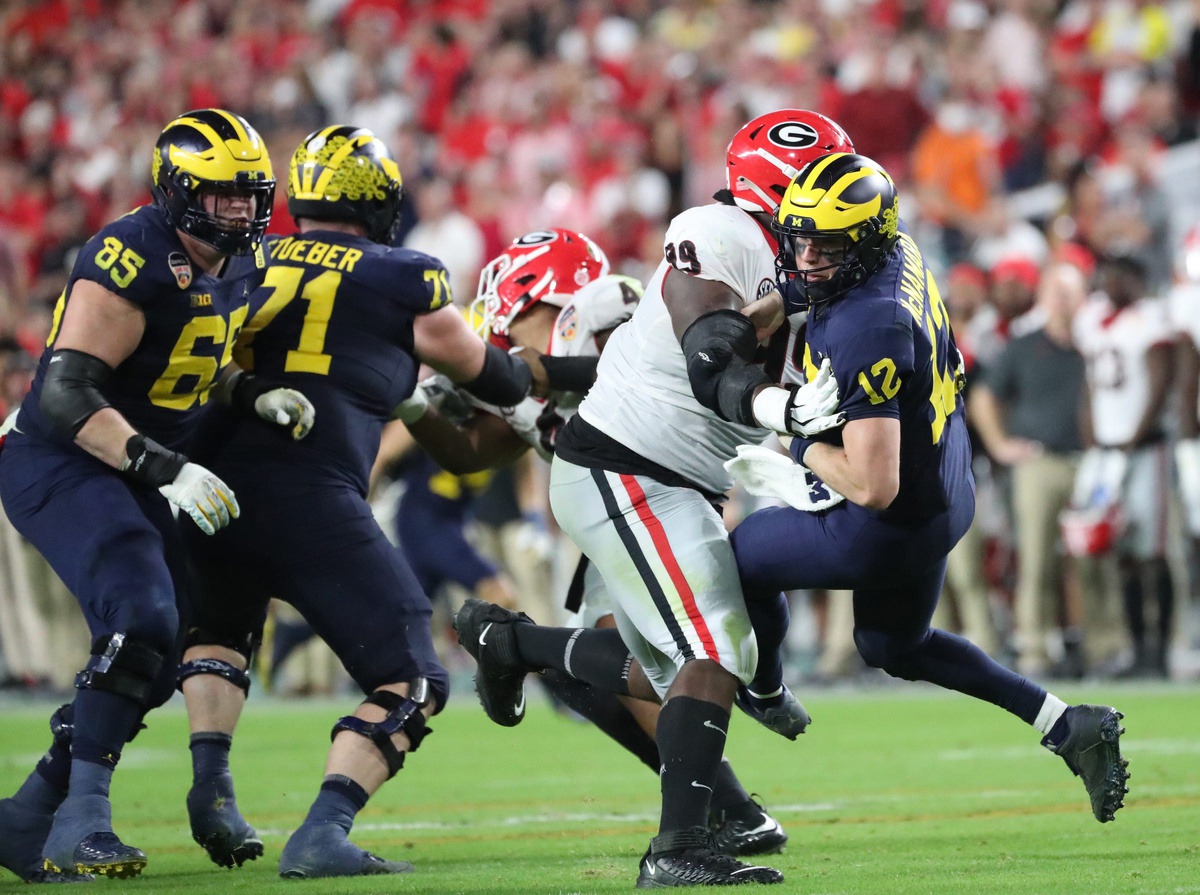 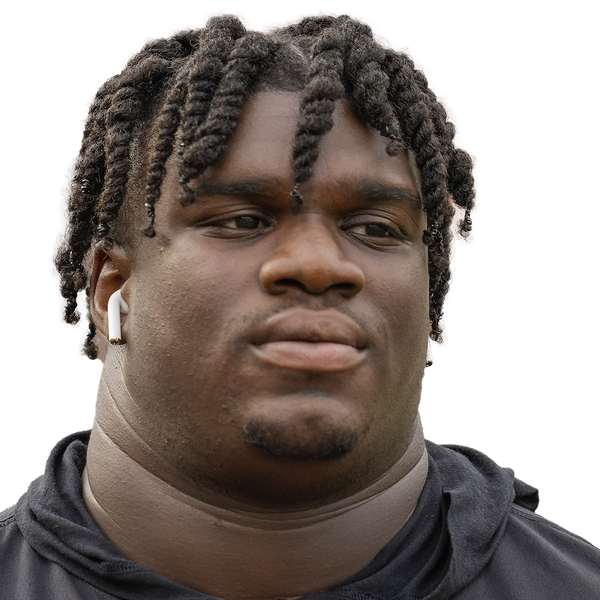 Davis displays outstanding functional strength. He is dominant on the interior and cannot be single-blocked. He creates a new line of scrimmage with his power off the snap.

We dare you to try to block him all game with just your center.

Davis is the best interior run defender in the country. He simply cannot be single-blocked on run plays. Even when he is double-teamed, he still makes plays in the run game.

He is a player that I would consider “stronger” than he is explosive — that said he logged one of the most impressive (and dynamic) NFL Combines in history after cutting weight for the event. He does a good job of creating a new line of scrimmage with his power. His ability to walk the center back 2-3 yards disrupts an offense.

Jordan Davis is a senior who aligns as an interior defensive lineman for the Bulldogs’ even-front defense. He typically aligns at the 3-tech but has also played the 1-tech as they shift their front pre-snap. He demonstrates good reactive athleticism and lateral agility for a young man his size. In the passing game, he has grown tremendously and his conditioning this season has seemingly contributed to this. He is primarily a bull rusher who can push the pocket and put the center in the lap of the quarterback.

He is extremely impactful as someone who absolutely commands a double team, which frees up other players in that front. In the run game, he is dominant. He is nearly impossible to single-block. He has extremely explosive hands to lock out and disengage from offensive linemen. His skill set suggests that he can either be a single or two-gap player in an even or odd front. He can remain on the field in passing situations, but teams may maximize his effectiveness by limiting his reps due to his size and conditioning.

Scheme Fit: He can play in multiple schemes but would be most effective in a 4-3

Flexibility: He isn’t the most limber athlete in linear situations unless you’re adjusting him for his size. However, he can play with leverage on the interior for a taller interior player. He has had issues in the past with playing with good pad level but he appears to have improved in this facet in 2021.

Hand Counter: He doesn’t necessarily use his hands well to counter. However, the power he has in his hands allows him to disengage whenever he wants, against any lineman, and get to the football.

Hand Power: He has very good power in his hips and hands. He comes off the ball and jolts linemen back with his power. He also shows the power in his hands to disengage.

Effort: In the past, the consistency in his effort has been questioned. But he appears to be in better condition in 2021. This helps him to give better effort over the course of a game.

Football IQ: He displays good football IQ. This is evident in his ability to locate the football in the run game. He also plays with good instinctive feel for blocking schemes.

Lateral Mobility: He has sufficient lateral agility. He is a massive young man but does a good job disengaging and getting to the football against the run. He can move down the line when plays are out of his vicinity.