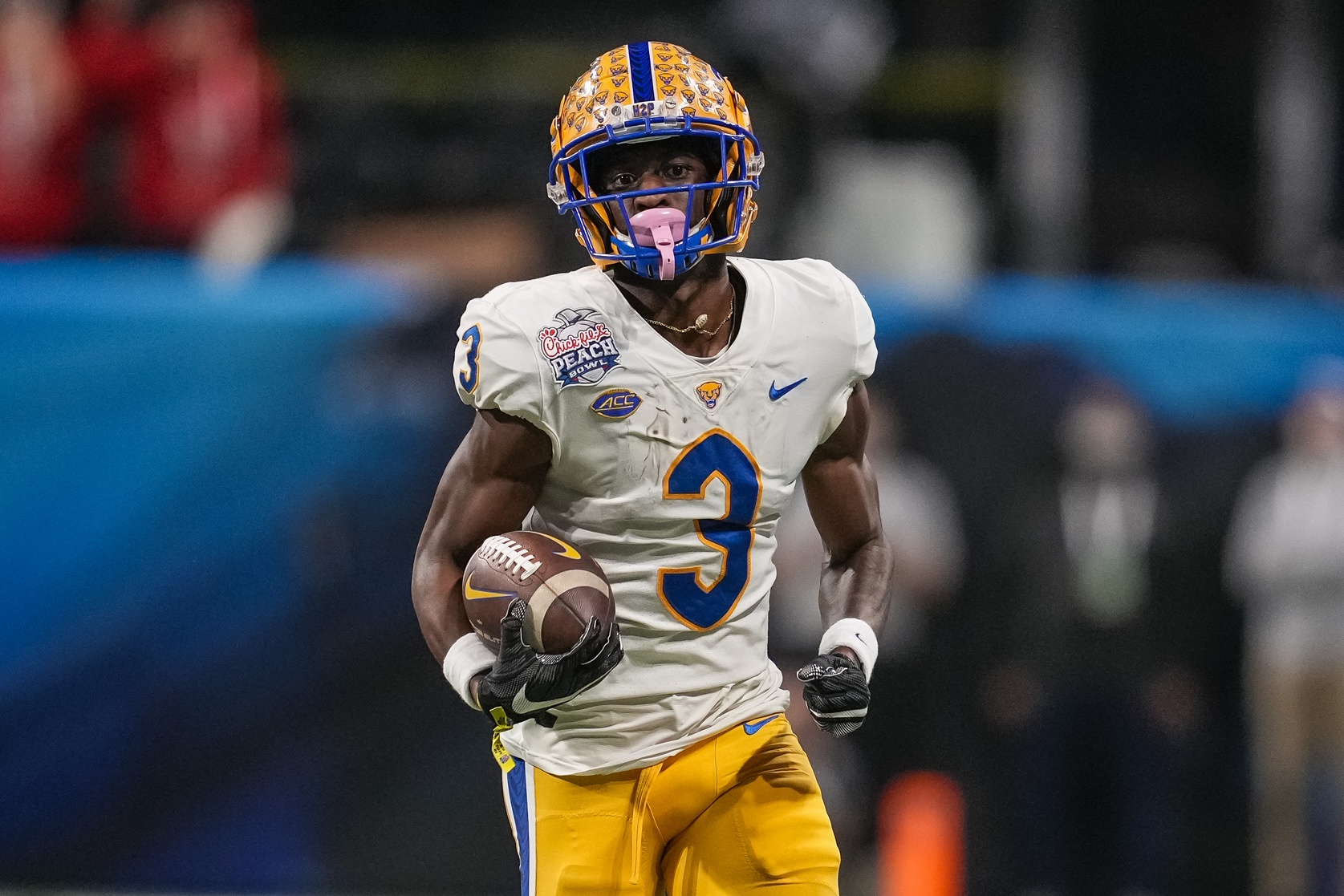 Pros: The biggest thing that popped in initial studies of Jordan Addison is just how dynamic his play is before he gathers the football. There’s a very strong sense of altering pace and attacking coverages with timing, allowing coverages to unfold before accelerating into his break and creating optimal separation. Addison enjoyed a productive freshman season in 2020, but his offensive explosion in 2021 showcased constant separation both down the field and across the middle—he’s a quarterback’s dream in this regard. One would only assume that transplanting him into Lincoln Riley’s system is going to level him up again. Addison has plucky hands and caught several hot throws away from his frame with ease; snatching the ball cleanly away from the body and tucking it to transition into run after catch. The RAC component of Addison’s game is another winning ingredient. Pittsburgh’s offense charged him with plenty of RPO bubbles and quick throws and allowed him to manufacture false steps, poor tackle challenges, and extra yards with the ball in his hands. Addison is highly twitchy and shows very good creativity with the ball in his hands to manufacture added offense. The Panthers charged him with attacking all three levels and USC’s version of him should be no different. Thanks to his adjusted pace tempo, ball skills, run after catch ability, and savvy route-running, Addison’s 2021 figures to serve as a launch point for his game and not just the high-water mark.

Cons: Stature and physicality are not areas of Jordan Addison’s game that will serve as hallmarks. I don’t believe Addison will need to serve exclusively in the slot at the next level, as his agility and route-running will allow him to separate on the perimeter. But he’s not going to overwhelm corners with strength and asking him to consistently win real estate at the catch point in contested situations or high-point throws feels like a misuse of his talents. I don’t foresee limitations on back-shoulder throws and timing targets, however. In the same spirit, I wouldn’t often put him to the run strength and ask him to crack down in the box on run plays, either. Instead, his run contributions should be attacking secondary players at depth and closing down on them to create voids and creases on the edge.