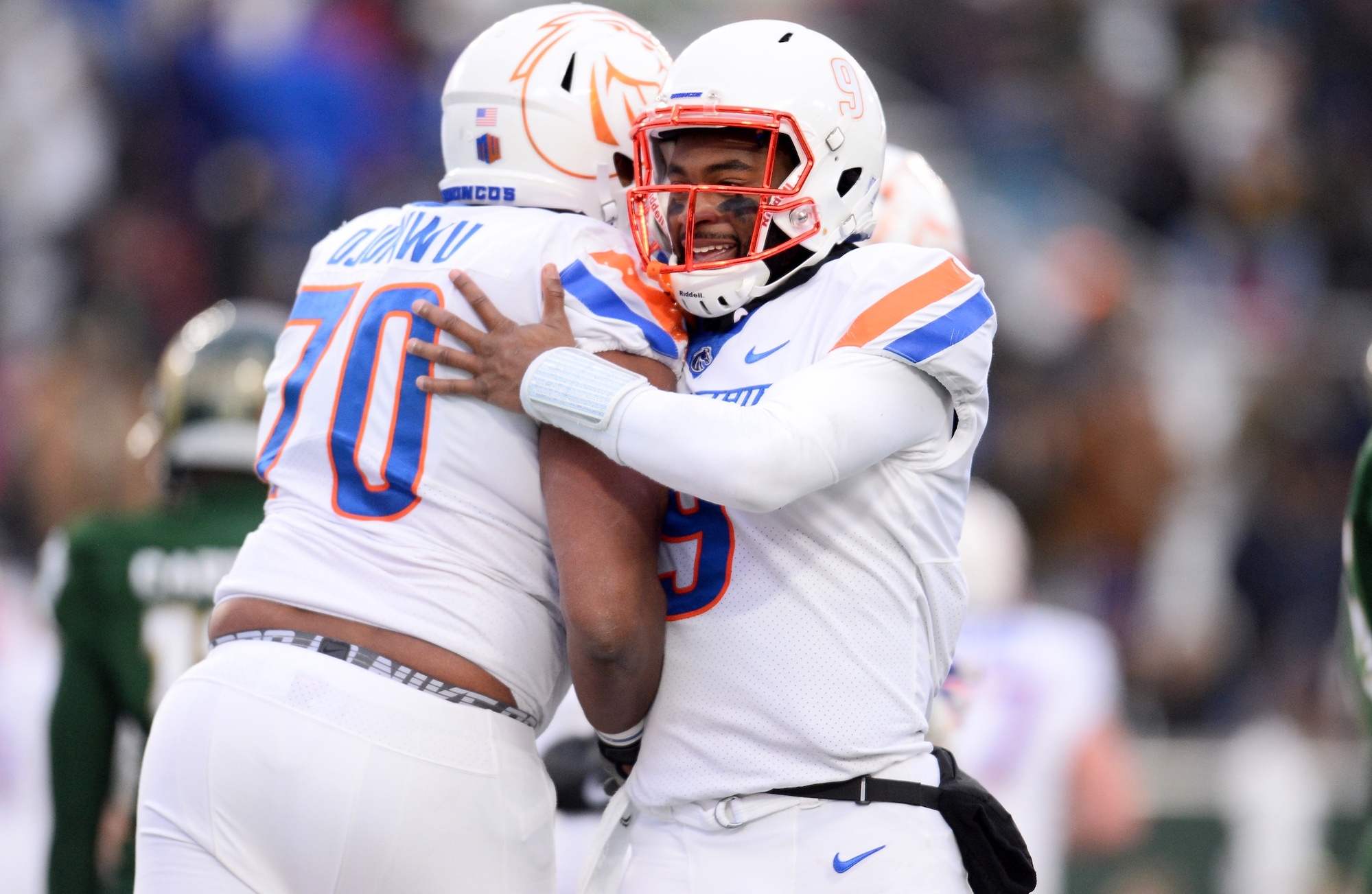 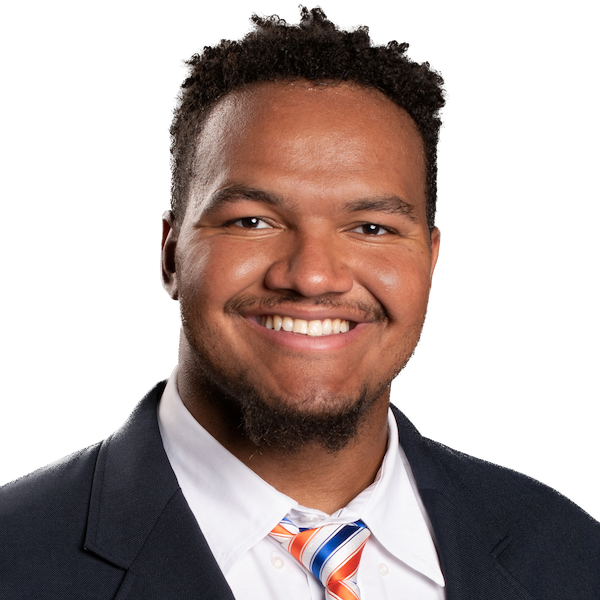 John Ojukwu is the starting left tackle for the Boise State Broncos. The former all-state recruit was a top-four player in the state of Idaho. Ojukwu was once a consensus 3-star recruit that lettered in wrestling and track & field, in addition to football. He began his career playing right tackle for two years before spending the final three as left tackle.

Ojukwu run blocks with a physical and competitive temperament. He likes to drive defenders off the ball and into the dirt if possible. His trigger on run plays is quick and aggressive. Ojukwu has a surprising burst at the snap to make contact in the run game. He plays with good strength at the point of attack. His lateral movement in the run game is noteworthy. I like the athelticism shown on pulling plays into space as the lead blocker.

His arm length and frame combination shows up in pass protection. He does a good job throwing punches with full usage of his arm length. Ojukwu plays uses his burst to get out of the stance and square up opposing rushers. For a bigger player, his feet are nimble enough to mirror rushers once they have committed to their desired path. He has solid ability to pass off twists and stunts. He typically uses short sets to immediately cut off the rusher’s forward progress and momentum.

There is a lack of consistency with Ojukwu’s footwork and base. Some moments, they are on task. Other times, they are scattered. There are too many reps of Ojukwu struggling to absorb speed to power and anchoring. He is driven back into the lap of the quarterback too often. Due to his height and stature, he suffers from being naturally out-leveraged by shorter defenders—they are able to get under his shoulder pads and uproot him as he is retreating in pass sets. Ojukwu tends to be top-heavy and is leaning over his feet from the waist, leading to being susceptible to violent push/pull techniques and rip through combinations. As a puller, Ojukwu is functional athletically to get out in front of the ball carrier but struggles to make impactful contact with defenders in space. He misses and whiffs on his share of blocks trying to hunt down DBs especially.

Ojukwu has played a lot of football during his extensive career at Boise State. I believe his ceiling is capped as a result. Physically, there is not much to improve on. Everything else is mental and technical. I project Ojukwu more as a backup/swing right tackle. Of course, he can play on the left side too. I do not see a starter in his game or on tape.

John Ojukwu NFL Draft Scouting Report. Add him to your big board here.