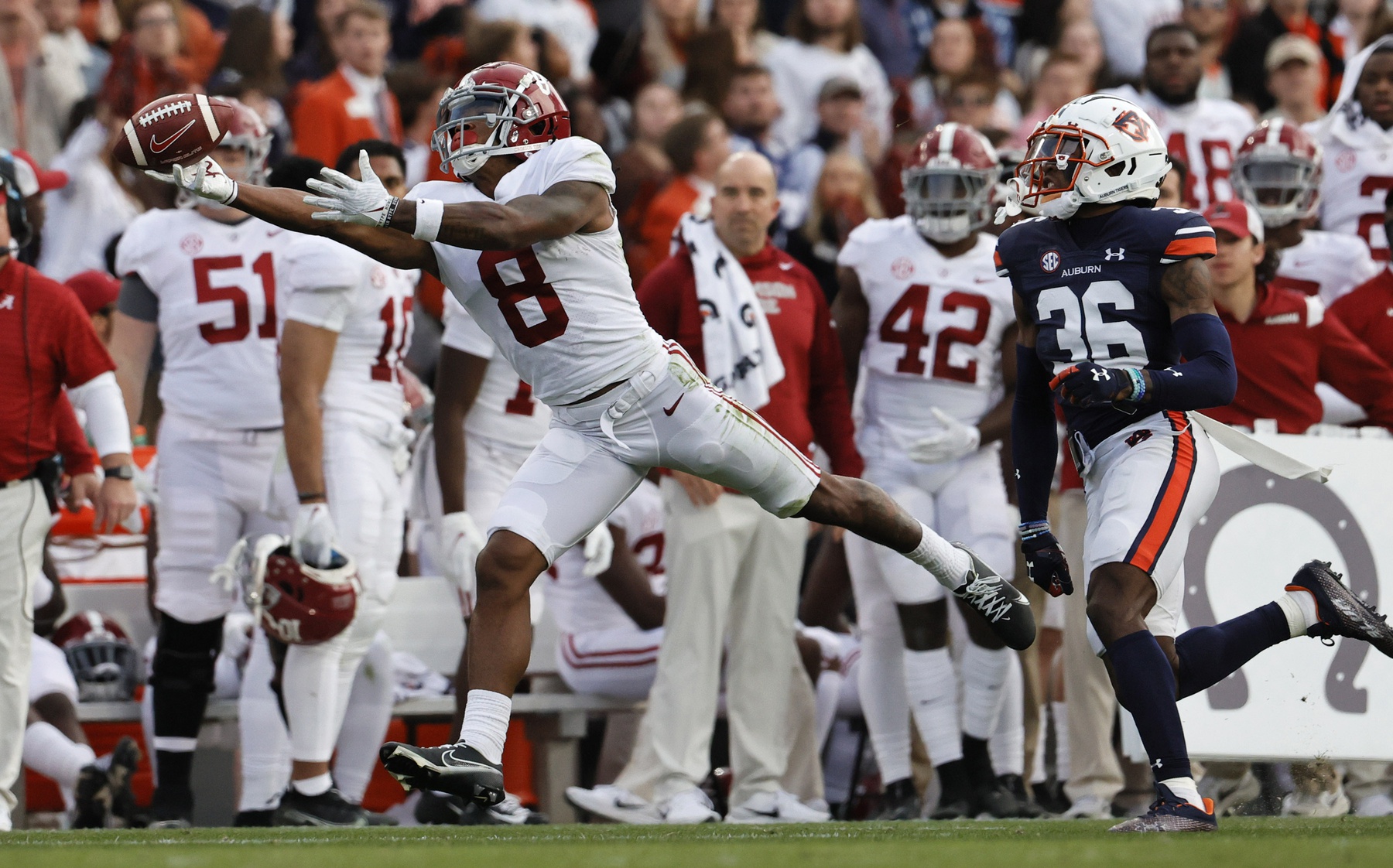 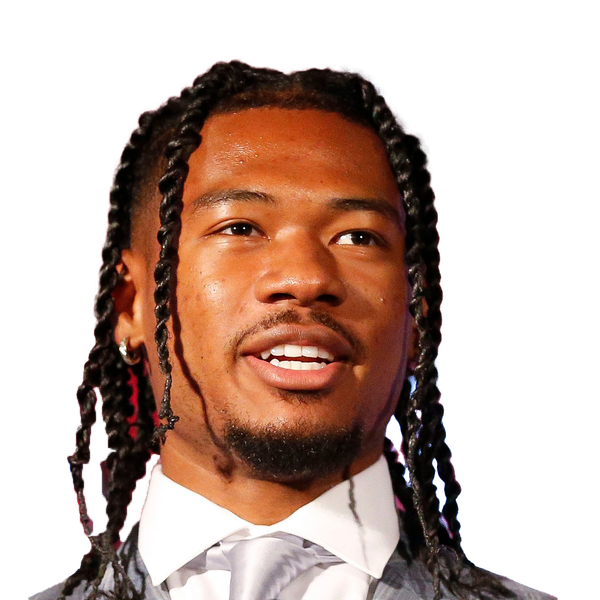 Metchie III, with the ball in his hands, is absolutely electric.

Metchie’s ability to run after the catch is one of his best traits. Once he has the ball he has the option to use his quickness and speed to make defenders miss in the open field. He has exceptional start/stop ability and change of direction. He can also use his sturdy frame and his strength to break arm tackles. His run after catch ability is what will make him dangerous in the NFL. Has multiple touchdowns this year alone from catching a short pass and using his run after the catch ability to score a TD.

Metchie III is capable of creating large amounts of separation at the top of the route.

Metchie is an emphatic route-runner that uses head fakes and arm action at the top of routes to mislead defenders. Uses explosive bursts in and out of breaks to get quick separation from defenders. Has the twitch and fluid hips to run every route in the route tree. Can improve on running routes with patience so that timing can match with the QB’s timing.

If Metchie III can improve here, he's bound to be a highly productive pro.

Metchie for the most part is a body-catcher and has experienced drops during his time at Alabama. Metchie’s inconsistency catching the ball away from his body is an issue and it seems that he lacks the confidence to pluck the ball out of the air with his hands. This also affects his ability to catch 50/50 balls because he isn’t able to get the arm extension and expand his catch radius.

John Metchie III played with some great WRs during his time at Alabama, including first-round draft picks DeVonta Smith, Jaylen Waddle, and Henry Ruggs III—which has taken away from his target share in the past. This past year, Metchie III has seen his target share increase and so has his production with his best performance coming against the Tennessee Volunteers, where Metchie III went for 11 catches 121 yards, and two touchdowns. Metchie III has the size and quickness that allow him to play the Z position or lineup in the slot.

Metchie III is an elite athlete that has exceptional start-stop ability and also possesses electric speed that makes him a scoring threat on every play. Uses his speed to run deep overs, which have been a classic in the Alabama offense over the years. Metchie III also has a sturdy frame for a WR that makes him a difficult tackle for defenders in the open field. Metchie III’s explosive athleticism combined with his ability to break tackles in the open field can make him a dynamic playmaker in the NFL.

Metchie III tore his ACL in the 2021 SEC Championship Game, which is an injury that could potentially throw a wrench in his draft valuation if teams are shaken by the medical prognosis of his recovery.

Ideal Role: Metchie has the versatility to play both Z and the slot where he can use his speed to stretch the field vertically.

Scheme Fit: A spread system that gets the ball to their players in space. Metchie will thrive in an offense that incorporates him in screens and takes vertical shots down the field.

Release Package: Metchie has a very versatile release package that he uses to keep defenders guessing when they are trying to press. That makes him a dangerous weapon when he’s lined up on the line of scrimmage. He can release quickly with the use of his hands if he needs to get into a route quickly or he can release off the line with patience then explode into his route. Metchie has shown the ability to get great releases even in condensed areas. His releases are very detailed and one of the best in the class.

Ball Skills: This is an area that Metchie needs to improve on. On the deep ball specifically, he seemed to locate the ball late in the air, which led to incomplete passes that were open. This is also another part of his game where his catch radius became an issue. His unwillingness to extend his hands away from his body lowers his cach percentage on contested catches. He is more comfortable catching short-to-intermediate throws where he can trap the ball into his body and secure it.

Football IQ: Metchie has shown to have a high IQ when running routes, Understands how to find the openings in zone and sit down where he needs to. He also showed the ability to quickly identify man coverage and accelerate from defenders when running deep routes. For Metchie, the scramble drill is also a great indicator of his football IQ. He has shown the ability to uncover and work to get into the eye sight of the QB.

Versatility: Metchie’s size and athleticism allow him to play multiple positions for the Crimson Tide. His versatility allows for play-callers to get him the ball on short passes such as quick screens, bubble screens, jet sweeps, slants, and also take deep shots to him down the field.

Competitive Toughness: Metchie is a scrappy player and this trait shows up two different ways for him. As a run blocker, he is assertive and enjoys mixing it up with DBs. And secondly, when he has the ball in his hands. Mecthie will lower his shoulder into defenders to fight for extra yardage.

Big Play Ability: Big-play ability is what Metchie brings to the table. His explosiveness and ability to quickly accelerate makes him a big-play threat every play. He has the speed to run past defenders and the short-area quickness to make multiple defenders miss in the open field on the same play.