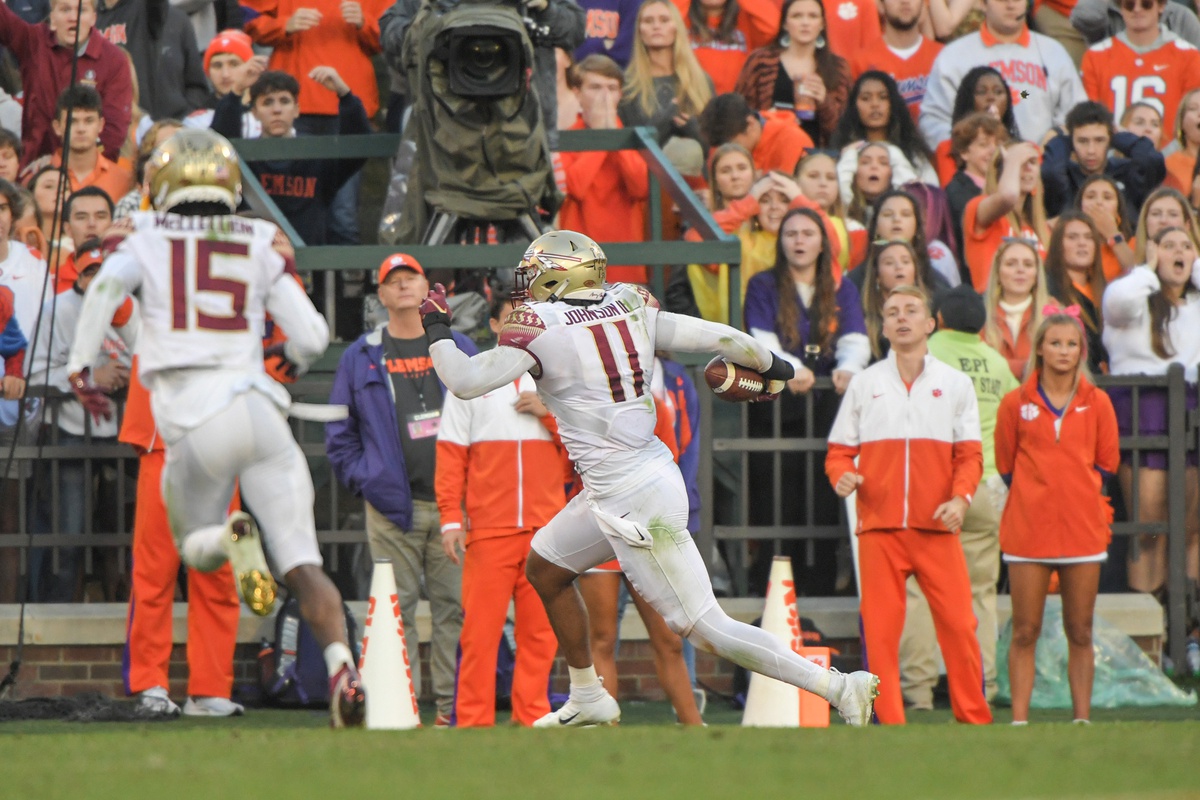 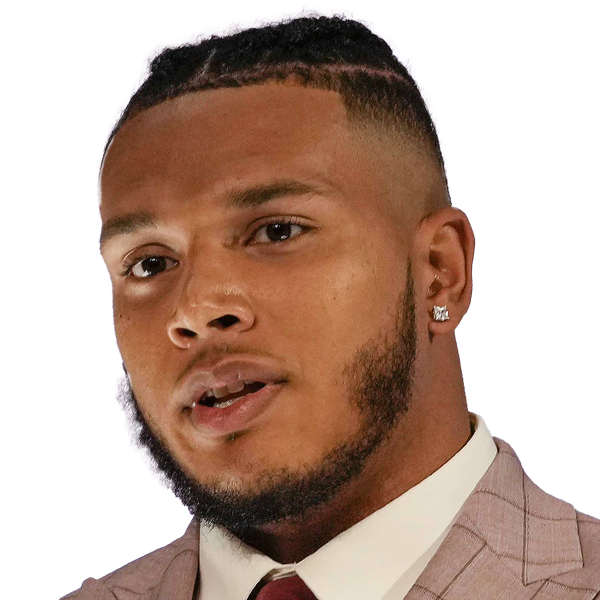 Johnson II understands the nuances of defending the run in all phases and is someone who must be accounted for in the front.

Johnson II demonstrates good power to exchange at the point of attack, set a firm edge, and squeeze gaps as a run defender. He appears comfortable in space and can work laterally to the sideline. Overall, he has good range as a run defender with a large tackle radius. Johnson understands the nuances of defending the run in terms of taking on pullers, feeling reach blocks, and competing for his gap.

Johnson II is a relentless football player that is urgent in everything he does.

Johnson II is a smart defender that is never passive. He keeps working hand counters throughout every snap and is never content being blocked. His motor constantly runs hot. His workload increased dramatically in 2021 at Florida State compared to what it was at Georgia and he embraced the opportunity. Even with playing a large percentage of the snaps for the Seminoles, I love how he consistently made an impact late in games when his team needed it most.

Johnson II took advantage of a bigger role at FSU and showcased just how natural of a playmaker he is.

Johnson II is an extremely smart processor with a natural feel for diagnosing blocks, responding, and filling his role. He takes good angles to the ball and is committed to playing with sound technique and low pads. Even in limited snaps at Georgia, it was obvious that Johnson is a smart football player that executes what he is coached to do.

A 4-star recruit from Minneapolis, Jermaine Johnson II began his career in the JUCO ranks where he played from 2017-2018 before transferring to Georgia for 2019-2020 and finishing his career at Florida State in 2021. After flashing at Georgia in a rotational role, Johnson became one of the most impactful defensive playmakers in the nation with Florida State in 2021.

Watching the Seminoles’ defense in 2021, it was abundantly clear that Johnson was the best player on the field and he made an impact every week and in the most critical points of the game. As a pass rusher, Johnson is quick off the ball, has terrific length, a variety of rush moves, takes good angles, and relentlessly pursues the quarterback. As a run defender, Johnson is an exceptional processor that is stout at the point of attack, understands how to respond to blocking schemes, effectively stacks and sheds blocks, and is a consistent finisher. There are very few limitations with Johnson’s game and he’s a balanced defender against the run and pass with appeal in any scheme.

The biggest question Johnson had to answer in 2021 was what type of impact he could make in a featured role and he absolutely aced the test. Overall, Johnson has good size, athleticism, technique, and functional strength while playing the game with tremendous urgency and features a high football IQ. Johnson has the makings of an impact starter at the next level.

First Step Explosiveness: Johnson II is quick off the ball and he does well to marry his strides to his rush plan. He’s clean when releasing from a two or three-point stance and absent of false steps. While he isn’t a speed rusher, he has plenty of juice available to deploy his rush plan.

Flexibility: Johnson II is fully capable of winning around the outside hip of offensive tackles because of his ability to soften rush angles, reduce the path to the quarterback, press through the angle, flatten, and finish. While he has modest overall bend, he has good ankle flexion that enables him to corner the arc.

Hand Counters: Johnson II’s hands are busy and he does well to work combinations to get off blocks and control reps. He has good timing and placement with his hands. In a full-time role with Florida State in 2021, Johnson’s rush variety was on full display and he has plenty of different tools in his bag to affect the quarterback when it comes to hand usage.

Length: Johnson II has excellent length and he knows how to use it. He effectively uses his length to maintain separation from blocks and execute his rush plan. His length shows up as he closes on the quarterback, often tackling the quarterback outside of his frame because of how he can extend. It’s also a major asset against the run where he’s able to stack, shed, and tackle with consistency.

Hand Power: Johnson II has firm hands that are not easily displaced. He maximizes the pop in his punch with good timing and placement with his strikes. His hands are weapons for him when working to soften angles and work around the edges of blockers.

Lateral Mobility: Johnson II has good lateral movement skills and is fully capable of pursuing toward the sideline or crashing down as a backside defender. His lateral mobility is maximized by taking precisely calculated angles with terrific vision and the ability to play off contact. He changes directions well and shows some comfort in space.

Versatility: Johnson II has appeal as a hand-in-the-dirt 4-3 defensive end and as a 3-4 outside linebacker. He’s a balanced defender that makes an impact as a pass rusher and run defender. Overall, he doesn’t offer much in the way of limitations.