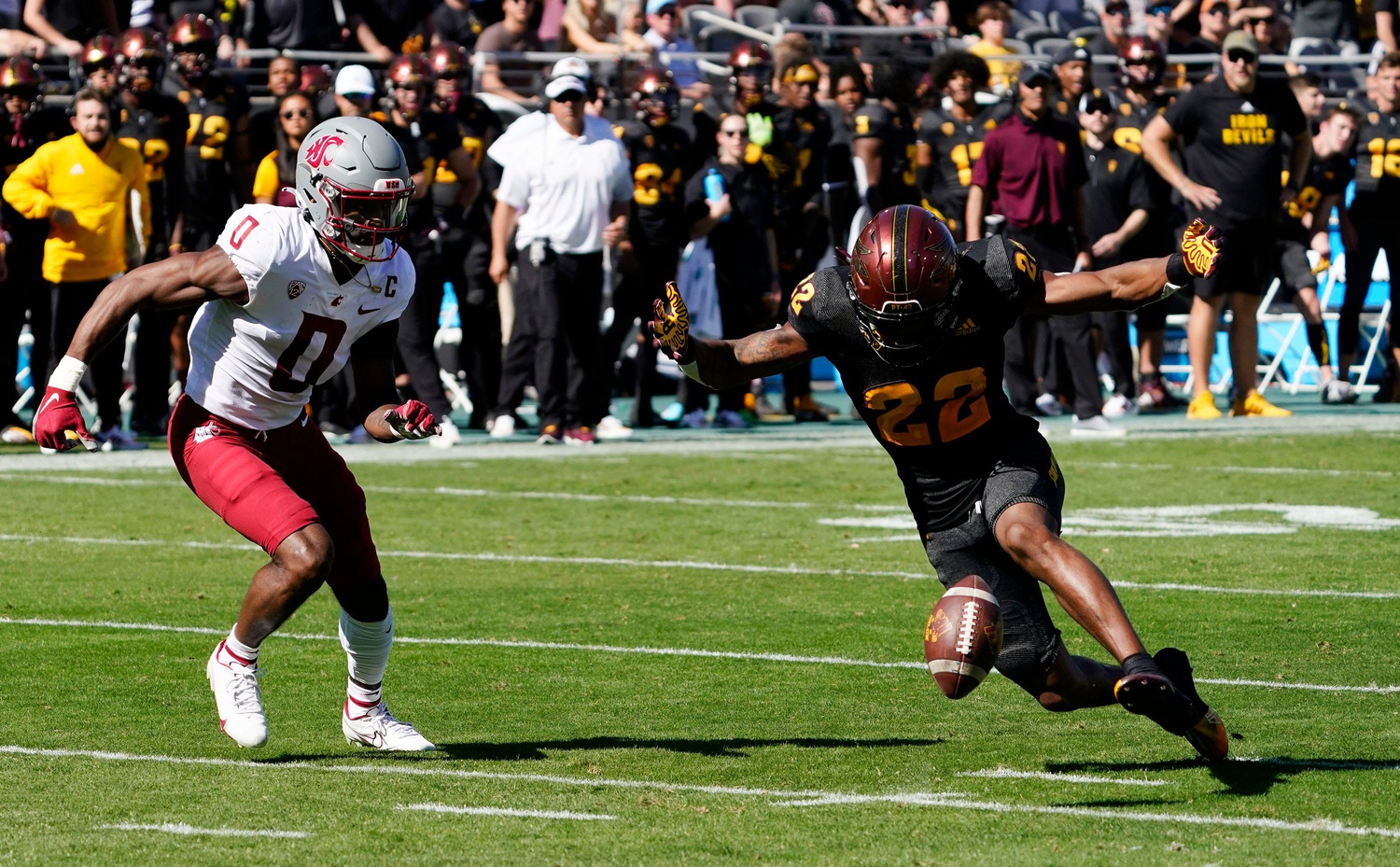 He has moments of good tackling on the perimeter. His length and press ability help to keep him in phase some of the time.

Jaylen Watson is a high-cut player with sufficient athleticism who lacks elite movement skills. In zone, he is effective when playing with vision and keying the QB. In man coverage situations, he is most effective when he is aligned in press and can use his good length to disrupt the timing of the offense. In off-man, he struggles in his transition and could improve his efficiency in this regard. He may be best served learning to play the game from an “open” position, where he can still play with vision but may also help him mirror in man coverage situations. In the NFL, he is a developmental prospect who could grow into a role in sub-package situations, on the outside only, by year two. His skill set doesn’t translate well to playing inside.

Man Coverage: He has sufficient coverage ability in press-man situations. He uses his good length to stab at the line of scrimmage. He isn’t as efficient when he plays off in man coverage situations.

Zone Coverage: He’s been more effective in zone coverage. Playing with vision and keying the QB allows him to use his instincts and ball skills to make plays. He also shows a very good understanding of route combinations and can pass off routes in zone.

Ball Skills: He has sufficient-level ball skills. He could make more plays in the passing game when the ball is in flight. He does a good job of using his length at the catch point.

Versatility: He lacks true positional versatility. He is likely an outside-only corner who should remain outside even in subpackage situations. He should also press as much as possible, as he isn’t efficient in off-man.

Competitive Toughness: He has sufficient competitive toughness. This is evident in his ability to compete to get his hands on the football while in flight. He is also competitive in red-zone and goal-line situations.

Functional Athleticism: He displays sufficient functional athleticism in coverage. He doesn’t have good hips in off-man situations. This is also evident in his ability to mirror receivers.

Football IQ: He demonstrates sufficient football IQ. This is shown in his instincts in zone coverage situations.

Run Defending: He has been a good tackler against receivers and easily limits yardage in coverage. He is also a willing tackler in the run game but needs to improve his efficiency in this regard.

Length: He has ideal length for the position. This allows him to be better with body positioning even if the receiver has a step on him.