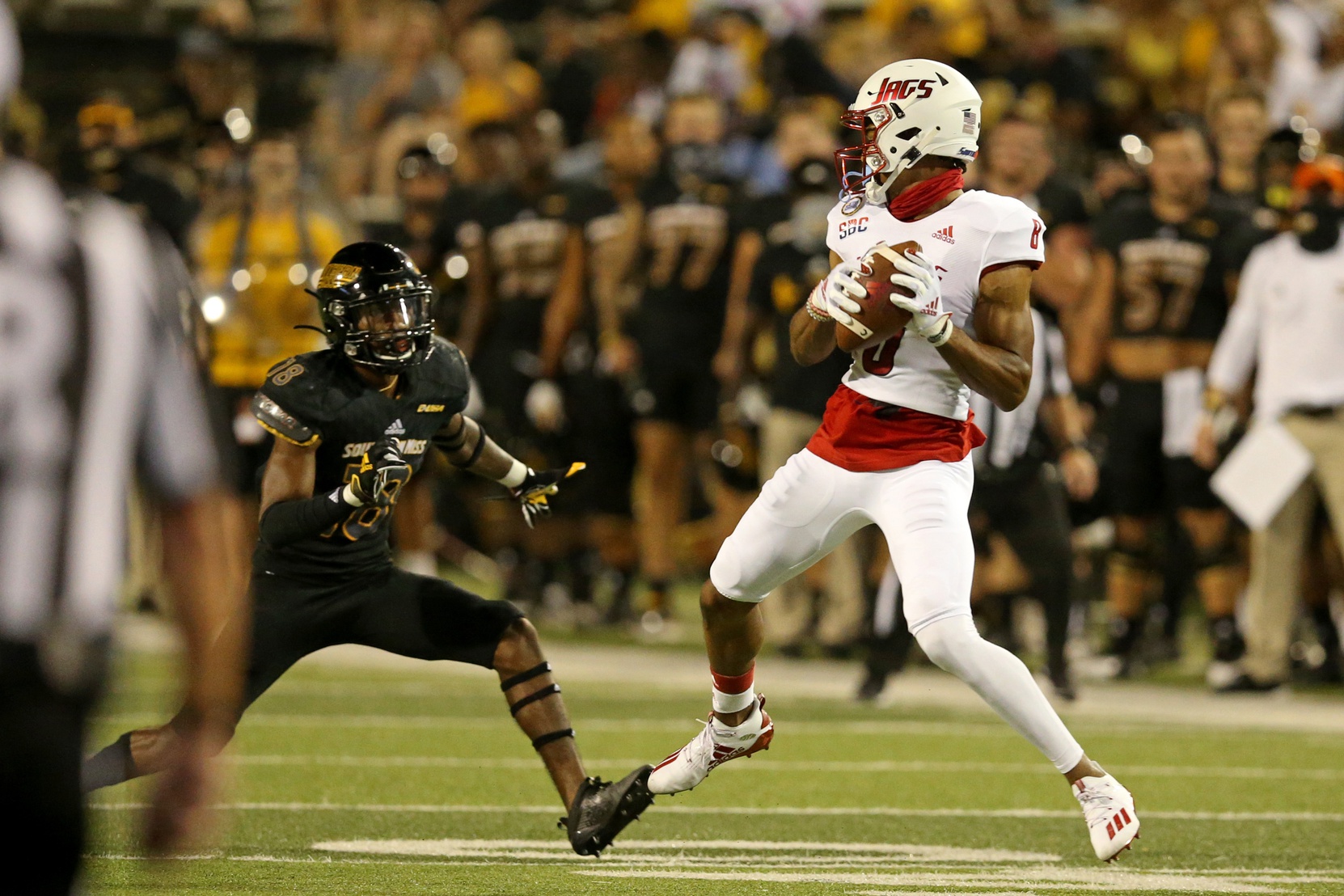 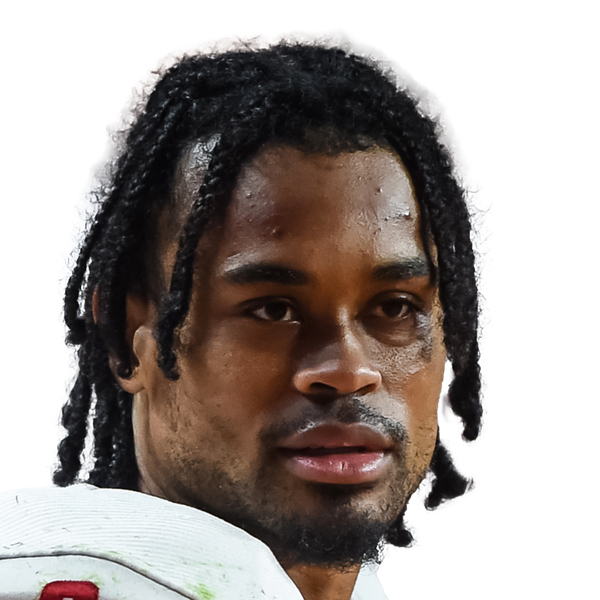 Tolbert has a versatile release package. He can work quick feet at the line of scrimmage and get the defender off balance and blow right past them. He can also use his natural strength to rip right through press coverage when he has to. Tolbert has a good blend of size and speed that allows him to use different releases to get into his route.

Tolbert has exceptional big-play ability. He has the speed to get on top of defenders and stack them so he can haul in the deep pass. He also is a threat on short to intermediate routes to score from wherever on the field.

On most short-to-intermediate routes, Tolbert gets good separation. He has short bursts in and out of breaks that allow him to get good separation from defenders quickly. He can also smoothly turn his hips on speed-outs to make himself quickly available for the quarterback.

Jalen Tolbert is a former 2-star prospect out of the state of Alabama. Tolbert is a fifth-year player that redshirted his first season and played sparingly until his sophomore year. Over the next couple years, Tolbert continued to develop his skills as a receiver and started to see the work pay off as his production steadily increased. Tolbert finished the 2021 season with 1,474 yards receiving and eight touchdowns.

Tolbert possesses a good combination of size and speed that makes him a versatile receiver for the South Alabama offense. Tolbert has the speed to be a vertical threat and also has the strength and size to become a good run-after-catch receiver. Tolbert has a high upside as a player. If he continues to work on the small intricate details of being a receiver, like becoming a detailed route-runner, Tolbert can develop into a No. 1 receiving option in an NFL offense.

Route Running: Tolbert is an effective route-runner but still needs to become more detailed in this area. On deep in-breaking routes, Tolbert is inconsistent in dropping his weight and exploding out of breaks—oftentimes having to slightly round off routes at the top. Tolbert can also improve on selling his double moves such as post-corner and corner-post routes to move the defender off their leverage so the route can be effective. Although there are some deficiencies in his route-running, Tolbert is good at running all underneath routes and seems to have an in-depth understanding of how to get open.

Hands: Tolbert has shown to have good hands. He is good at adjusting his hands to the positioning of the ball and seems like a natural catcher. Tolbert has dropped a couple balls this season, but they seem to be concentration drops and not a result of Tolbert being a poor catcher of the football.

Run After Catch: Tolbert has a good mix of size, speed, and power that allows him to be a tough tackle running with the ball after the catch. Talbot has the speed to simply run away from defenders that he knows that he is faster than and he has the strength to power through smaller defenders and arm tackles to pick up extra yardage.

Ball Skills: This player has flashed spectacular plays to showcase his ball skills. He does a good job of tracking the ball in the deeper portions of the field and if need be can use one hand to haul the pass in. He can make all of the tough catches with a defender draped over him but needs to improve on making the simple catches. At times, Tolbert has concentration drops in relatively easy pass-catching situations.

Football IQ: At South Alabama, Tolbert aligned in multiple positions. This shows his understanding of not only the South Alabama offense but what skill set comes with playing each position on the field.

Versatility: Tolbert’s blend of size, speed, and athleticism allows for him to align in multiple positions on the field. Tolbert has the speed and power to play the X receiver position, but he also has the short-area quickness to align in the slot and be an effective route-runner when he has two-way option routes.

Competitive Toughness: Tolbert’s competitive traits come out in two aspects of his game. When blocking, Tolbert is a high-effort guy and tries to impose his physicality on defenders. And the other trait that shows his competitive toughness is his ability to make catches with defenders draped all over him. Tolbert shows determination and toughness to absorb the contact and still compete to catch the ball