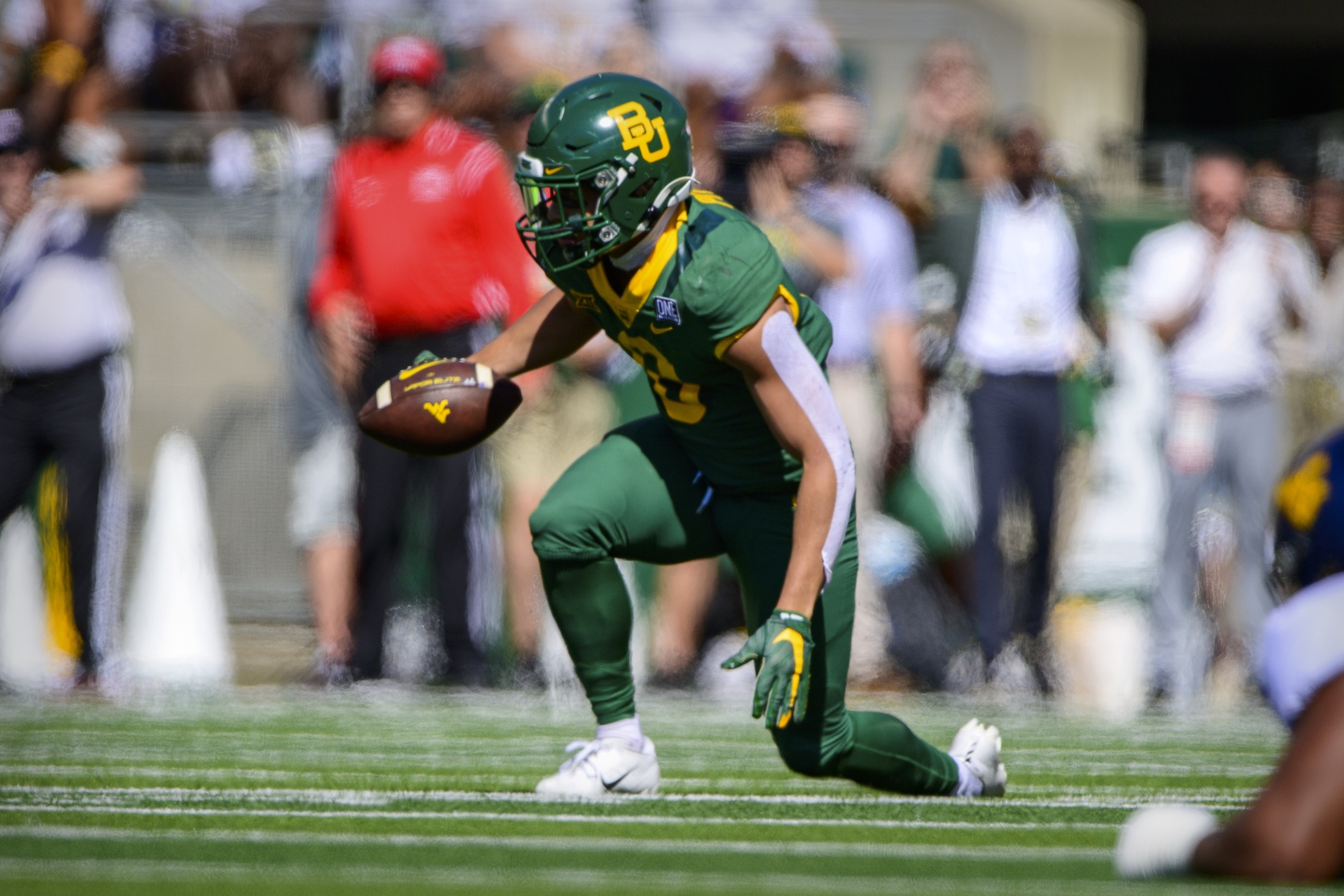 Contextualizing his tape was difficult given how much he was asked to do at times with Baylor.

Pitre’s skill set, instincts, and functional athleticism allow him to be a versatile player. On any given snap, Pitre can be aligned at the rush end or be aligned 15 yards off the ball covering the slot. Pitre can be used as a defensive weapon and utilized where the defensive coordinator sees fit.

Pitre was very reliable as a finisher in the slot and on the second level.

Pire is a really good tackler. He has good closing speed to the ball-carrier and can deliver the powerful knock-back blow. He also showed the ability to break down in the open field and bring the ball-carrier to the ground

The best component of his game.

Playing the run serves as Pitre’s best part of his game. Pitre does a good job of using his instincts to determine the flow of the play and pursue ball-carriers. He is a full-speed player who, when he gets the opportunity, will attempt to run through ball-carriers for the big-time collision tackle.

Jalen Pitre is a former 3-star safety prospect out of the Houston, Texas area. Pitre is a senior defensive back for Baylor that has been receiving significant playing time for the Bears since his freshman year. Pitre aligns in multiple positions for the Bears’ defense. On any given play you can find Pitre playing FS, SS, ILB, or OLB. His athletic traits allow for defensive coordinators to put him in position to make plays.

Pitre is an active sideline-to-sideline player that prides himself on having a physical presence in his tackling. In coverage, Pitre is best when he can play as a middle-of-the-field robber and use his natural instincts to lead him to the ball. In his last two seasons at Baylor, Pitre has seen his high level of play pay off in the form of many awards. In 2020 Pitre was named to the First Team All-Big 12 Team and in 2021 he was named to the AP All-American First Team. Pitre is a versatile defender that has proven that he has a knack for making plays close to the line of scrimmage.

Ideal Role: As a strong safety/primary role to be an inset run defender

Tackling: Pire is a really good tackler. He has good closing speed to the ball-carrier and can deliver the powerful knock-back blow. He also showed the ability to break down in the open field and bring the ball-carrier to the ground

Range: The best showcase of Pitre’s range is playing the run. He has the speed and closing speed to play sideline to sideline and make the tackle. In the passing game, I would like for Pitre’s range to improve. As of now, he doesn’t seem to be a range player when he is the single-high safety.

Ball Skills: At Baylor, Pitre plays predominantly close to the line on the line of scrimmage or as a stack backer, which limits his ability to display his ball skills. Pitre has shown that he has good enough hands to intercept the ball. Would like to see more of this payer as a true safety to determine how good his ball skills tracking the football in the air are.

Functional Athleticism: Pitre has good functional athleticism. He has shown the ability to redirect in space and turn and open his hips to run=un vertically up the field. Pitre’s biggest question mark is down the field.

Completive Toughness: Pitre competes at a high level. In the run game, he is willing to battle with tackles and tight ends to set the edge. He is also willing to chase down the ball sideline to sideline and is a full-field pursuit player.

Flexibility: Pitre has shown to have good flexibility. When he has to backpedal and flip his hips, it is a smooth transition for Pitre and he stays balanced. He has also shown the ability to quickly put his foot in the ground and burst to redirect to pursue the ball-carrier.