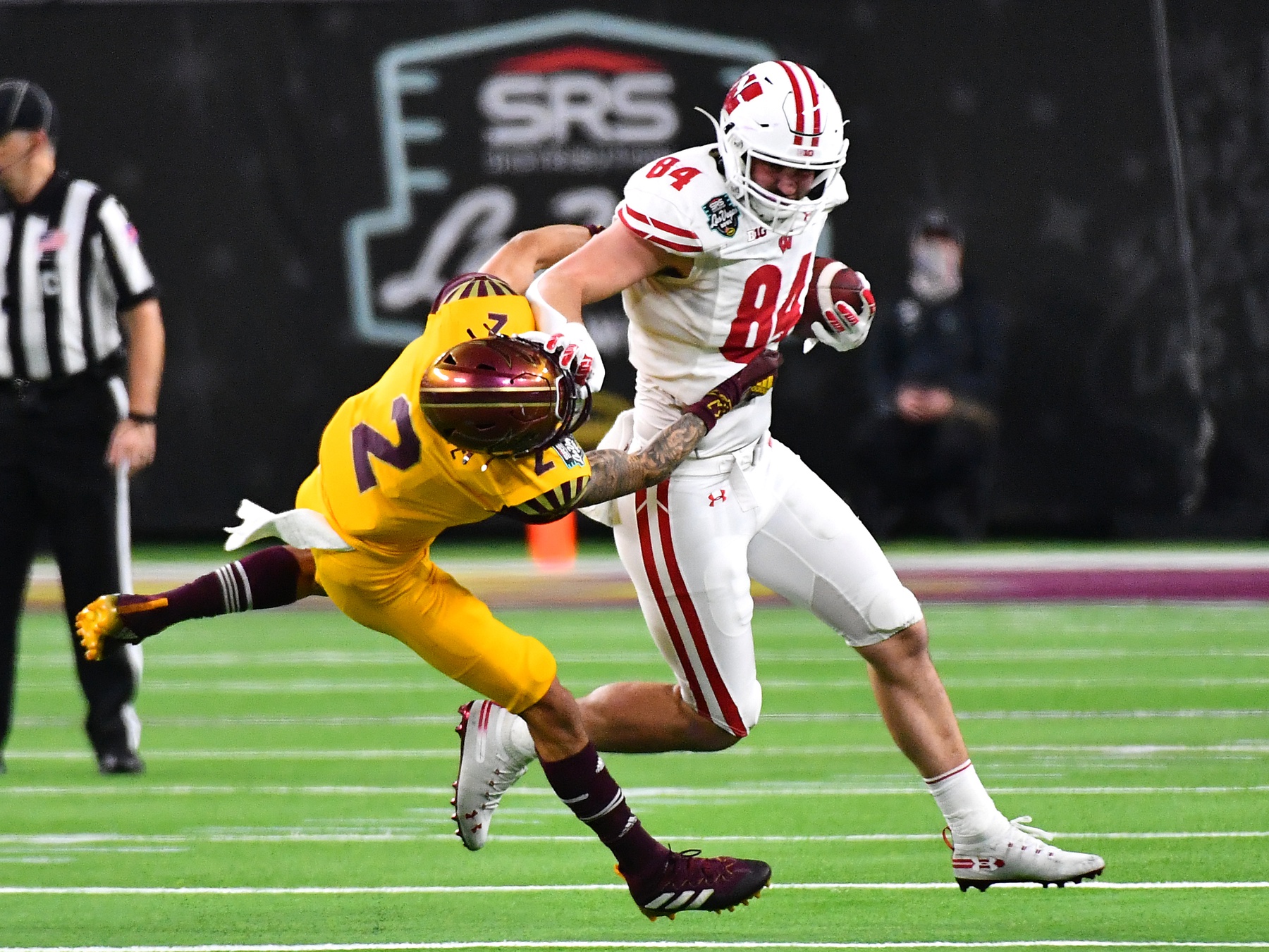 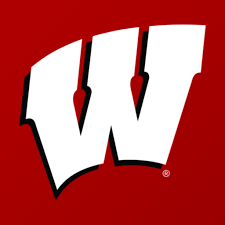 Ferguson is an impressive receiver who has quickly gained the trust of multiple quarterbacks during his two-year run as a starting TE for the Badgers. He serves as a safety blanket over the middle of the field and offers plus size and fluidity to snap off against linebackers and create easy targets for his quarterback. Whether it’s high point receptions in traffic, bobbling one-handed catches on errant throws or going low to dig out a throw, his hands have flashed for the better in all instances.

Ferguson has no shortage of attachments, alignments or pre-snap movements at his disposal. Teams that like to change the pre-snap picture or package in indicators for defensive responsibilities will appreciate how much he’s been asked to move around. I think he’s a viable NFL receiver at the TE position and as a blocker I’d consider him to have an overall plus skill set so you’re going to have a chance to get a 3-down player if you need one.

Ferguson has been called upon in a number of different alignments and detachments. I think he’ll do well in a traditional Y (in-line) role but he’s proven he can handle a big menu. He’s been granted a lot of reps at Wisconsin and for a prospect playing at a position that stereotypically offers a large learning curve, I think he’s as well prepared as anyone could hope for to step into the pro game and contribute meaningful snaps.

Wisconsin tight end Jake Ferguson projects as a traditional Y-tight end at the NFL level. In the modern game where mismatch tight ends are all the rage and everyone is looking for the next elite flex option, you’ll need to keep looking if you hope to find that in Ferguson. But what you will find here is a rock solid tight end prospect who has a number of practical applications to both 11 & 12 personnel groupings. Ferguson has been asked to do a lot of things for the Badgers and has served as a preferred target for the entirety of his career in Madison — the passing offense has been something of a struggle but Ferguson has been one constant throughout it all.

Logging at least 30 receptions in four straight seasons, Ferguson has been a staple to the offense. He’s highly effective in the red zone out of play action passing for the Badgers — he’s often found wide open thanks to the run-heavy approach of his team. But even when he’s covered or working against zone coverage, Ferguson shows the size, ball skills, concentration and hand strength to haul in contested catches. Those contested skills extend beyond just the red zone, but his efficiency as a target is through the roof in this area of the field. Wisconsin has moved him around a lot before the snap, too; he’s aligned in the slot, in a sniffer alignment, with his hand in the dirt, in the backfield as a fullback and he’s gotten to each of these alignments with both shifts and motions; he’s clearly got the pallet for a vast array of calls and pre-snap responsibilities. Jake Ferguson isn’t necessarily one of the more sexy options in this year’s class as a receiving tight end, but he’s an all around talent at the position and should be able to find a role at worst as a TE2 for 12-personnel teams and be a reliable chain-mover and red zone target in the passing game.

Route Running: He’s not a dynamic route runner but he does show some acceleration through the top of his routes and I’ve seen him run a wide array of targets from his TE alignments; including stick, out, dig, corner, spot and a delayed release from the flat. I appreciate the variety of spaces he can attack against both man and zone coverage and he found a fair amount of space to work unless he was getting catch coverage from physical defenders who could bump him and attach within the first 5-yards.

Competitive Toughness: This has felt like a constant area of improvement for Ferguson over the years at Wisconsin. He’s done well to continue to add strength onto his frame and it allows him to play sticky when fitting initially and offer recovery when defenders try to shuck him with extension. He’s not a mauler but he plays with an urgency. He’s a handful at the catch point and bullies defenders with the ball in the air.

Ball Skills: Impressive catch radius and did well to adjust to throws put on his back shoulder when running up the seam. I’ve watched him convert low and go to the ground to dig out a throw on an out pattern that was on his shoe laces with a defender on his inside hip. He made a spectacular one-handed grab against Penn State on a ball he had to work way too hard for. He’s been well conditioned to adjust to throws based on his QB play.

Blocking Skills: He flashed in mobility and skill to get attached to defenders as a blocker, but too often whiffs on securing a clean fit with his hands and is working to simply keep leverage on the defender. Skilled defensive players have had success stacking him with relative ease on films studied, too. That said, I do believe he’s gotten better at the secondary effort on these plays to stay attached, particularly on LBs.

RAC Ability: He’s got a bit of wiggle and isn’t afraid to drop a shoulder and challenge defenders in space if he feels he doesn’t have an exit route. But that said, I don’t see this being someone who creates explosive plays with consistency after the catch; I believe he’s going to be more of a red zone target and a chain mover. I appreciate that he’ll put you in the defensive in the open field to rumble for yards and challenge you to tackle him well.

Pass Protection: Ferguson has been used plenty in pass protection. His base and punch power showcased best as a help blocker instead of being given solo assignments and I’m not sure that you’d want to grant him the end man on the line of scrimmage at this point in his career. He’s strapping and strong, but blocking ends one on one doesn’t appear to be a winning formula for him.

Big Play Ability: Ferguson has the ability to energize his team by making tough catches in traffic and holding on through body blows at the catch point. But I don’t see a vertical receiver or a consistent seam-buster who is going to be good for downfield receptions and I like him more as an intermediate and shallow receiver.