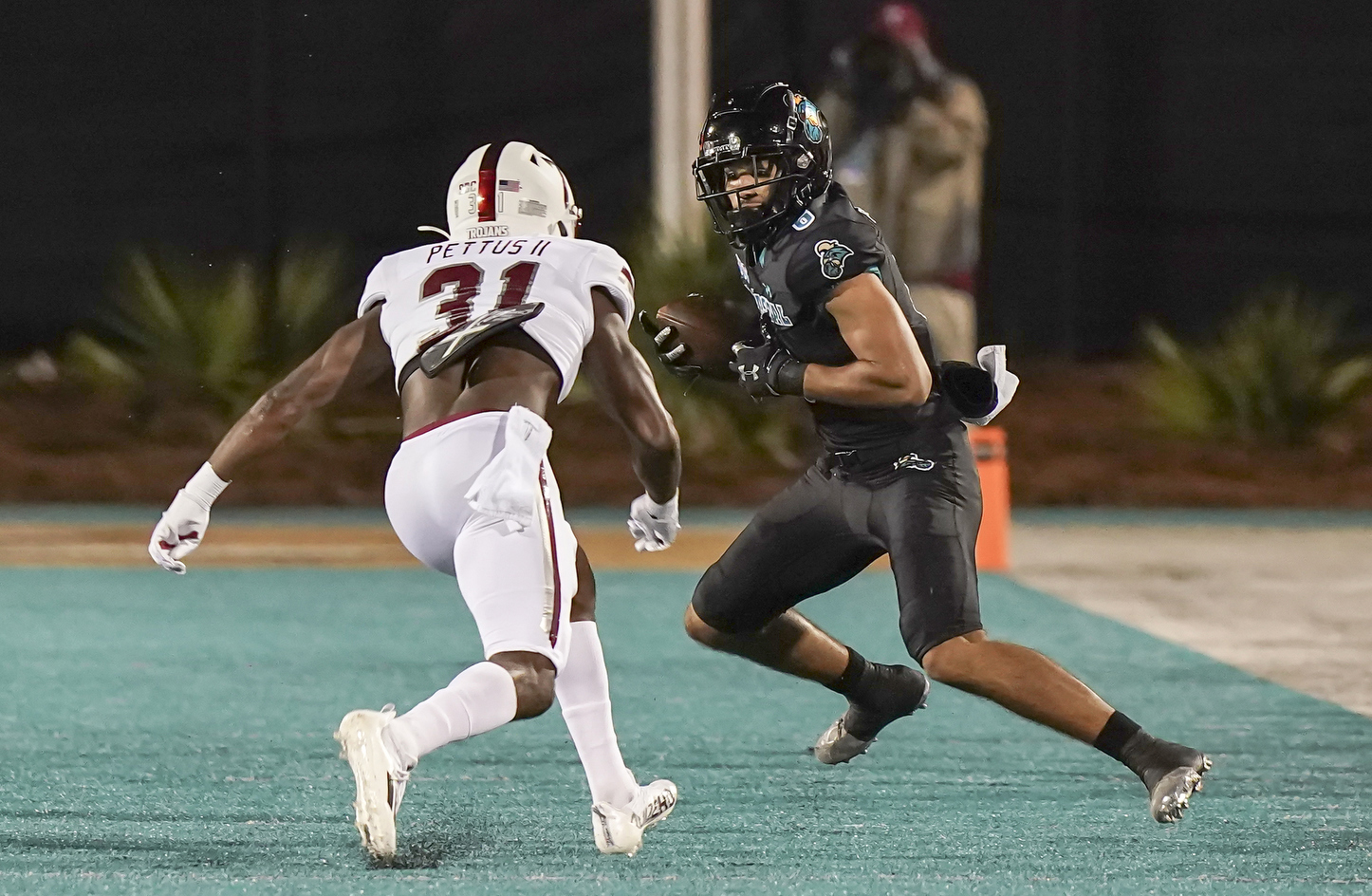 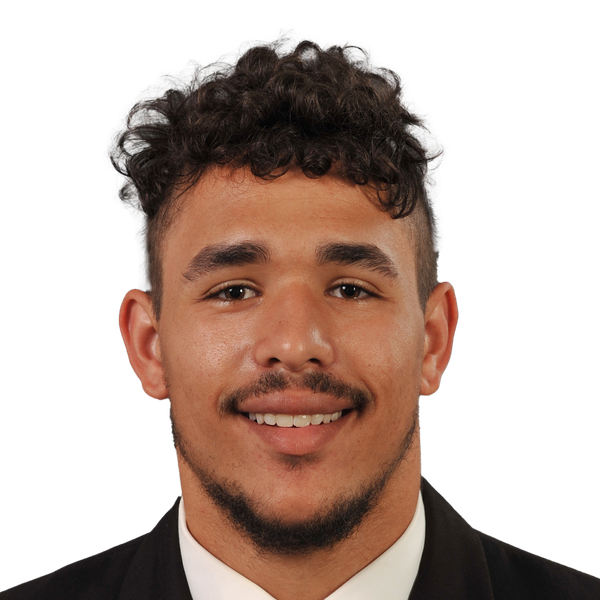 Heiligh has shown to have good hands to pluck the ball out of the air and secure the catch. Heiligh is most comfortable once he has created separation and can really concentrate on bringing the ball in. The aspect of his game that he needs to develop is catching the ball in contested situations or with defenders in close proximity. It seems as though the defenders alter his concentration and while he can get his hands on the ball, he doesn’t always secure the pass for a catch.

Jaivon Heiligh is a former three-star recruit from the talent-rich state of Florida. Since his arrival to Coastal Carolina in 2018, Heiligh has been a contributor, playing in all 12 games that year. Since that point, Heiligh has continued to grow and mature as a player and his overall production reflects that. Each year that Heiiligh has played his production in yardage has increased. Heiligh was able to finish the 2021 season with more than 1,100 yards receiving and seven touchdowns. At Coastal Carolina, Heiligh has developed into the No. 1 receiver and often the security blanket for the quarterback. Heiligh does not possess any elite athletic traits but always seems to get open and make himself available for the quarterback. At Coastal Carolina, Heiligh aligns in multiple receiver positions playing the X, Z, or in the slot. In the NFL, he should look to do the same. Heiligh should have his best success as a slot receiver who can uncover on underneath routes.

Route Running: Heiligh is not a precise route-runner but he is effective. On underneath routes, he has a knack for getting open and creating separation to make himself available for the quarterback. Although inconsistent at times, he has shown the ability to sink his hips and get out of breaks. His best routes are short in-breaking routes where he has the field to work with and get open.

Separation: Heiligh can create separation through his quick burst that he has at the line of scrimmage. Heiligh uses his quick-twitch ability to quickly evade defenders and get into his route when running short-to-intermediate routes. The area that Heiligh can most improve on is his deep routes. Heiligh is not precise in his route-running and it affects his ability to get open.

Release Package: At the line of scrimmage, Heiligh likes to use quickness and finesse to get off. He will show quick foot-fire to get the defender to lose leverage so he can release or he will sell a quick outside move in order to get the defensive back to open their hips and commit and then turn back inside in order to free himself.

Run After Catch: With the ball in his hands, Heiligh provides minimal run-after-the-catch ability. He is capable of running after the catch when he catches the ball in stride in an open field, but his lack of what seems true speed shows. Heiligh can slip defenders’ arm tackles but does not possess true strength to be a difficult tackle.

Ball Skills: This player is most comfortable catching and securing the pass on in-breaking routes or routes working back toward the quarterback. In certain situations, Heiligh lets the ball get into his body and traps the ball to secure the pass. Heiligh does show the ability to catch the ball away from his body but will occasionally play it safe and let the ball get into his frame to make sure he secures the pass.

Football IQ: Heiligh is a pretty savvy player and his football IQ shows in multiple ways. He is really good at identifying holes in one coverage and settling down there for the quarterback to get him the ball. He is also good at working the scramble drill and finding a way to uncover to make himself available for the quarterback.

Versatility: At Coastal Carolina, Heiligh plays all of the wide receiver positions effectively. He seems to have a good understanding of spacing and how to get open, whether it’s on the boundary at X or Z or in the slot. Heiligh has traits that best fit a slot receiver, but he’s capable of giving good reps at other receiver positions.

Competitive Toughness: Heiligh is a competitive player. He is a guy that is a willing blocker on the perimeter in the screen game and he also is willing to mix it up with defenders on running plays.