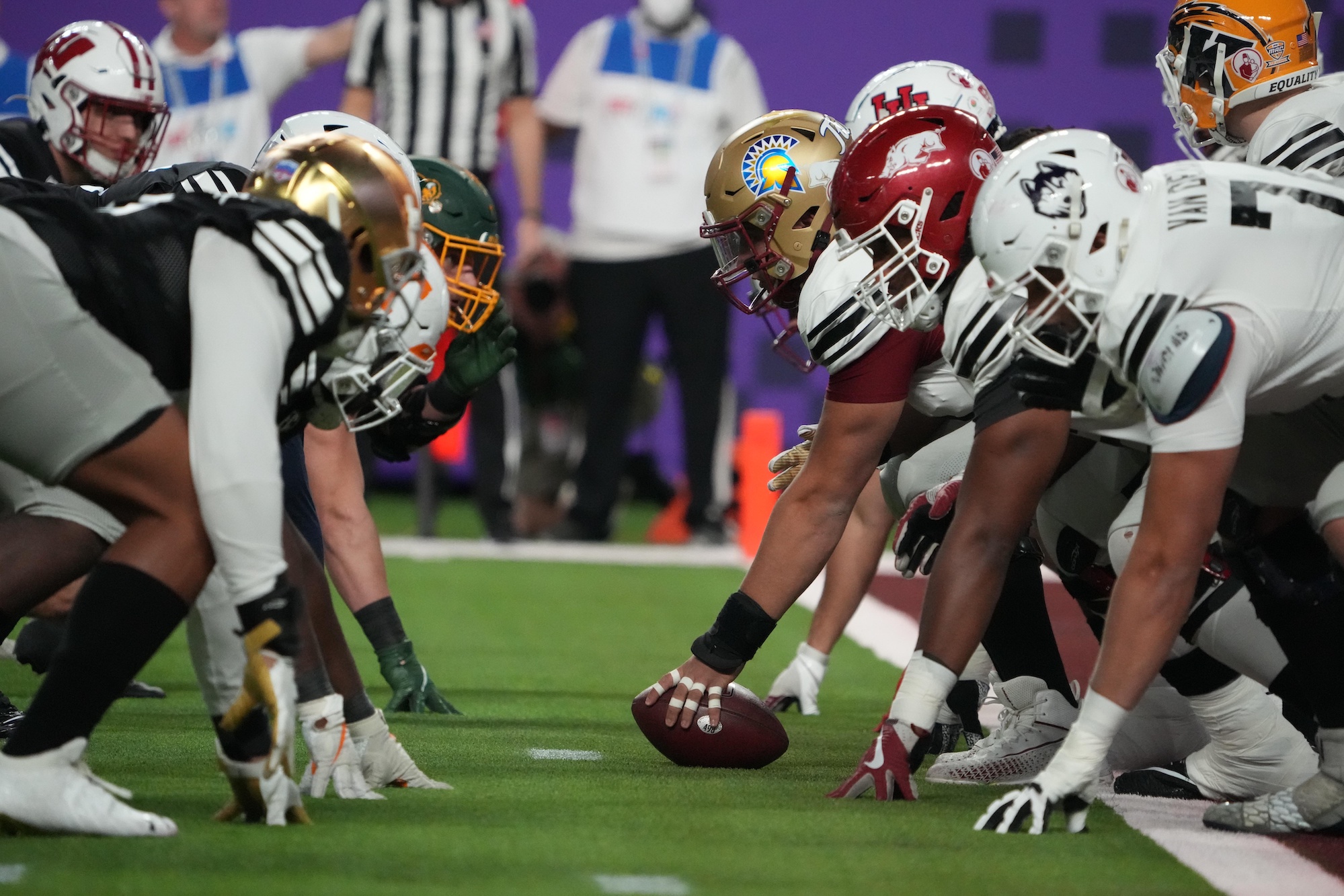 He’s a sufficient lateral mover, specifically when reacting to games. However, his skill set suggests he would be better served inside at the next level. His movements will benefit him greater on the interior.

He is strong at the point of attack and easily anchors at that level of football. He doesn’t bend exceptionally well and could maximize his strength more to anchor with more lower-body flexibility.

He has good power at the point of attack. He has a strong punch and easily stops power rushers. This will help him in his projection to the interior in the NFL.

Jack Snyder is a redshirt senior who currently aligns at left tackle for the Spartans offense. He has spent time at right tackle during his career, as well. He plays with adequate athleticism on the edge with regard to balance and body control. In the passing game, he is sound from a technique standpoint. He plays with a good, strong base and it is hard to bull rush him. He shows adequate ability to redirect his feet laterally on inside moves. He also plays with good vision and reactive athleticism to twists and games. In the run game, he is good. He is strong at the point of attack on drive blocks. He plays with good finish and a nasty disposition. He can climb to the second level but doesn’t always engage due to his lack of athleticism. In the NFL with pro coaching, he could develop into a guard that rosters in the NFL by year two with the ability to grow into earning big minutes at the pro level in the right situation. He lacks the ideal athleticism and length you’d ideally covet on the perimeter, but he has the skill set to translate favorably inside. His ability to get you out of a game in a pinch at either of the tackle position only adds to his value.

Balance: At tackle, he projects with just adequate balance for the NFL. He doesn’t bend exceptionally well and can get a little top-heavy—particularly with regards to getting his shoulders over his toes.

Pass Set: His pass set is sufficient on the perimeter for the college level of football. He lacks good athleticism to project to tackle in the NFL. However, he projects with the ability to redirect on counters better in a phone booth at guard.

Competitive Toughness: He has good competitive toughness. This is evident in his ability to come off the ball and strike in the run game. He is also a nasty finisher and looks for more work in space.

Length: He appears to have sufficient length overall. He doesn’t always lock-out and use his length on the edge. His length also assists him as a drive blocker in the run game.

Football IQ: He plays the game with good instincts and football IQ. This is evident when the defense brings extra defenders in the box.

Hand Technique: His hand placement was really inconsistent. He generally keeps his punch in the breastplate while in pass protection. However, there were a few moments where he’d get them outside of the frame.

Versatility: He projects with true positional versatility. He has aligned at left tackle during his career. He also projects favorably to kick inside to guard.