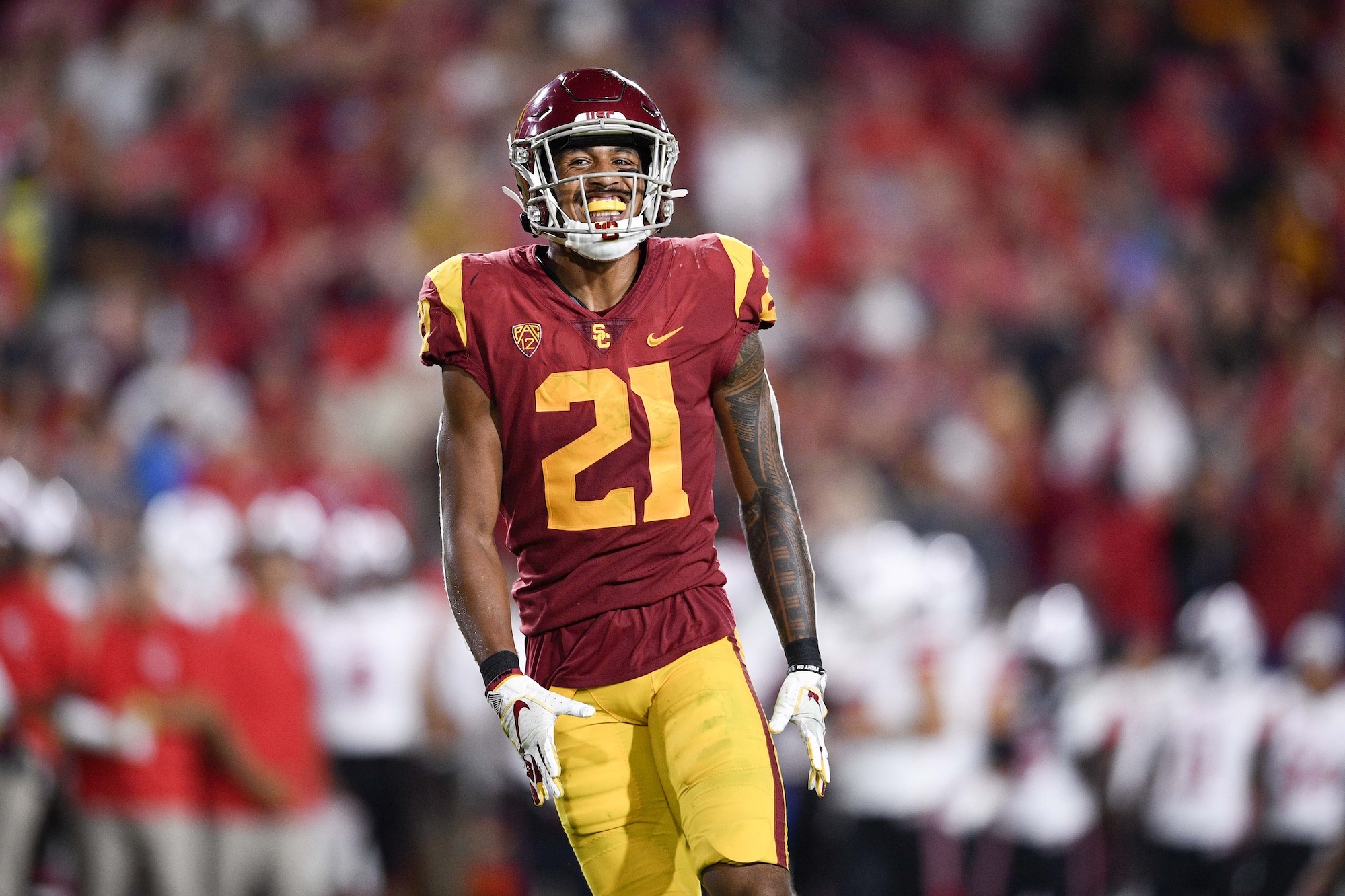 He projects as a core special teams player. He has the size, straight-line speed, and physical toughness to excel in this aspect of the game.

He shows his competitive toughness at the catch point. He is also physical as a run defender and works hard to get ball-carriers on the ground.

Isaiah Pola-Mao is a good athlete with fluid movement skills and agility. In the passing game, he has the versatility in his skill set to align in multiple roles. He can drop down in the slot and cover in man situations. He has some ball production in years past but was largely ineffective in this regard in 2021. He displays good range and fluidity on the back end. In the run game, he comes up hard as a tackler. He has had shoulder injuries which have caused him to miss significant time. This may also affect the manner in which he tackles and even where he aligns.

Tackling: He comes up aggressively when defending against the run. He is a bit light, which may limit his ability to get bigger backs on the ground in the NFL. He is a very good tackler on the perimeter.

Versatility: He has some versatility in his skill set and has aligned in various places in USC’s defense. He can drop down in the slot and cover sufficiently. He also projects with good ability on passing downs and on special teams.

Range: He demonstrates good range on the back end. He can get to his landmark with fluidity due to his football IQ and diagnostic ability. He also projects favorably as a middle-of-the-field player.

Ball Skills: In years past, he had better production on the ball than he had in 2021. He shows a good ability to track the ball in the air and has been extremely competitive at the catch point in prior seasons.

Run defense: He is aggressive when defending the run. However, he is light at the POA. He has had some shoulder injuries which may affect his tackling as well.

Functional Athleticism: He is a good athlete overall. He demonstrates fluid hips and good range in pass coverage. He is athletic enough to excel from multiple alignments.

Flexibility: He has loose hips and this significantly helps his range. He is fluid in his movement and easily changes direction.