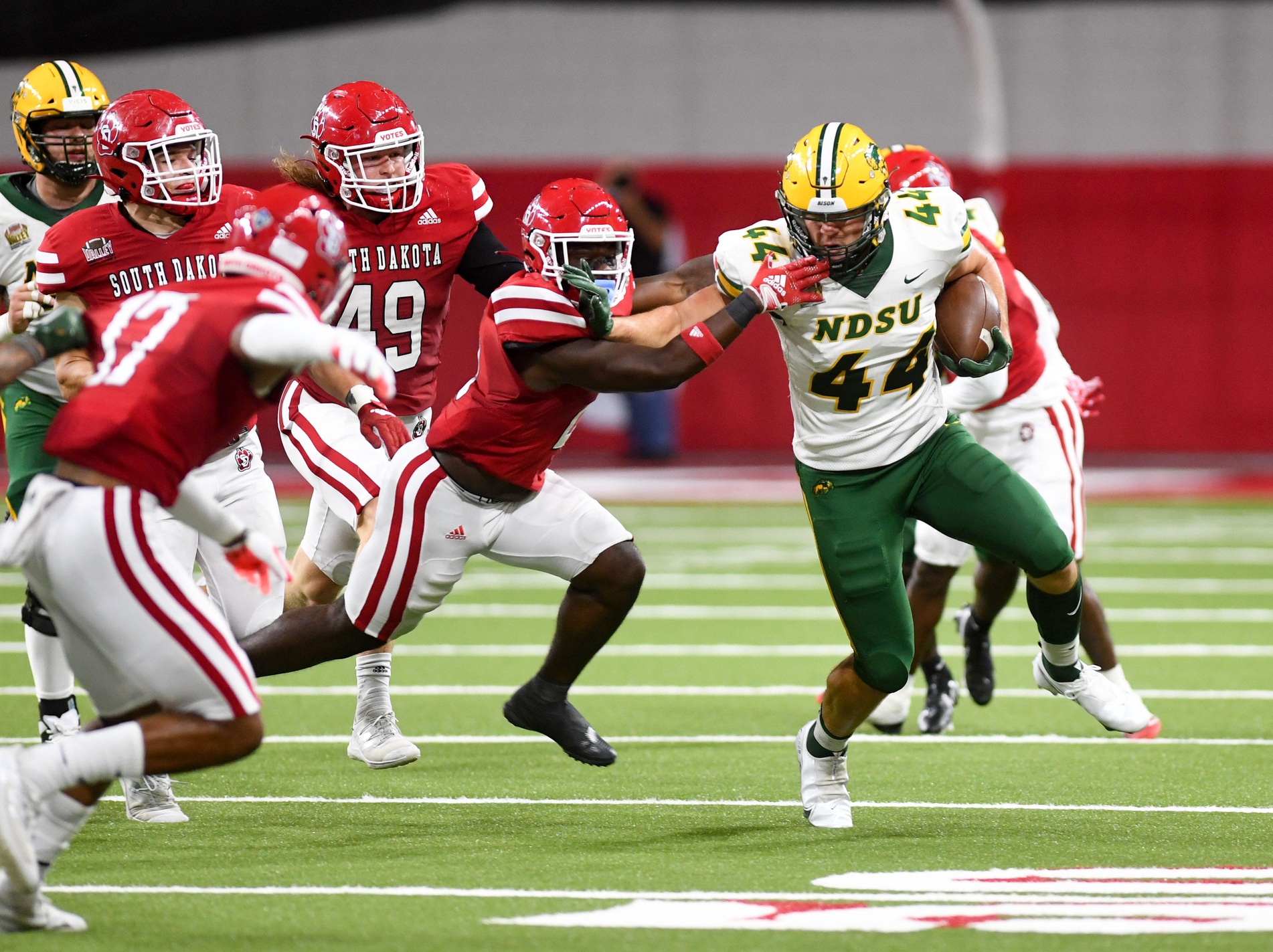 North Dakota State fullback Hunter Luepke projects as a valuable role player at the NFL level. Luepke’s role with the Bison has been one that has been amplified by the smashmouth style of play at North Dakota State, offering him ample opportunities to create chunk gains via play-action passing and power run concepts and overwhelm the point of attack.

Luepke was a two-star fullback recruit from Spencer High School in Wisconsin who received offers from both North Dakota State and Northern Iowa, ultimately committing to the Bison and redshirting his first season with the program in 2018. Since then, he’s become a four-year starter and has seen his range of roles span from primary ball carrier to starting fullback and even aligning at tight end. That level of versatility is the primary key for Luepke’s NFL projection—there’s a chance he offers some level of value and a potential roster spot for all 32 teams. But any team that invests a draft selection into Luepke is going to likely want him to fulfill all of those roles within their individual roster. Some teams will view a hybrid fullback as a non-valuable position, making him a player who likely won’t be for everyone based on offensive ideology.

Luepke shows good power as a ball carrier and excellent competitive toughness—although his vision and elusiveness likely limit his ball carrier reps to short-yardage situations at the NFL level. Many of his wins in the passing game come from power run play-action that forces defenders to suck up to fit the run before Luepke blows by them into space, allowing for large separation and chunk gains. You do see impressive ball skills by Luepke to catch the football on the run and optimize these opportunities. He is a gritty, hard-nosed blocker who offers the discipline and power to successfully pick off and seal gaps for his ball carriers from backfield alignments and as a wing. His universal appeal, however, comes as a special teamer. There’s no reason why Luepke, with his athletic profile and competitive toughness, can’t be a four-phase core special teamer who plays approximately 300 snaps a year.

Expectations for Luepke will vary by team but an NFL team that elects to draft Luepke surely will have the needed multi-faceted role available on their roster to allow him to quickly claim a specialized role.

TOP REASONS TO BUY IN:

Hunter Luepke NFL Draft Scouting Report. Add him to your big board here.