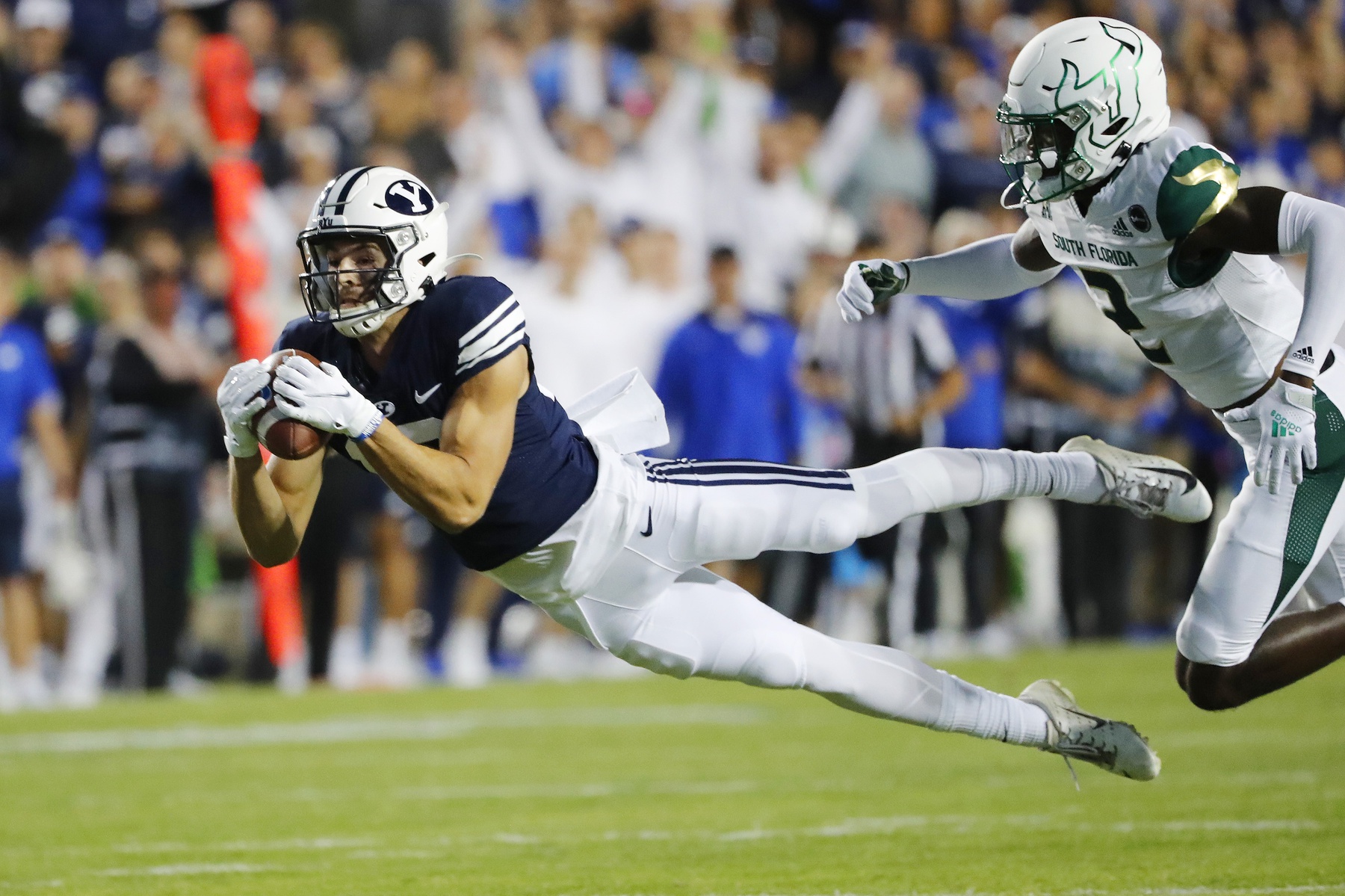 Pros: Gunner Romney makes his impact by showcasing a few hallmark qualities on a weekly basis: he’s tough as nails, he’s got good body control and ball skills to adjust to timing placement throws, and he’s got enough speed to win vertically down the field, even if he isn’t a true blazer at the position. He reminds me of former California receiver Chad Hansen, who enjoyed a productive stay with the Bears from 2015-2016 before being drafted 141st overall by the New York Jets in 2017. He showcases very good concentration in traffic, a sufficient ability to snap routes and separate, and has the flexibility through his frame to open himself back to the football and away from defensive leverage. His quarterback from 2020, Zach Wilson, loved looking for him in big moments and Romney was usually good for a bailout catch into collisions once a game—he was unbothered by an interior defender cutting his route and timing up hits at the catch point. That toughness will be useful for Romney, who I think will need to illustrate chops on special teams to dress early in his NFL career.

Cons: Gunner Romney is a suitable athlete with enough straight-line speed, but I just think there’s something missing from his game that, as Hansen experienced, could provide a barrier and require a more well-developed skill set to make an impact. I’ll give Romney this, I think he’s more physical than Hansen and in the BYU offense, you can certainly see the mentality when it comes time to run the football—although Romney could still stand to improve his sustained contact on the perimeter to hold blocks. Injuries were an issue at BYU last year as well. Romney suffered a knee injury after getting rolled up vs. Arizona, and while he played through it versus Utah, he was on crutches for several days after the incident. He then re-aggravated the injury versus Washington State and missed two more games, plus the USC contest later in the year. A return to health would be helpful for assessing his explosiveness at this point in his career, which I have some questions about. Converting his competitive toughness to physicality on the route stem and at the line of scrimmage would also carve out more paths to success.