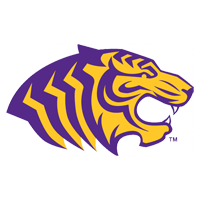 Gregory Junior was a standout corner for Ouachita Baptist and it earned him an invitation to the Senior Bowl. Junior is a dynamic athlete with quick feet, loose hips, and terrific speed. He thrives in man coverage where those traits enable him to be sticky while carrying routes down the field. He is effective in press coverage where he’s able to disrupt routes early and throw off the timing of the concept. He’s a willing participant in run support and is highly competitive on the field. His click-and-close ability is dynamic. When it comes to areas of concern, he will need to adjust to a much higher level of competition and prove that his skill set will translate. He also needs to get stronger and fill out his frame so he can play off contact and tackle more effectively. There is also room for growth in zone coverage in terms of his ability to squeeze routes and adjust on the fly. Junior is an appealing developmental prospect with top athleticism at a premium position.

Man Coverage Skills: Junior fared well in man coverage from my exposures and rarely allowed any separation. He has quick feet, loose hips, and excellent long speed that enables him to stay in phase. Obviously, he will be tested in new ways at the next level but he was sticky in college.

Zone Coverage Skills: Junior has good route awareness in zone, but there are times I want him to be more aggressive squeezing routes when layering coverage. He can get caught between zones and I want to see him adjust on the fly with better confidence. He is aggressive to bait throws and utilizes his dynamic click-and-close skills.

Ball Skills: Junior wasn’t targeted often in my exposure but he did get his hands on the football when he had the opportunity. His ability to stay tight in coverage sets him up well to make plays on the football.

Tackling: Junior has outstanding click-and-close ability with an enthusiastic trigger. He aims low and wraps with consistency. He does need to get stronger to improve his hitting power when he finishes.

Versatility: Junior has appeal in a variety of coverage techniques. He has the feet, hips, and speed for man coverage but is also polished in press coverage to disrupt at the line of scrimmage. He has room for improvement in zone. He gets his work done in run support.

Competitive Toughness: Junior is a competitive football player that takes it personally when he is targeted. He is enthusiastic about being physical and is disruptive at the line of scrimmage. He did get caught in the Southern Arkansas game not finishing the rep and got beat for a touchdown in man coverage near the goal line.

Functional Athleticism: Junior is a springy athlete with loose hips and quick feet. He has the speed necessary to turn, run, and carry routes down the field. He is explosive when he gets the chance to trigger and close downhill. He’s an excellent athlete.

Football IQ: Junior is a sticky pattern-matcher that does well to anticipate route breaks. Overall, he processes well and plays forward with success. I do think he has room for improvement when it comes to zone coverage drops.

Run Defending: Junior is an enthusiastic run defender but frequent reps in man coverage limited his impact against the run. He appears more than willing to get involved. He does need to get stronger so he can hold up better when playing off contact and finishing.

Length: Junior has sufficient length which complements his explosive athletic profile well. He is effective at getting hands on receivers in press coverage and disrupting at the line of scrimmage.