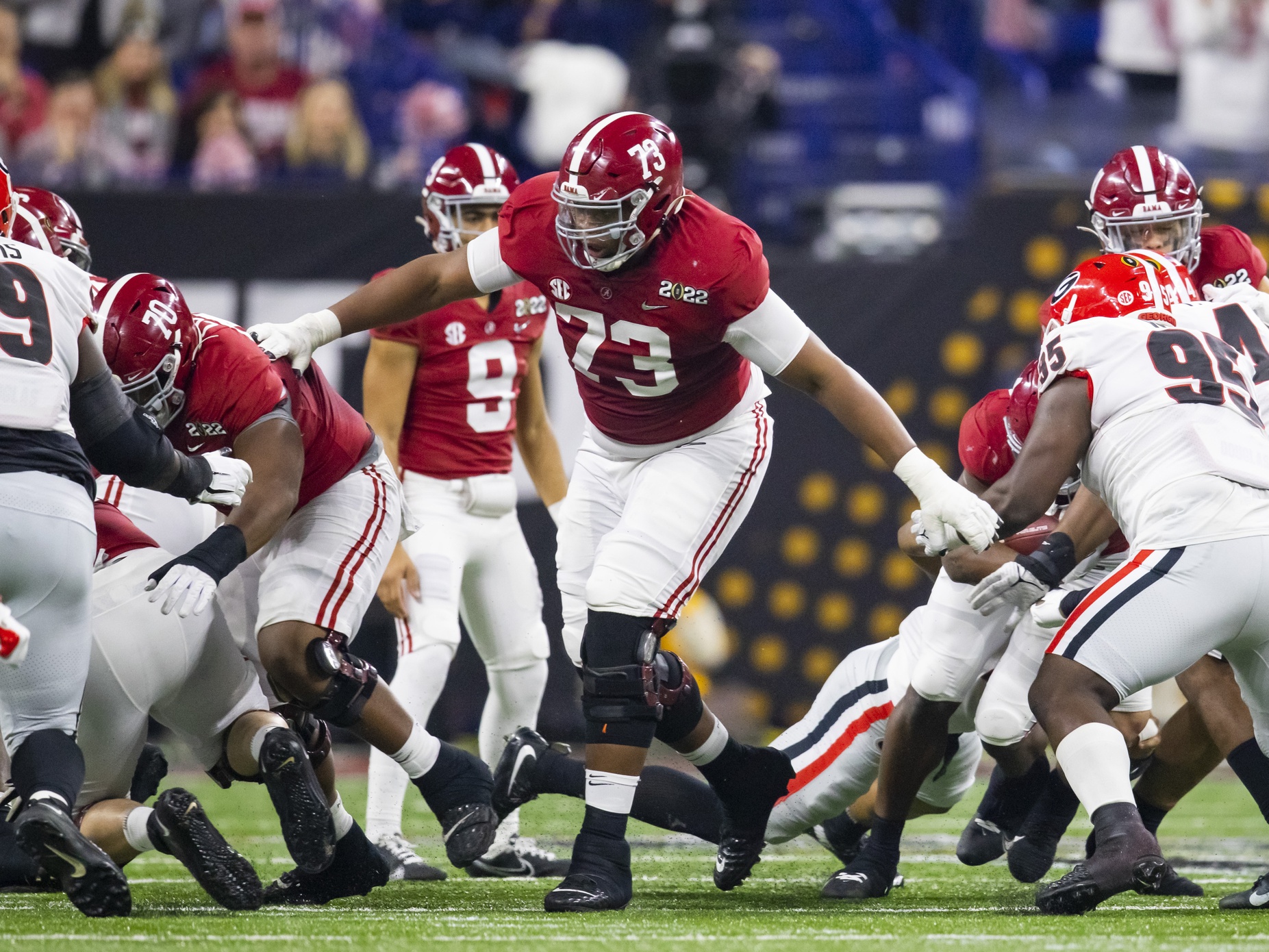 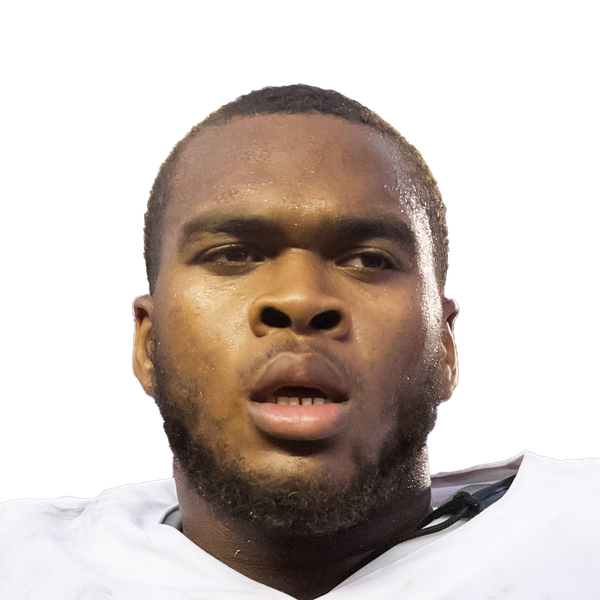 His size and quickness will allow him to become a dominant run blocker in the NFL.

Neal has great power at the POA. Has an elite-level first step that allows him to generate power to move defenders off the ball. This is his No. 1 trait as a player.

He's logged significant snaps on both sides of the line.

Neal showed the ability to have positional versatility during his career at Alabama, playing both RT and LT. He has the natural run-blocking skill set to play RT, but he plays with better pace in pass pro at LT. He also has the mauler mentality in the run game that allows him to play snaps at guard.

He’s most effective when he can beat defenders to a spot and use his massive frame to make them run the arc around him.

He has a quick, explosive initial pass set that allows him to gain leverage on defenders quickly and dictate that track that pass rushers have to take. At times he can over-set, which makes him susceptible to the inside counter move.

Evan Neal is a former 5-star recruit out of IMG academy. Neal possesses a large frame, measuring in at 6-foot-6 and 360 pounds. Neal uses his massive frame and power to move defenders off the line of scrimmage when run blocking. Neal excels at playing in a phone booth and uses his weight to wear defenders down. In his pass sets, he uses his body mass and length to force defenders to run around him and out of the way of the quarterback.

This year, Neal made the transition from RT to LT which seems to be a successful one and one that seems more natural for him. He uses his natural spatial awareness to take away the inside move for defenders and force them around him. Neal has the natural skill set of a right tackle but seems more comfortable at left tackle. This versatility will give more value throughout the draft process and make him a day-one starter in the NFL.

Scheme Fit: A downhill power scheme that allows him to use his rare combination of size and power to punish defensive lineman.

Balance: Neal has great linear movement but struggles to redirect laterally due to balance issues. In the run game, he gets too far over his feet and it causes him to miss defenders. His pass set can be thrown off-balance when defenders use quick counter pass-rush moves. Quicker defenders force him to use reactionary athleticism, which is not a strong trait of his and exposes his balance issues when moving laterally.

Competitive Toughness: Displays good competitiveness throughout the evaluation. An active run blocker that made the extra effort to finish blocks. Looks for extra work when he doesn’t have a pass-rush responsibility. Showed enthusiasm about making the extra block and played through the whistle.

Lateral Mobility: This is the biggest question mark of Neal’s game. He lacked elite quickness to react laterally to defenders’ counter moves in pass protection. Displayed average ability to redirect when working to second-level defenders when trying to run block, resulting in him missing blocks.

Length: Neal’s length is one of his best assets. Neal uses his wide wingspan to run defenders around the arc of the pocket to prevent sacks in pass protection. He also uses his length to get a grasp of pass rushers and prevents them from getting into his chest during a bull-rush move.

Football IQ: He demonstrates average Football IQ. Struggled to ID blitzers and what guys to pick up, resulting in free blitzers to the QB. There are plenty of examples of this in the 2021 Texas A&M game. This could be a result of him switching from RT to LT and not knowing the different pass protection principles associated with the position.

Hand Technique: Neal has good strength in his hands that results in a strong punch that initially shocks defenders. Neal’s balance issues affect his hand placement location at times. There were examples of Neal getting off balance and missing his initial punch when trying to engage with defenders throughout his film.