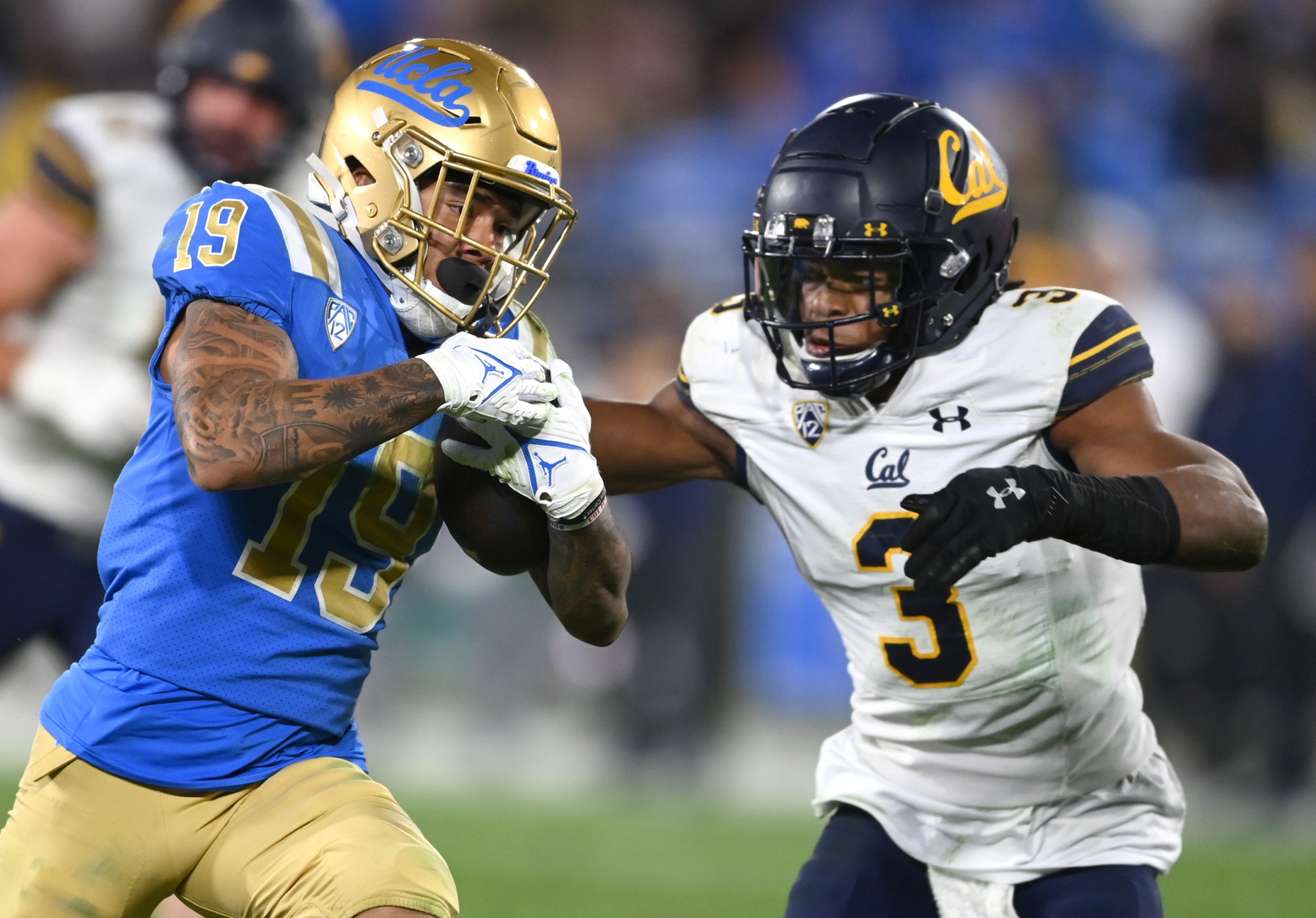 He plays the game with good football IQ. He is instinctive and does a good job with his run fits. His instincts help him to also make plays in the passing game.

Elijah Hicks is a senior who aligns at safety for the Bears defense. He has also aligned in the slot in coverage situations vs 10 and empty personnel groups. He is a sufficient-level athlete with good movement skills, agility, and quickness. In the run game, he quickly flies up to be a participant. He has good feel for run fits when coming down as a tackler. He’s a little undersized by ideal measurables. However, his toughness and aggressiveness help him in these situations. In the passing game, he plays with good instincts. He has sufficient ability to cover from the slot but may be better zoned up where he can utilize his good instincts. He has a history of production and can take advantage of off-target throws. His range is sufficient but can get to his landmark in zone in a timely manner.

Tackling: He is a tackling machine. He flies up hard in the run game and is very effective in this regard. He also has good tackling efficiency.

Versatility: Although he can cover in the slot in short spurts, in my opinion, he lacks true versatility in this regard. He should remain aligned on the back end where he has proven to be effective. He has some value as a core special teams player as well

Range: He has sufficient range on the back end. His speed and ability to diagnose quickly help him to get to his landmark quickly.

Ball Skills: He demonstrates good ball skills. He does a good job of affecting the passing game. He takes advantage of off-target throws to secure the interception.

Run Defending: He has good production as a run defender. He has good tackling efficiency and doesn’t miss tackles often.

Functional Athleticism: He displays good functional athleticism especially while he is defending the pass. He can cover in the slot in shorts spurts. He also can read and react as a zone defender.

Competitive Toughness: He demonstrates good competitive toughness as a defender. He displays his toughness when coming down as a tackler. He competes hard in the passing game to get his hands on the ball.

Flexibility: He has good flexibility as a player. There is nothing glaring in his game in this regard. This also helps his range to get to this landmark.

Special Teams: He has the skill set to play on special teams coverage units. He is tough and aggressive, which will help him as a core special teams player.