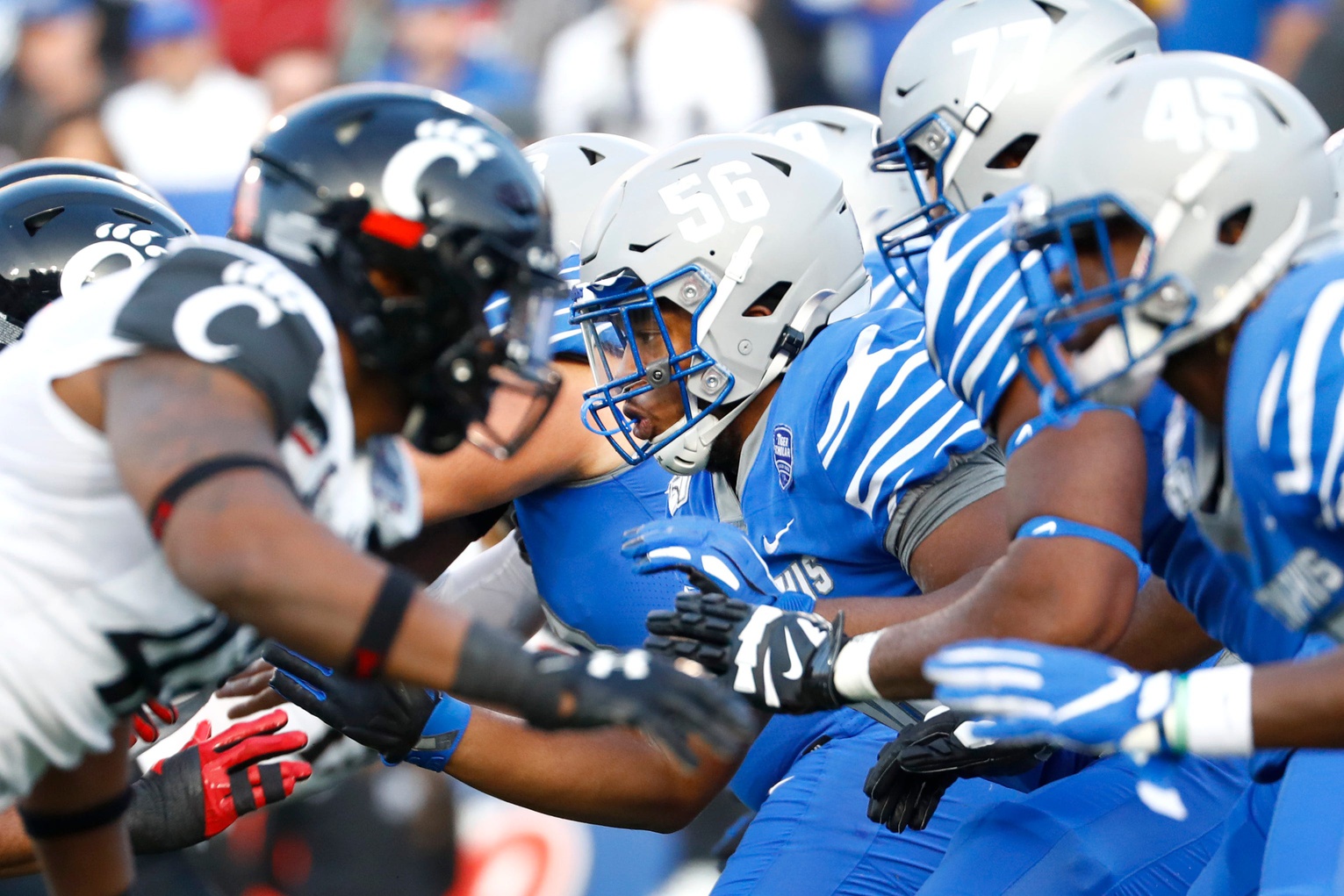 Have you ever seen a dancing bear?

Parham is an exceptional athlete that is a smooth operator and controlled in space. With that said, his contact balance leaves something to be desired, especially when defenders are able to get their hands on him. Parham does well to play within himself and not overextend.

Feels to be just scratching the surface.

Given his transition from a LB/TE in high school and his first year at Memphis to becoming a four-year starter for the Tigers at three different spots on the offensive line, it’s fair to say he has a strong understanding of the game. He is committed to paying with low pads and consistent technique. There are some instances where his timing is off in the run game with combos and reaching landmarks in space.

Carmen Sandiego has a hard time keeping tabs on where he's at.

Parham has four seasons of starting experience with two seasons at left guard, one at right tackle, and one at right guard. Unfortunately, he has never played center, which is the most ideal position for his body type. He is a zone-blocking scheme offensive lineman only.

A linebacker and tight end in high school, Dylan Parham also lettered in basketball and track. In track and field, Parham participated in sprints and jumps, which isn’t typical for the position he played on the gridiron. Parham went to Memphis to play tight end but moved to the offensive line in the spring of 2018 and became a four-year starter for the Tigers. His first two seasons were at left guard, his third season was at right tackle, and he finished his career at right guard in 2021.

As you would expect based on his background, Parham is a terrific athlete. He is a smooth operator with nimble feet and is extremely flexible. As a pass blocker, his athleticism shines. He easily frames defenders and has the foot quickness to slide and mirror pass rushers. As a run defender, Parham is a technician that does well to establish body positioning. Parham offers great overall range as a blocker.

Competitive Toughness: It’s easy to appreciate how Parham is willing to exchange power in the trenches with defenders. He continuously looks for work and there are some flashes of nastiness from him on tape. With that said, he falls short of earning labels like “mauler.”

Anchor Ability: Parham does well to maximize his functional strength by playing with consistently low pads and good knee bend to help anchor at the point of the attack. He is thick below the waist and his hops are generally leveraged.

Lateral Mobility: Parham has terrific lateral movement skills and he easily redirects. He is springy when sliding his feet and changing directions. He easily hinges and pivots and overall, brings terrific range.

Power at POA:  Despite good temperament into blocks, he has not always shown to have the power  necessary to consistently create consistent movement. Most of his high level work in the run game is predicated on body positioning.

Hand Technique: Parham has quick and active hands. He competes to maintain his hand fits to help sustain blocks, but his grip strength is only modest. While I appreciate his high hand carriage and quick punch, there is little variance to the way he activates his punch.

Pass Sets: Parham has nimble feet and has no issues reaching his set points and staying square in pass protection. His springy feet allow him to slide and stay square once he has defenders framed. With that said, the Memphis offense doesn’t feature many true pass set opportunities so there is a notable curve to keep in mind for him at the next level.

Flexibility: Parham has terrific flexibility. His hips are loose and he easily hinges and pivots. He can bow his back and he has natural knee bend. He firmly checks this box.