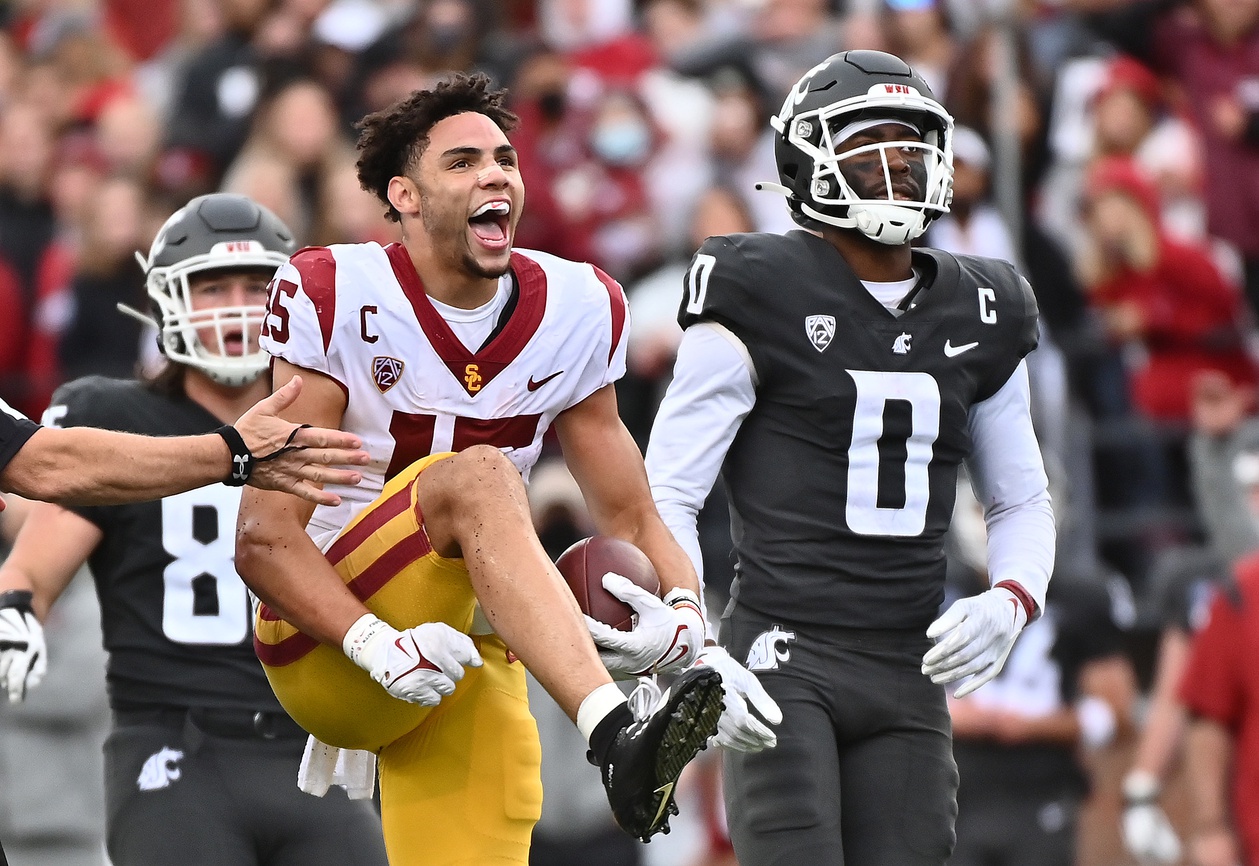 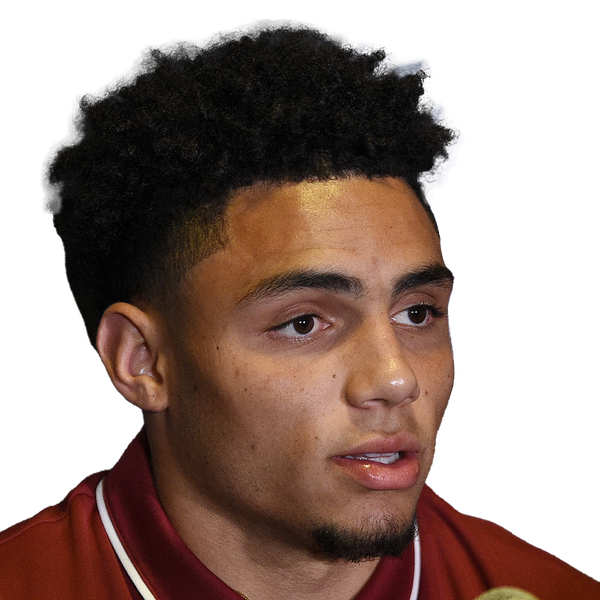 Total pain to try to tackle on the edge in one-on-one situations — as evidenced by how often USC fed him the ball in the quick game and let him work.

He is surprisingly good running after the catch. For a bigger receiver, he is elusive and can get positive yardage. Because he’s also a bigger-bodied guy, he is difficult for smaller defenders to tackle.

He doesn't necessarily win in the traditional ways with consistency — yet. But you should still grade him on a curve given his frame.

On the surface, you may not think he is a good separator due to his big frame. However, bigger receivers should be judged on a different platform than smaller ones. He can separate at the top of the route and has good speed to win vertically as well.

His ball skills and ability to win in contested situations really pop off the screen. This is a big strength.

He has strong hands to secure the football in contested-catch situations. He also does an excellent job contorting his body to catch off-target throws. He also displays a good ability to track the deep ball and secure the catch.

Drake London is a former multi-sport standout who has also competed on the USC basketball team, and that skill set has certainly transferred over to the field. He is an excellent athlete with regards to jumping ability, body control, and agility for a big receiver. In the run game, he has the potential to be a dominant run blocker due to his toughness, length, and competitive spirit.

He is surprisingly very good as a runner after the catch. In the passing game, he is excellent. He has outstanding body control and agility as a route-runner and uses his bigger frame to “big boy” smaller receivers. He is excellent in contested-catch situations and uses his strong hands to secure the football in traffic. His separation ability at the top of the route is sufficient but bigger receivers should be assessed differently than shorter, more agile ones. He is a downfield threat in the passing game and even if the corner is in phase, London will likely win the contested-catch situation. While he has played outside, playing this receiver as a big slot or off the ball at Z could free him to maximize his outstanding physical ability.

Ball Skills: He has outstanding ball skills. He has an uncanny ability to track the deep ball. He also has an outstanding catch radius and jumping ability. So even off targeted throws he can clean up and make the QB look good.

Competitive Toughness: London plays with competitive toughness. He catches 6 routes when contact is imminent. He will run block and is tough to get down when he has the ball in his hands.

Big Play Ability: He is a big-play threat whenever his number is called. He has the speed to beat you vertically and he will likely win the contested catch. He’s a surprisingly dangerous runner with the ball in his hands, as well.