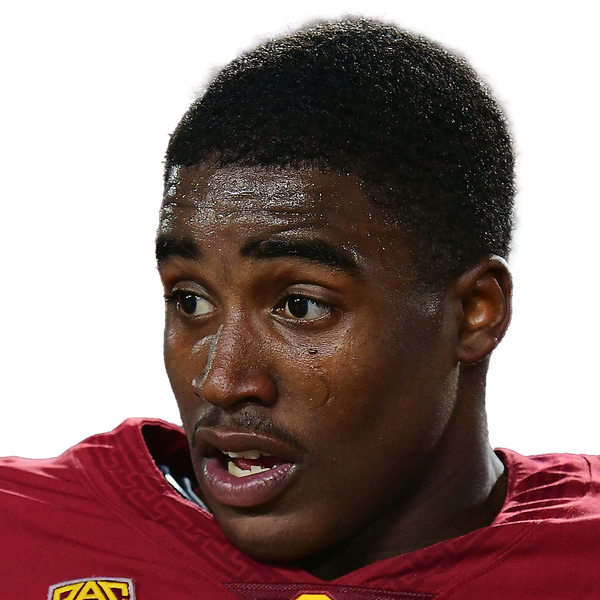 Jackson's raw explosiveness is a great foundation for a team to work with and build up.

He demonstrates effective first-step explosiveness off the snap; particularly in obvious passing situations. He typically gets a better get-off from a three-point stance than a two-point one.

Jackson is a plus athlete whose movement skills will help him keep contain on the edge with further growth in addressing blocks.

He plays with good lateral mobility. He effortlessly moves down the line of scrimmage and to the football. He also shows good flexibility to move laterally back inside after he rushes upfield.

Surface reduction on the edge gives him a good chance of forcing missed punches when attacking with speed.

He plays with good flexibility on the edge. This is demonstrated in his ability to get upfield, bend, and get the edge. He is not as advanced as he should be with regards to counters after his initial move has been thwarted.

Drake Jackson is a good reactive athlete, as evidenced by his get-off, swivel, and bend on the edge. In the run game, he is seemingly most effective when plays are run away from him, as he has moments of struggling when he is a play-side defender. Conversely, he can bend, get in the gaps, and disrupt run plays in the backfield with quickness and agility when he can use his athleticism and speed to pursue the football.

When plays are run at him, he can be inconsistent. When linemen get their hands on him, he can struggle to disengage. Although he displays good length on the edge, he is only sufficient as an edge setter. In the passing game, he uses his athleticism to beat linemen on the edge. He’s a little unrefined as a pass rusher but wins with pure athleticism and quickness. He effortlessly drops into coverage and is even athletic enough to walk out in coverage over slot receivers.

Jackson has moments where he feels like a finesse player who doesn’t play with the violent, contact-seeking temperament you’d like to see from defenders. He can afford to improve his strength at the point of attack. As a result, when linemen get their hands on him, he struggles to disengage. He exposes his chest much too much as a pass rusher and overall has been really inconsistent as a defender. Although somewhat unrefined as a pass rusher, Jackson has some redeeming value due to his length and athleticism on the edge.

Hand Counters: He could really afford to improve his hand usage overall, as well as counters. He doesn’t really have a plan on the edge in both instances of trying to flash hands and create a free run past a block or when needing to break down blocks and get off of established contact.

Hand Power: He doesn’t have the type of power in his hips and hands that translates to him having success somewhere other than the edge. He has a wiry frame and his lack of good power doesn’t allow him to disengage at the rate that he should.

Run Defending: He needs to improve at defending the run, particularly when he is the play-side run defender. He’s better as a chase player where he can use his lateral mobility to get to the football.

Effort: He plays the game with inconsistent effort at times. On obvious passing downs, he is slightly more effective as a decisive rusher to play in attack mode and press the issue. Would like to see more effort and precision getting off blocks at the point of attack.

Football IQ: He plays the game with good football IQ. He can take the next step while learning to set tackles up throughout the game. He also shows adequate ability to alter his rush depending on where the QB steps up in the pocket

Functional Strength: He can get overwhelmed when reduced inside. He has a wiry frame and lacks the overall bulk, strength, and mass to be a traditional 4-3 defensive end. He played stronger at the point of attack during his sophomore season when he played heavier.

Versatility: He lacks true versatility. At this stage, his skill set is best suited as a 3-4 OLB. He lacks the bulk, mass, and strength to be a traditional 4-3 DE.