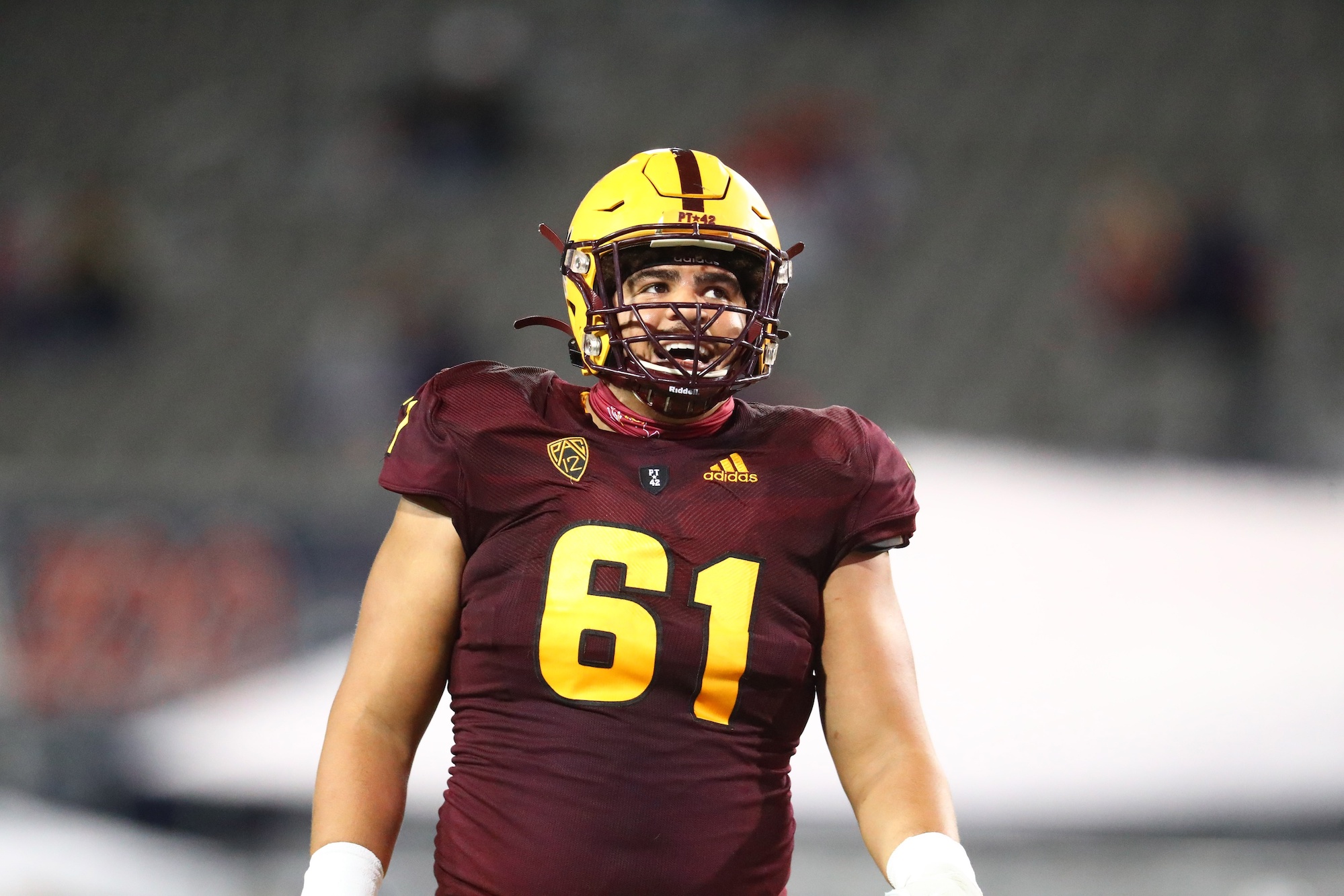 He is a good athlete with good movement skills. He easily climbs to the second level and can engage as well. He has shown the ability to snap and get out on the perimeter.

He does a good job of playing with good pad level. He bends sufficiently well in the interior. This helps him to anchor against power rushers.

Dohnovan West is a junior who aligns at center for the Sun Devil offense. He has also started games at right and left guard in his career. He has good proactive athleticism, as evidenced in his lateral agility, balance, and body control. In the run game, he does a good job of coming off the ball hard to strike. He’s athletic enough to pull and get out on the perimeter while also engaging at the second level. In the passing game, he demonstrates good ability to get them in the right protection. He has good hand quickness to snap and get in his set. He demonstrates competitiveness and good functional strength to anchor against power rushers. He plays with good awareness and intelligence. He has good latch strength in his hands and can redirect laterally with ease. In the NFL, he is a talented player who could ascend to be a starter by year two at any of the interior positions. He needs to continue to work toward consistency with regard to his technique. However, his schematic and positional versatility only adds to his value and his best football may be ahead of him.

Scheme Fit: Any offensive scheme but would excel in a zone-blocking scheme

Power at the POA: He has sufficient power at the point of attack. He has the frame to gain more mass if he chooses. His good functional strength and disposition also contribute to his ability to play with power and physicality.

Hand Technique: He has strong hands, as evidenced by his latch strength. However, from a technical standpoint, he needs to continue to refine his hand placement. Becoming more consistent with his technique will improve his hands.

Football IQ: He plays with good football IQ. He plays with awareness and keeps his head on a swivel. He gets them in the right protection when the defensive line has shifted, as well.

Versatility: He has true positional versatility. He has started this entire year at center, but has also been a prominent player at both right and left guard.

Pass Set: He is good in his pass set. He is a good athlete who can redirect laterally when a defender tries to cross face. He plays with a good base while in his pass set.