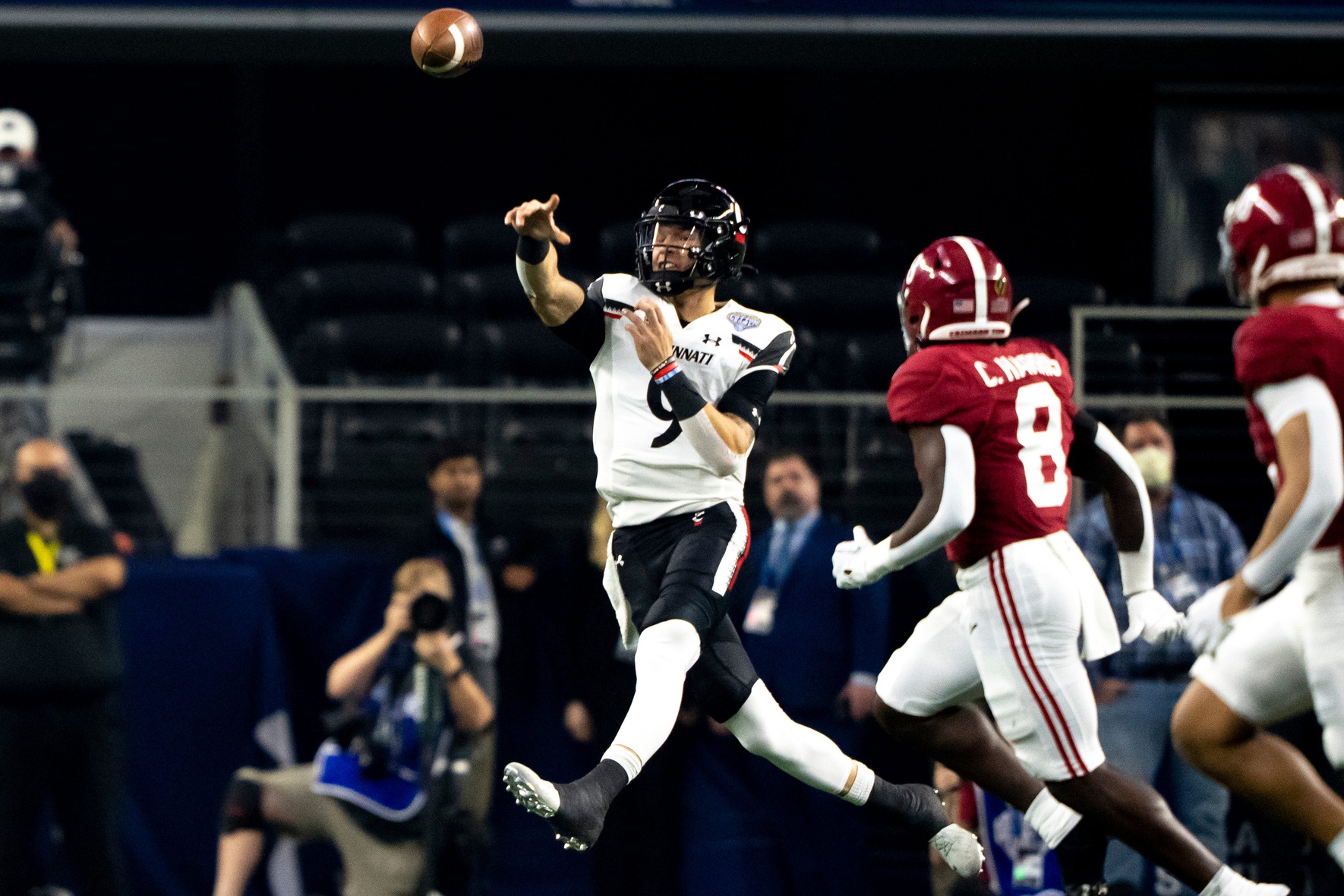 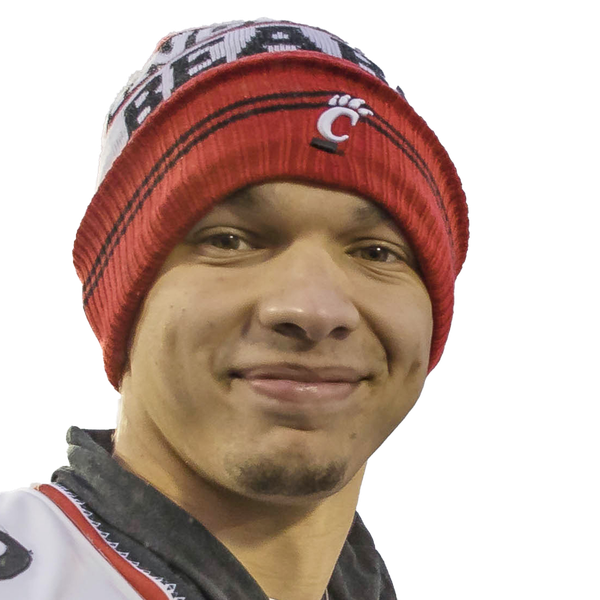 Ridder was a central figure in the Bearcats' transformation into a national championship contender.

Ridder has been a key leader within a Bearcats program that has achieved incredible success with him at quarterback. He is known for his maturity off the field and recently became a father. His mother was 15 when he was born and he was raised by his mother and grandmother. Ridder is battle-tested and has been unfazed by the massive stages he’s been tasked with stepping on despite playing at a non-Power 5 school.

Ridder is a dual-threat quarterback with plenty of athleticism. He is an outstanding runner where his size, vision, and ability to break tackles shine. Because of his mobility, the entire playbook is available for Ridder and he doesn’t have any physical limitations.

Ridder's at his best in a balanced offense.

Ridder can work progressions but asking him to consistently serve as a drop-back passer that has to exhaust progressions wouldn’t be the best utilization of his skill set. He’s the type of quarterback that will require a mix of manufactured throws, moving the pocket, RPOs, and involvement in the run game. He can do more to manipulate coverage with his eyes and execute full-field reads with consistency.

Cincinnati quarterback Desmond Ridder is an accomplished quarterback that has been a big reason why the Bearcats have been such a prominent program in the college football scene despite not playing in a Power 5 conference. He enters the NFL after four seasons of starting experience and there’s no question he’s battle-tested and tough. Throughout his career, Ridder has demonstrated steady growth and improved in every season.

When forecasting him to the next level, Ridder checks the boxes in terms of size, arm talent, mobility, and experience. His arm talent gives him access to the entire field and he is an exceptional runner who showcases outstanding vision, athleticism, and the ability to break tackles. Because of his dual-threat ability, the entire playbook is available for Ridder’s offense because he doesn’t have any physical limitations. When it comes to areas in need of continued growth as Ridder enters the next level, his ball placement and decision-making stand out. At this point, Ridder only has general accuracy. Despite some impressive flashes of accuracy, overall he is inconsistent.

While Ridder is far from a turnover machine, his decisions with the ball can be overly aggressive and sometimes fail to account for leveraged defenders. In addition, Ridder has room to improve his mechanics so that his ball placement isn’t as impacted when he cannot achieve his desired sequencing. For a team in need of a franchise savior at the top of the draft, Ridder might not be the right target. For a team with a sound infrastructure and running game that can be relied upon, Ridder has the makings of a reliable starting quarterback with appealing physical traits, experience, and leadership qualities.

Scheme Fit: Run-first offense that features blended concepts in the passing game and involves the quarterback in the running game

Accuracy: Ridder has impressive flashes of accuracy overall, showcasing the ability to work the football into tight windows and put the ball on his targets. With that said, he has to find more consistency with ball placement. He has general accuracy, which often leads to failed opportunities for his targets to catch the football in stride and invites contested-catch points. When his process is hurried, he struggles to slot throws when his feet aren’t set and he needs to find ways to be more consistent with his accuracy when he’s unable to achieve his desired sequencing.

Decision Making: Ridder is inconsistent with his decision making. While he isn’t a turnover machine, he will put the ball in harm’s way too frequently. Whether it’s trusting his arm too much or not accounting for a leveraged defender, Ridder needs to cut down on turnover-worthy plays. Ridder needs to be more willing to take what the defense gives him, identify that quicker, and pull the trigger—he can get greedy and try to do too much.

Poise: There’s a lot to like about the toughness and poise of Ridder. He never seems fazed by challenges and he is battle-tested. He hangs tough in the pocket under pressure and is extremely competitive.

Release: Ridder’s overall process has sped up throughout his career at Cincinnati which has led to more consistent results as a passer. He is fully capable of altering his arm slots and getting the ball out quickly. The ball jumps off his hand but he is still maturing in terms of understanding the proper weight to put on the football based on the appropriate type of throw required on a given play.

Pocket Manipulation: While he has lapses of feeling pressure, Ridder does well to keep his eyes down the field when facing pressure and isn’t often guilty of leaving a clean pocket. He has easy mobility within the pocket and there are plenty of instances where he slides or steps up to avoid a rusher, hits a throw, or wisely takes off with the football and picks up a massive chunk of yardage as a runner.

Arm Strength: Ridder has a live arm and the football jumps off his hand. He has the ability to generate the velocity necessary to slot the football on outbreaking routes to the field and push the ball down the field vertically. His arm strength gives him access to the entire field.

Mechanics: Ridder has room for improvement with his mechanics. When his process is hurried, he struggles to slot throws when his feet aren’t set and he needs to find ways to be more consistent with his accuracy when he’s unable to achieve his desired sequencing. He can be toesy in the pocket and has to do a better job getting his hips and shoulders aligned to his targets, particularly when throwing left.