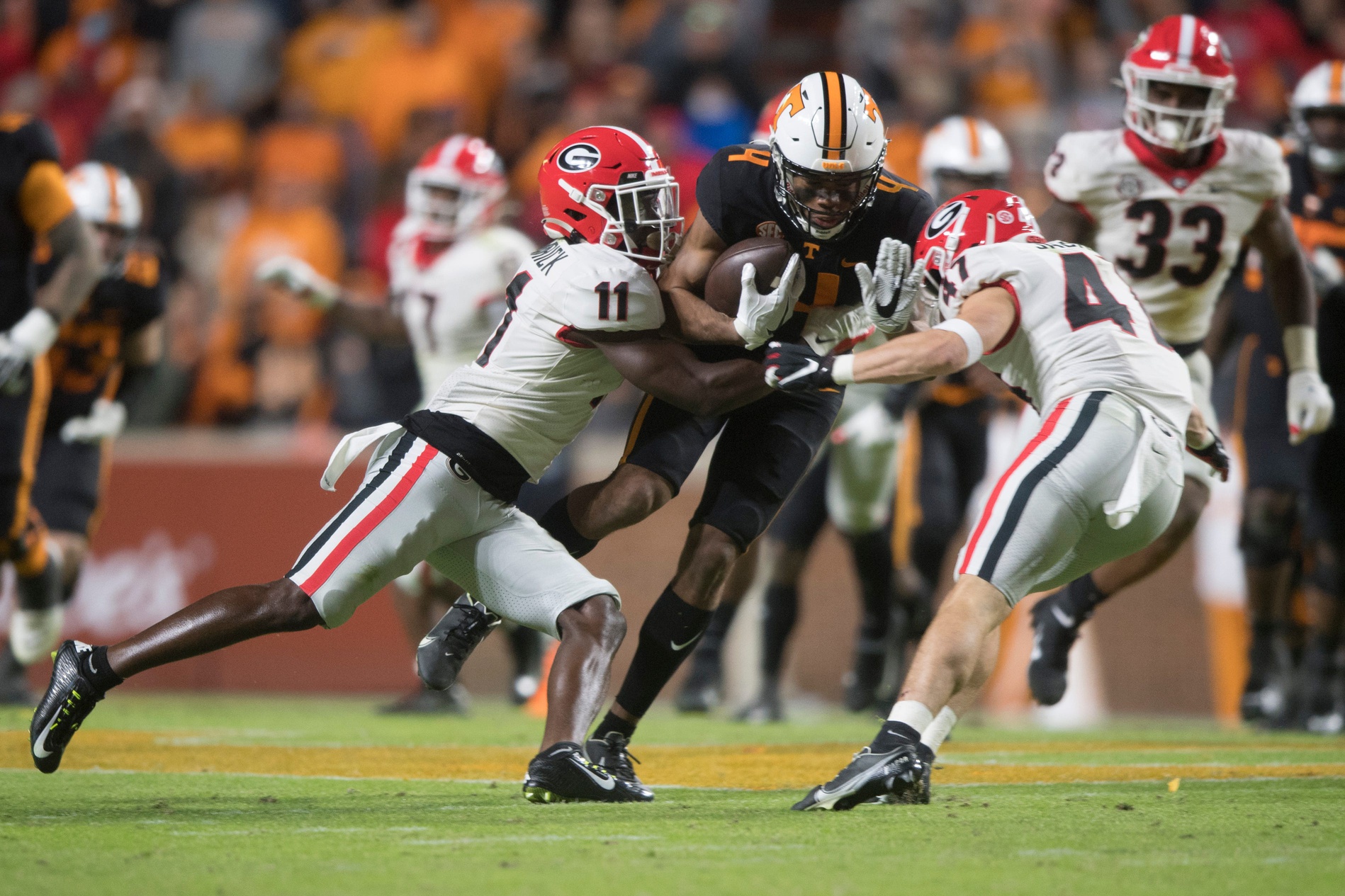 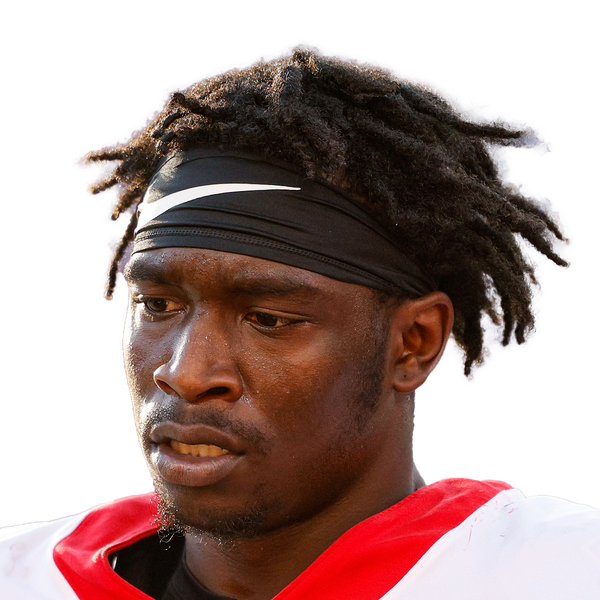 Kendrick is better in zone situations than man. When he can play with vision, he does a better job with ball production. He doesn’t show consistent awareness for route combinations, though; although there should be optimism that such instincts can further develop considering he was originally a WR.

Derion Kendrick began his career at Clemson before transferring to Georgia. He is a sufficiently reactive athlete with good movement skills and agility in coverage. In the run game, he is a willing tackler who will come up versus the run but is a bit light at the point of attack. In the passing game, he is raw in his technique and eyes. He plays the game from an open position in off coverage in man and zone situations. He’s really undisciplined with his eyes. While it hasn’t gotten him in much trouble at Georgia due to their overall defensive talent and scheme, it could be problematic in the NFL. From press-man, he can mirror, open his hips, and stay on top. He could afford to use his good length in press to be a better re-router. He demonstrates a lack of elite top-end speed. He’s better in zone situations from off coverage where he can keep his eyes on the quarterback, see the ball thrown, and use his athleticism to react. On third downs, he should remain predominantly outside. He is extremely raw in his technique but has redeeming value in his athleticism, fluidity, and ball skills.

Scheme Fit: Defense that implements a lot of zone concepts

Man Coverage: He is really inconsistent in man coverage. He opens the gate quickly and plays the game in bail from off, which can be problematic. This limits his ability to close separation quickly and creates concern that he may not be a sustainable player in this role.

Ball Skills: He demonstrates good tracking ability with the ball in the air. He has shown the hands to secure the interception. He needs to do a better job with ball production and getting his hands on the football.

Tackling: He is a willing tackler in the run game. He needs to be more consistent as a wrap-up tackler against the run. He’s slightly more effective on the perimeter.

Versatility: He lacks true versatility. His skill set is best suited on the outside only. He doesn’t have the skill set to play inside in sub-package situations. As such, he’s going to have to be given time and patience to develop in order to play on the outside.

Competitive Toughness: He does a good job competing with the ball in the air. He displays some toughness when he comes up in the run game. He can do a better job of closing separation when he is in off alignment, though.

Functional Athleticism: He has good functional athleticism. He is an easy mover who moves with fluidity. He lacks good deep speed but is a fluid mover.

Football IQ: He demonstrates a sufficient level of football IQ. He could show better awareness while in zone. He also can afford to get better with regards to situational football and down and distance.

Run Defense: He is a willing defender against the run. He comes up hard in the run game but isn’t always efficient as a tackler. He’s better on the perimeter against receivers.

Length: Although he’s not extremely tall, he appears to have long arms. He needs to do a better job using his length as a re-router in press.